Bentley is getting ready to unveil the new 2012 Bentley Continental GT V8 at the 2012 North American International Auto Show in Detroit. The GT V8 features a new, more fuel-efficient V8 engine, which is a first for the otherwise W12-only lineup. 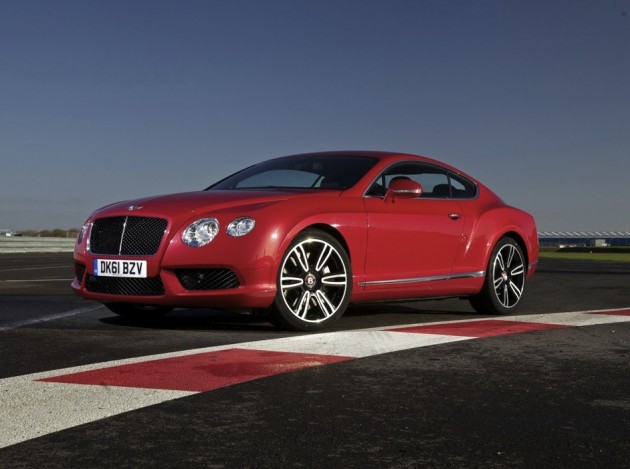 The 2012 Bentley Continental GT V8 is the new entry-level GT, if a Bentley can ever be considered ‘entry-level’. It features an Audi 4.0-litre twin-turbo V8 producing 373kW of power and a stump-pulling 660Nm of torque.

Acceleration from 0-100km/h is taken care of in just 4.8 seconds, while top speed is rated at 303km/h. Part of this acceleration potential is down to a new eight-speed automatic transmission.

The new 2012 Bentley Continental GT V8 is not only a quick bit of kit, it has also been created to be more friendly to the environment and your hip pocket compared with its bigger W12 brothers. Bentley says fuel economy is improve by up to 40 per cent over the W12. This is partly due to cylinder deactivation technology which cuts four cylinders during light throttle loads and highway cruising. 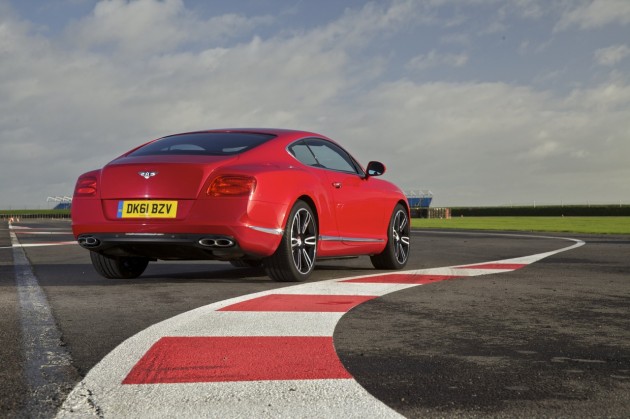 Distinguishing features for the GT V8 compared with the W12 include a black mesh grille with chrome surround, three lower air intakes in the front, figure ‘8’ exhaust outlets, and a darken rear diffuser section.

Bentley Australia has said the new entry-level model will hit local showrooms during the third quarter of this year. Click play on the video below as former world rally champ Juha Kankkunen talks about the new model.