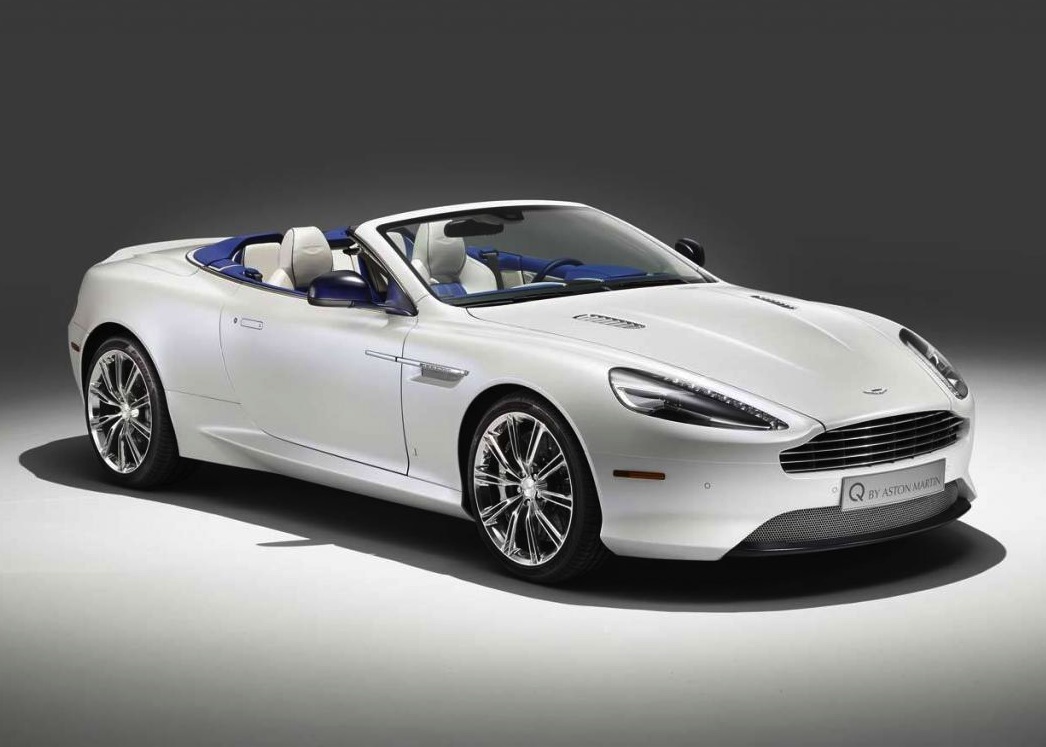 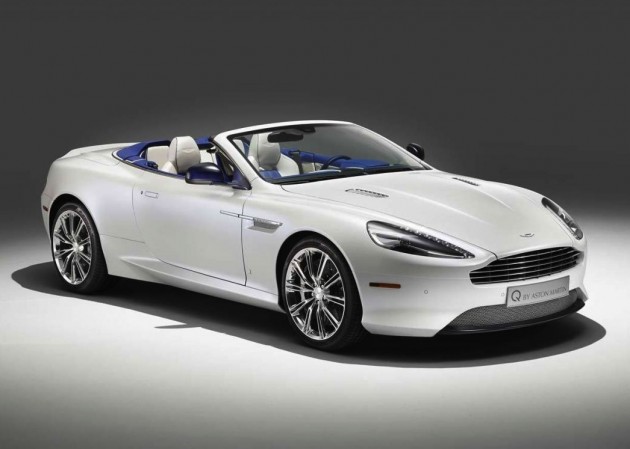 Featured on the exterior of this one-off Aston are subtle changes that include new blue carbon fibre side mirrors and front lip spoiler. Keeping the convertible dry inside is a blue soft-top, with theme continuing through the cabin with two-tone white and blue leather trim. There’s also a new blue leather-trimmed steering wheel.

Under the DB9 Volante Morning Frost’s bonnet sits Aston Martin’s 5.9-litre V12, producing 380kW and 620Nm. The engine provides enough power to shoot the topless DB9 from 0-100kmh in just 4.6 seconds, with the ability to run onto a top speed of 294km/h. Hooked up to the big V12 engine is a six-speed automatic transmission that features paddle shifters for a more involving drive.

Despite being around since 2004, the DB9 still looks as stunning as it did when it was launched (don’t you think?). The regular 2014 Aston Martin DB9 Volante is currently on sale in Australia from $380,400 (excluding on-road costs).