Honda has pulled the wraps off a brand new Honda CR-Z Mugen RR Concept at the 2011 Goodwood Festival of Speed. The car features an obvious chunky bodykit and could include some engine performance upgrades. 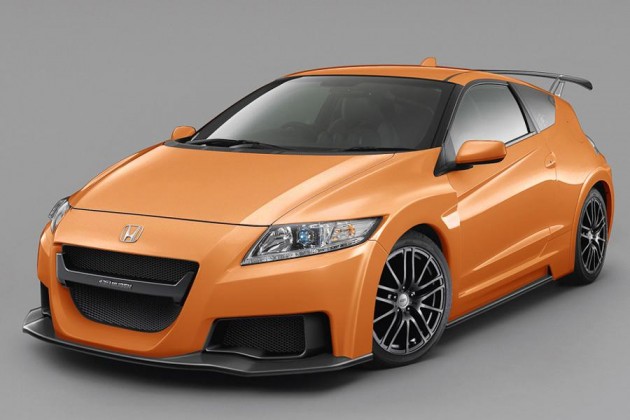 Although the Honda CR-Z is a hybrid, it’s definitely the sportiest hybrid currently on sale. It was originally conjured up by Honda as a retake of the original Honda CR-X of the late Eighties, with a sleek swooped-down hatch design and a moderately aggressive front end stance. This Mugen RR Concept version though, it gets an entirely new bodykit which transforms it into a full-on Fast and Furious-style racer, only more tasteful.

It’s unknown if Mugen has stuck with the standard 1.5-litre petrol four-cylinder unit and the IMA hybrid system. In the standard car, this duo is good for a combined output of 91kW. Mugen hasn’t release specific engine details of this RR Concept version, but we’ll assume it’ll at least feature the standard Mugen CR-Z package which includes upgrades unleashing a very healthy 147kW. Being a relatively lightweight setup (1211kg) it means it goes into the same league as a MINI Cooper John Cooper Works.

Mugen also specialises in making Honda’s steer even better, so it’s only natural this RR Concept would feature a completely overhauled suspension package including stiffer and lower springs and uprated shocks. Although, such details are yet to be announced.

The Honda CR-Z Mugen RR Concept is unlikely to go on sale, but like the normal Mugen CR-Z, selected items may go on sale as separate performance parts. 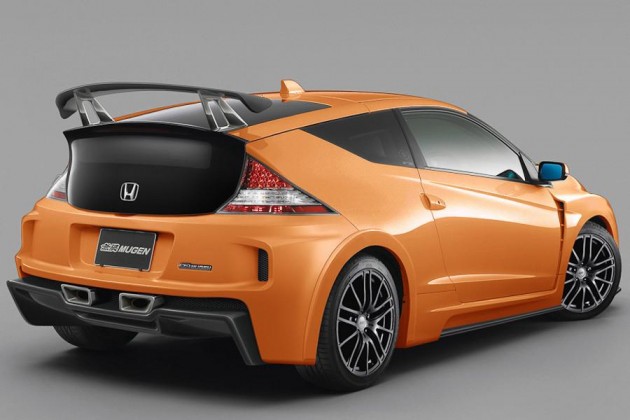