Images of the Honda Civic Tourer concept have been revealed online just days before its public unveiling at the Geneva Motor Show in Switzerland. As you can see, the concept gives us some indication of what a future wagon version of the current Civic could look like. 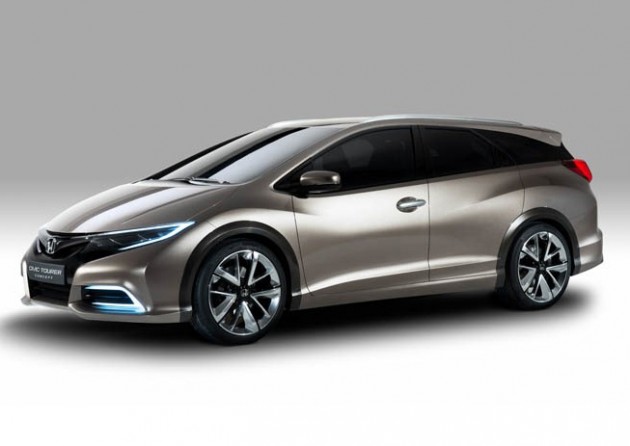 Honda announced just a few weeks ago that such a concept was heading to Geneva, and gave us all a preview via an early sketch. It’s fair to say that the actual concept looks much better than anticipated, even better than what the sketch purported.

Specifications and features are yet to be uncovered at this stage. There’s some speak in the industry about Honda’s new 1.6-litre i-DTEC diesel engine being nestled under the bonnet, producing 88kW and 300Nm, while there’s also some likelihood it’ll get the more usual 104kW 1.8 petrol.

In terms of design, the Civic Tourer Concept showcases some futuristic lines, amplified wheel arches, and some finer detailing around the lower corners of the front bumper bar compared with the road-going hatch. 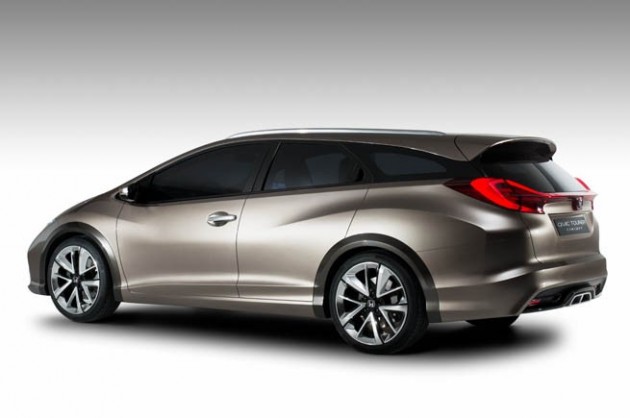 At the back Honda design teams appear to have done well to keep with the proportions and styling language of the hatch, as well as thrown in some concept-like central-outlet exhaust tips.

Although this exact model isn’t bound for production, Honda has strongly suggested a showroom version could spawn from it in the near future. Since right-hand drive is pretty much guaranteed – being based on the UK-Euro Civic hatch – an Australian inclusion might occur down the track.