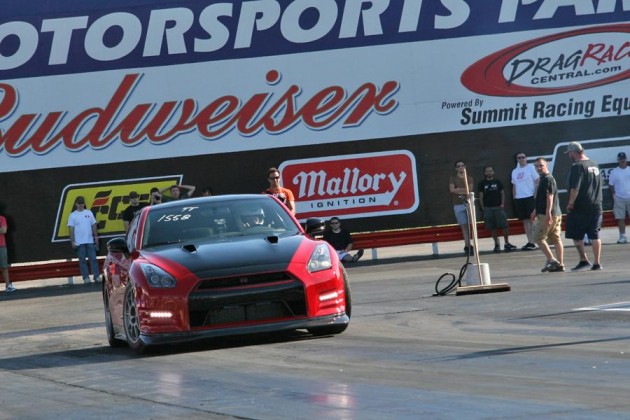 In street trim, apart from the tyres, the GT-R recently ran the quarter mile in just 8.97 seconds at an impressive 262km/h. This is thanks to an extensively tuned engine which produces over 1500hp, or 1119kW.

Despite the ballistic performance under the bonnet, the owner has chosen to keep the car comfortable and accommodating for the street. Inside features quilted leather seats and a high quality comprehensive sound system. The features are said to have added 136kg to the GT-R’s weight (stock approximately 1699kg).

We can only imagine what the car would run with some light weight reduction work.