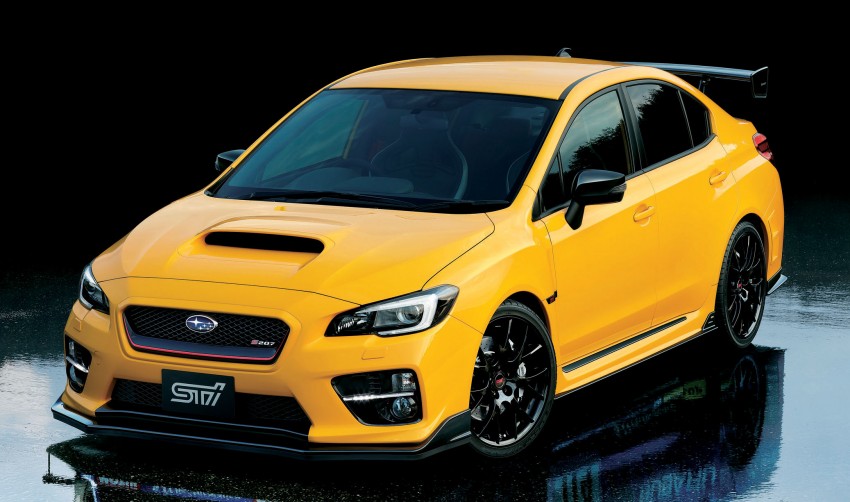 Subaru has revealed a hardcore WRX at the 2015 Tokyo Motor Show, called the STI S207. This is the car that was spotted at the Nurburgring earlier this year. 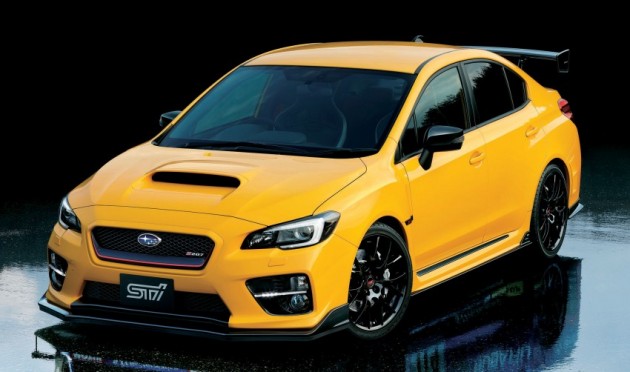 For track day enthusiasts, this is the ultimate factory STI toy. It comes with all the fruit you need for a day’s outing. Starting with styling, STI has developed a unique bodykit with a custom rear bumper bar with vents, side skirts, and a race-like front splitter system.

Under the bonnet sits a tuned 2.0-litre turbocharged engine based on the JDM-spec STI motor. Subaru has fit special blueprinted internals, a silicon intake system, and a large twin-scroll turbocharger. A performance exhaust system is also fitted. Output stands at an impressive 241kW.

The interior features hip-hugging Recaro bucket seats in the front, black semi-aniline trimming, silver highlights, and special logos. However, we’re sure most owners won’t be too concerned about the interior environment when they are tackling some bends.

Unfortunately for local punters, the S207 will go on sale in Japan only. Only 400 will be produced. This will be made up of 100 in special ‘Yellow Edition’ guise in Sunrise Yellow with black highlights, as well as 200 ‘Challenge Package’ editions that add a huge carbon rear wing and red seat belts, and 200 of the regular S207 editions.