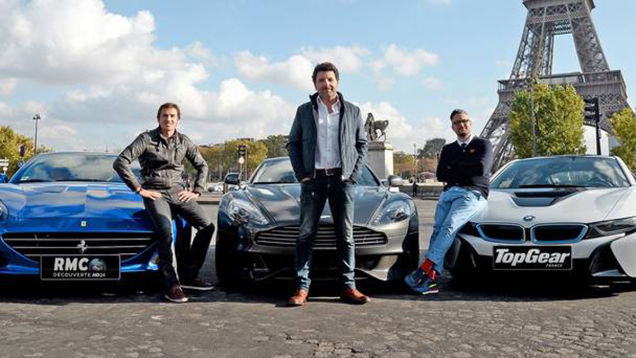 After eagerly angling in an applicant pool of 2000 hungry fish, BBC Worldwide Productions France has finally revealed who will host the earlier reported French version of the Top Gear TV show. From next spring, fans of the immensely popular TV show with some proficiency in the language of Molière can watch the petrol-powered exploits of an actor, a polymath and a racing driver. 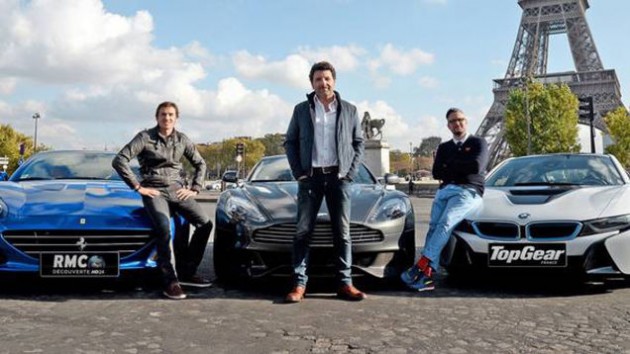 Presenter-in-chief is Philippe Lellouche, “fascinated by cars since childhood” but best known in France for his acting and directing work. His troops further include Yann Larret-Menezo, an automotive journalist, musician and illustrator using the nom de plume of Le Tone (‘The Tone’). Bruce Jouanny, Le Mans specialist and mentor of F1-endeavouring pilots, completes Top Gear France’s trinity. Even though the lineup already stars a professional racer with Jouanny, producers have confirmed that the programme will boast a French Stig.

In a TV interview, the trio described their style as “steering away from outright denigration but still injecting multiple shots of humour”, before making a beeline for the Eiffel Tower in a bright red Citroën 2CV.

With this French venture, Top Gear crosses the British borders yet again. Australia, the United States, Russia and South Korea are the other countries with a national spin-off on their resume, though with varying degrees of success. Will Top Gear France climb the stairway to auto-aficionados’ heaven or will devastating reviews ditch the enterprise on a highway to hell?

March 2015 has the answers: the first season of Top Gear France will premier on RMC Découverte Channel, which also broadcasts the original series. Ten episodes of 52 minutes will indicate whether Lellouche and his companions can follow in the footsteps – or rather the tyre tracks – of their British big brother.