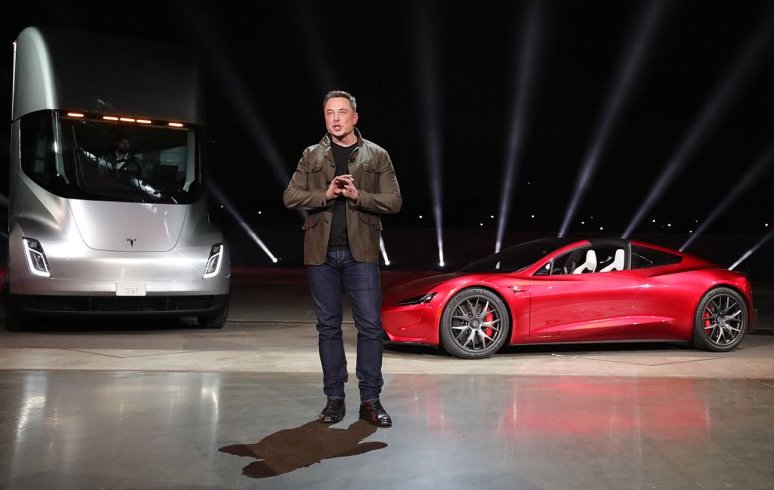 Tesla’s CEO Elon Musk has announced plans to make Tesla a privately-traded company once again, adding that the company has secured funding for a potential buy-out 23 per cent higher than its current stock price. 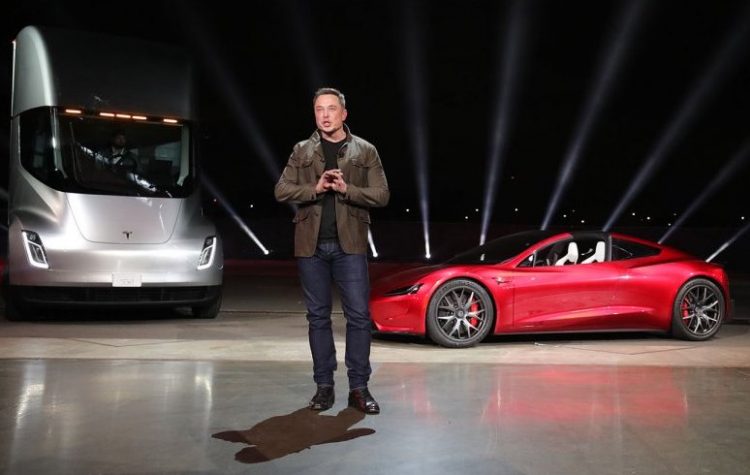 In a somewhat extraordinary move, Elon Musk took to Twitter to make the unofficial announcement, stating that he was: “considering taking Tesla private at $420. Funding secured.”

Musk, who owns just under 20 per cent of the company, says the move would help to shield Tesla from stock market fluctuations, short-sellers and will help the company meet quarterly financial targets.

“Basically, I’m trying to accomplish an outcome where Tesla can operate at its best, free from as much distraction and short-term thinking as possible.” He wrote in an email to staff that was published on Tesla’s website.

“Finally, as the most shorted stock in the history of the stock market, being public means that there are large numbers of people who have the incentive to attack the company”, Musk wrote in reference to the short-selling of Tesla’s stock, which the CEO is obviously is becoming frustrated about.

Tesla’s initial public offering took place on June 29th, 2010, where the company was listed on the Nasdaq stock exchange, offering 13.3-million shares at a price of $17 per share, raising $226.1-million. At the conclusion of trading on its first day Tesla shares had increased by 40.53 per cent, closing at $23.89. At the time of writing, Tesla is trading at $370; $50 less than the buy-out price touted by Musk in his tweet, which values the company at more than $70 billion. 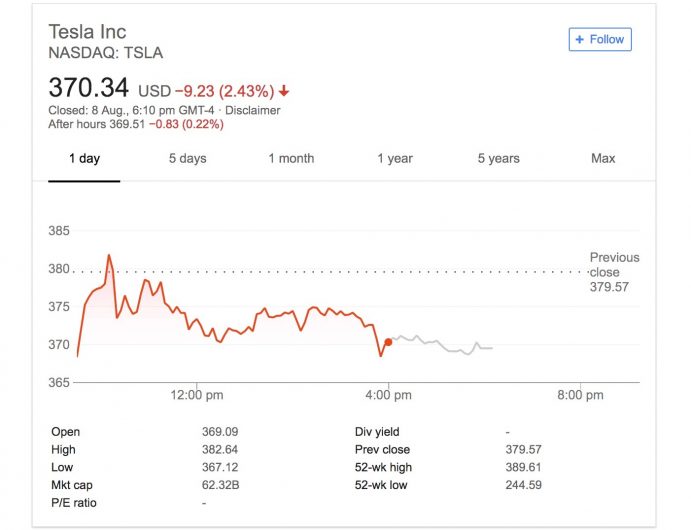 Musk continued to explain in his email to staff that: “As a public company, we are subject to wild swings in our stock price that can be a major distraction for everyone working at Tesla, all of whom are shareholders. Being public also subjects us to the quarterly earnings cycle that puts enormous pressure on Tesla to make decisions that may be right for a given quarter, but not necessarily right for the long-term.”

Despite the announcement of plans via Twitter, Musk insists that the move is not final. “The proposal to go private would ultimately be finalised through a vote of our shareholders. If the process ends the way I expect it will, a private Tesla would ultimately be an enormous opportunity for all of us. Either way, the future is bright and we’ll keep fighting to achieve our mission.” Musk concluded.

Tesla shareholders could be given the option to sell at $420 a share, or retain their shares as the company goes private. Either way, Musk says the decision is not final, and is subject to approval from shareholders before going ahead with taking the company private.