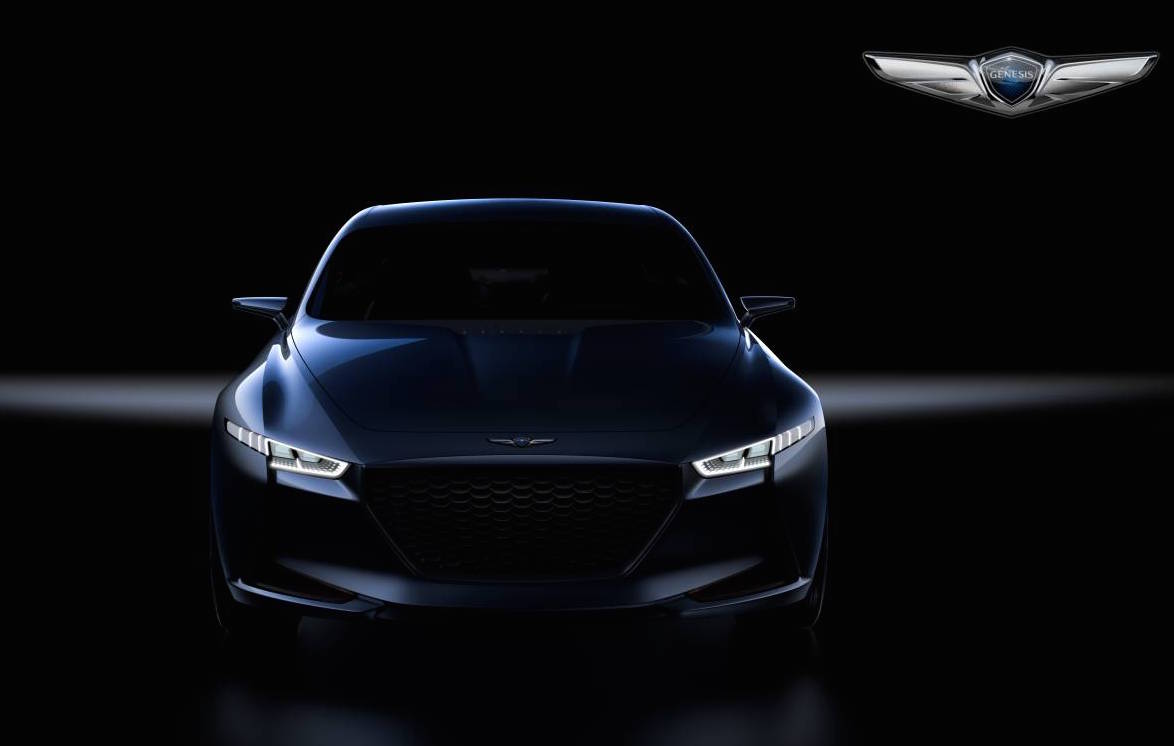 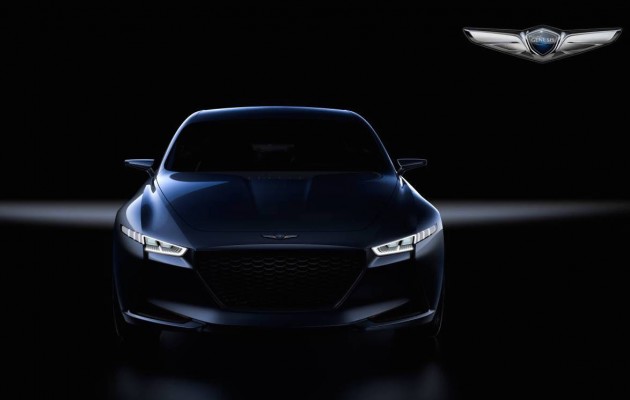 The Korean manufacturer intends to make the Genesis a thoroughbred premium vehicle, and judging by this teaser, the company is well on its way.

The teaser highlights Genesis’s new design language, with some interesting details shown, like the new front grille with aggressive lines and an almost honeycomb pattern. While the shape remains reminiscent of the current Genesis, overall it has a more sophisticated design aesthetic employed.

The teaser highlights a few other discreet details, including an air vent behind the front wheels, a slim new side mirror design that ties in with straight and super narrow lights, echoing the latest design language. Manfred Fitzgerald, head of Genesis, said:

“The New York Concept is a progressive concept car that showcases the design quality of the brand. With its expressive volumes and refined design, the New York Concept truly embodies the athletic elegance, which characterizes Genesis products.”

This is, after all a concept car, so it remains to be seen how much of the new design language showcased will trickle down into the Genesis mid-size sedan, but it’s still an exciting prospect.

The Genesis ‘New York’ concept will be unveiled at the 2016 New York Motor Show, March 23.