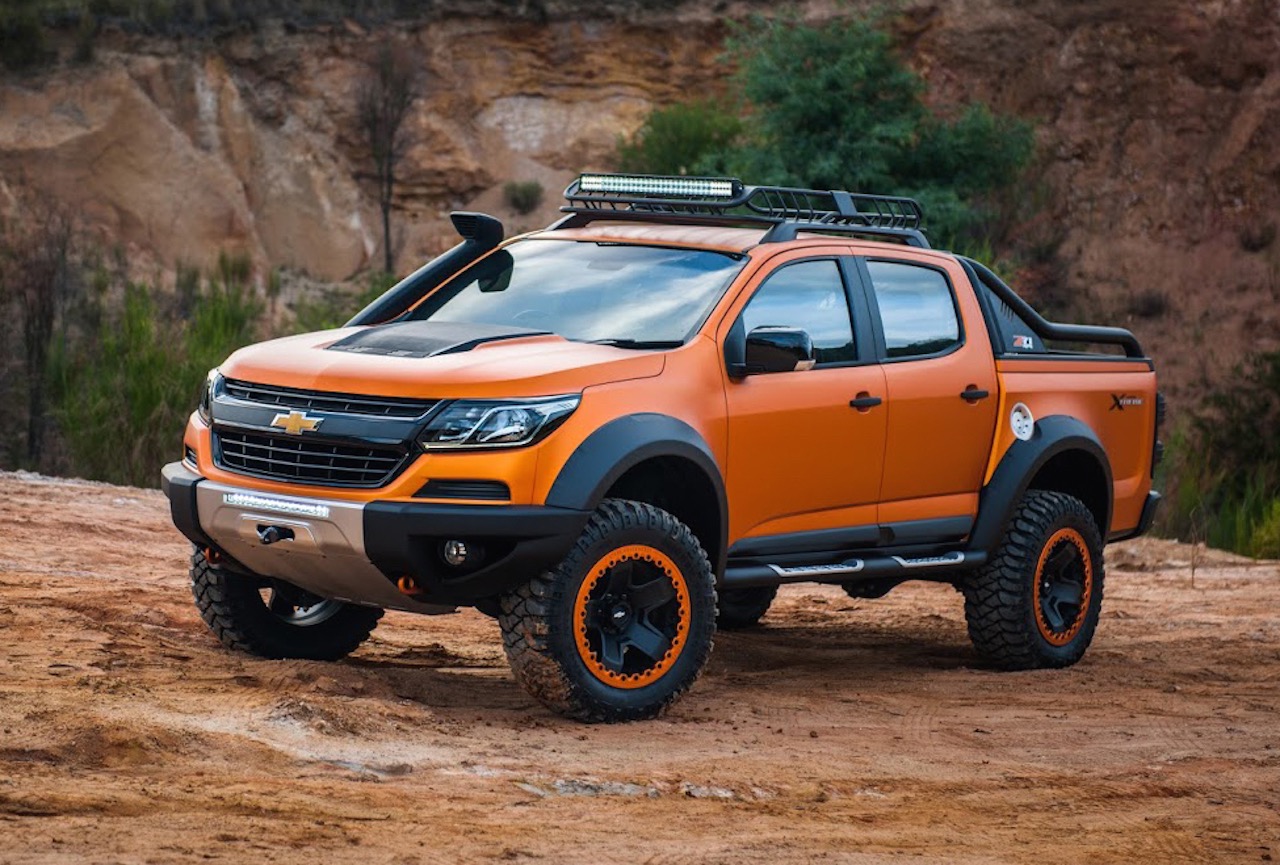 Chevrolet Thailand has revealed two heavy-duty off-road concepts at the Bangkok motor show that were designed in Australia, called the Colorado Xtreme and Trailblazer Premier. 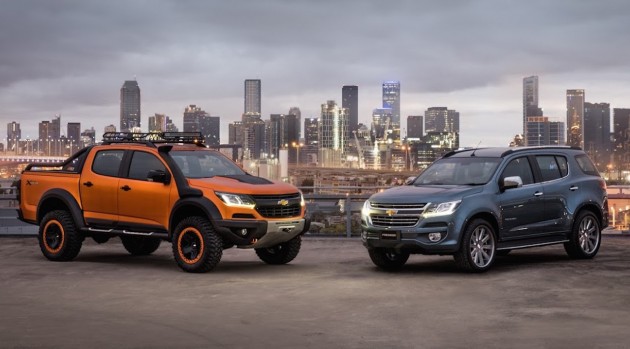 The vehicles are based on the Colorado ute, with the Trailblazer being the Chevrolet-badged version of our local Colorado 7. Both concepts were designed at GM’s Australian studio in Port Melbourne.

Even though they aren’t set to go into production any time soon, Holden says the concepts demonstrate the platform’s potential. The company also says they provide a “strong hint” at Holden’s future design direction.

This is particularly interesting for the Trailblazer Premier concept, which showcases a fresh design language adopted from Chevrolet’s latest models in the US. Could this be a preview of the future Colorado 7?

The Premier concept is designed for families who love to head out exploring in comfort and a level of luxury, Holden says. It features a custom “Velocity” exterior paint, 22-inch alloy wheels, integrated side steps, and a rear spoiler.

For the interior there’s a leather upholstery with handmade netting, a two-tone instrument panel with detailed stitching, wood and steel trimmings, and an 8.0-inch touch-screen interface with the latest MyLink software. 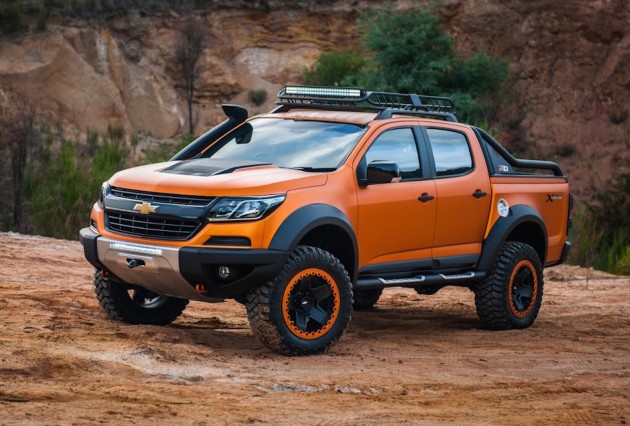 As for the Colorado Xtreme, this is more of a serious off-road vehicle following in trends set by the aftermarket world. It features a custom “Furnace” exterior colour, as well as pumped out wheel arches encompassing 18-inc alloy wheels with bead locks, off-road tyres, a bonnet vent, a rear step with an integrated corner step and tow bar, a roof basket and a custom tub liner with adjustable tie-down tracks.

“We’re calling on Chevrolet’s rich history and know-how to demonstrate our leadership in these segments and announcing where we hope to take these exciting vehicles in the near future. It is great to have the opportunity to showcase design possibilities today that could be developed and seen in the cars and trucks of tomorrow.”