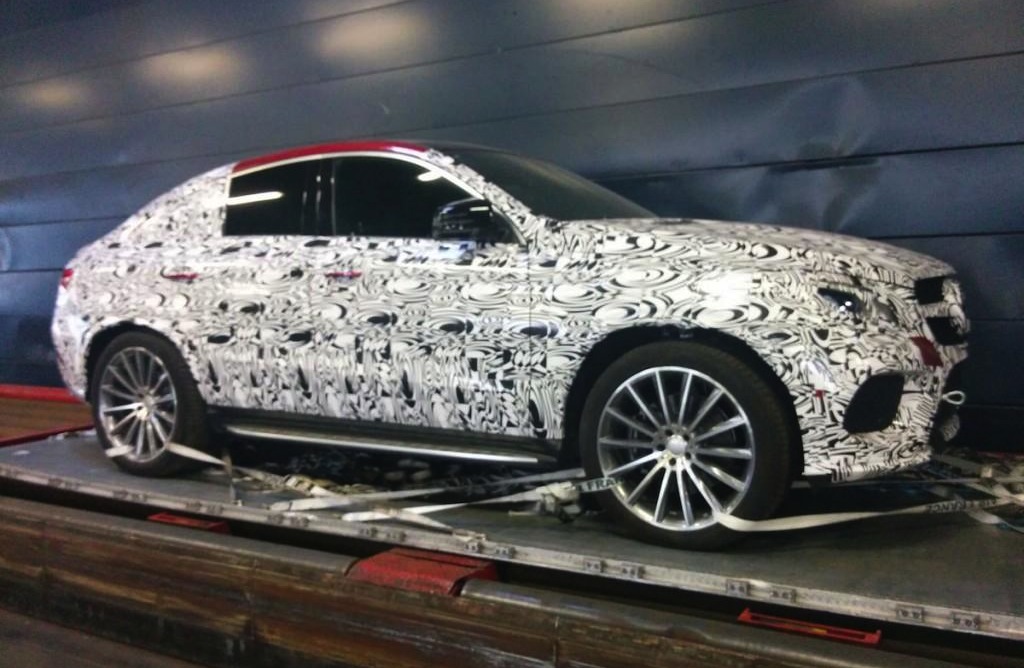 A prototype version of the Mercedes-Benz MLC-Class has been spotted once again, along with a quick glimpse of some AMG options. The SUV was seen en route in Paris. 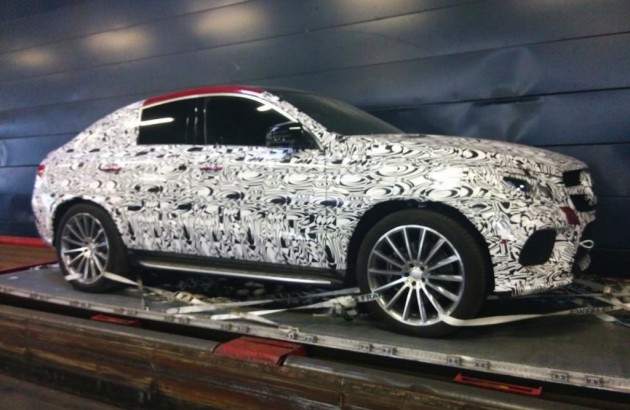 For those who haven’t heard of the MLC-Class, it will be the German brand’s answer to the BMW X6. It’ll be based on the existing ML-Class only with a sloping roofline towards the rear to give it the fashionable four-door coupe layout.

We’ve already got a bit of an idea on what the new model will look like via a concept version which was unveiled earlier this year. As you can see in this image, first sent into Autoplus.fr, the big Merc will showcase a large single-tier front grille and badge design, big bulbous headlights, and a unique hatch tailgate at the back.

Judging by a few details, such as the large multi-spoke alloy wheels, we could be looking an example dressed in AMG accessories. A full AMG model is set to join the lineup too, with power likely to be carried over from the ML 63 AMG, which features a 5.5-litre twin-turbo V8 producing 386kW.

Other variants will also make up the range, including more entry-focused turbo-diesel options and mid-spec turbo-petrol models, probably carried across from the ML as well.

According to reports Mercedes-Benz may introduce the MLC to the market later next year. A full public debut may take place at the Geneva Motor Show in March.