You either love or hate the Toyota Supra. There is a lot of stigma attached to the Japanese coupe, as well as plenty of stereotype in certain regions. From an engineering point of view though, the Supra is an extremely capable vehicle, as this 1000hp Toyota Supra for sale proves. 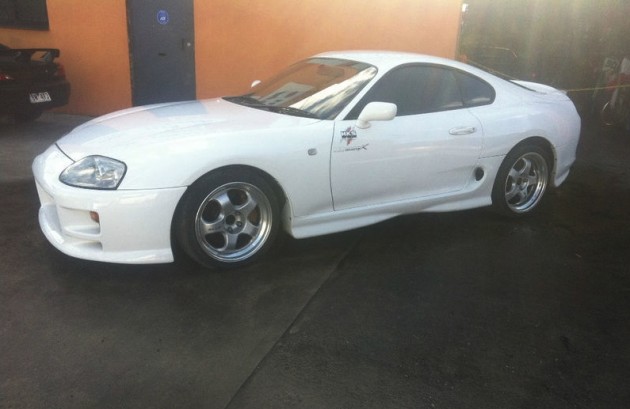 In production trim, the JZA80 Toyota Supra is fitted with a 3.0-litre twin-turbo straight-six engine outputting a JDM-restricted 206kW, as well as 431Nm. Performance figures consist of 0-100km/h in 4.9 seconds and a possible quarter mile time of just 13.3 seconds. And that’s from the factory.

Tuners the world over have regarded the Supra’s 2JZ-GTE engine as one of the most indestructible performance engines available, with performance workshops quite easily extracting upwards of 600hp from it with relatively little modifications.

The bottom end, for instance, is said to be able to withstand a straight swap T51R turbo in place of the twin-turbo setup. (For those who aren’t in the know with aftermarket parts, the HKS T51R turbo is pretty much the mack daddy of HKS turbochargers.) 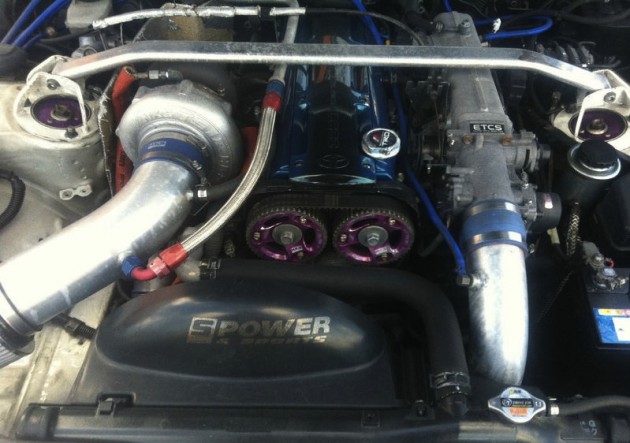 Here we find a highly tuned example for sale, located in Victoria. The owner says it has over 1000hp at the wheels. This is thanks to a vast array of tuning kit, including the one-and-only T51R turbo. Other tech details include:

It may not be much of a looker but if you’re in the market for something that will definitely have no trouble getting up steep hills, or something that should have a good crack at completing 10-second quarter miles, then this could be a car for you. It packs some serious power, even just saying it sounds dominating, ‘one thousand horsepower’ – it’s around the same power level as five Ford Falcons.

The Toyota Supra deserves more credit than it gets sometimes. If only Toyota could bring out a modern remake one day. We can only hope.

To give you an idea of what a high-powered Supra is capable of, click play below for a walk down memory lane with the JUN Toyota Supra video at Tsukuba Circuit, in Japan. The action stars at around 1:25.