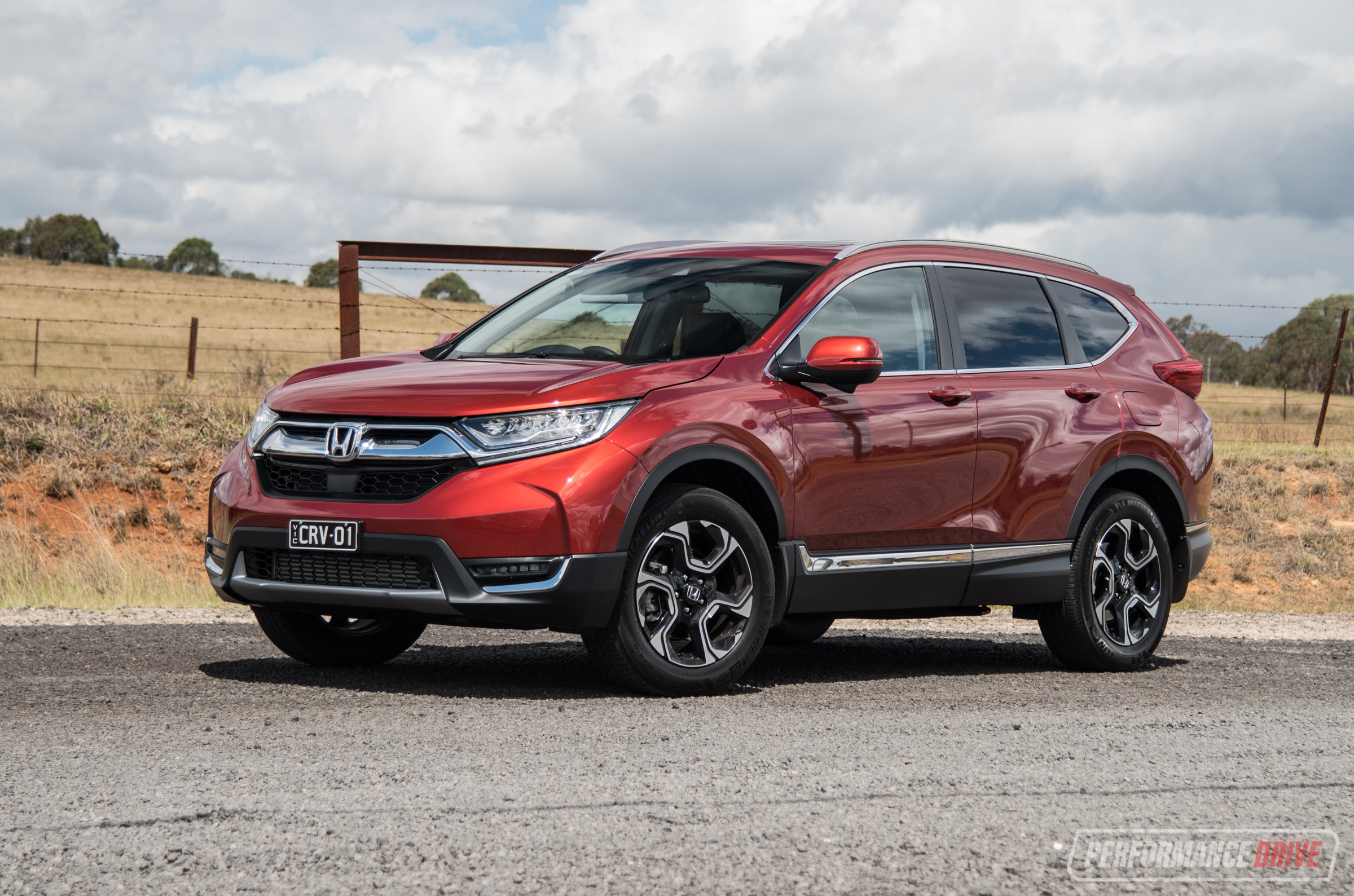 After some lacklustre years of sales from the Japanese giant, Honda’s latest release could very well have what it takes to turn those numbers around. The Honda CR-V has never stopped growing in size throughout its life. Now, in its fifth-generation, the larger SUV is offered with 7 seats, a new engine, new design, loads of safety tech, and innovative practicality . 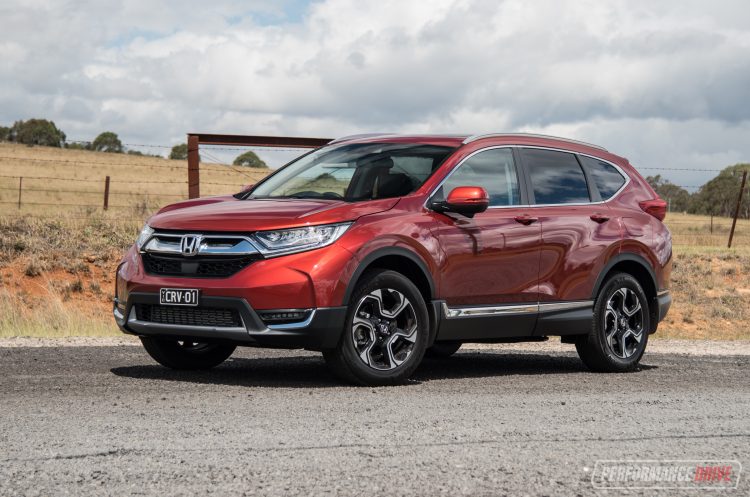 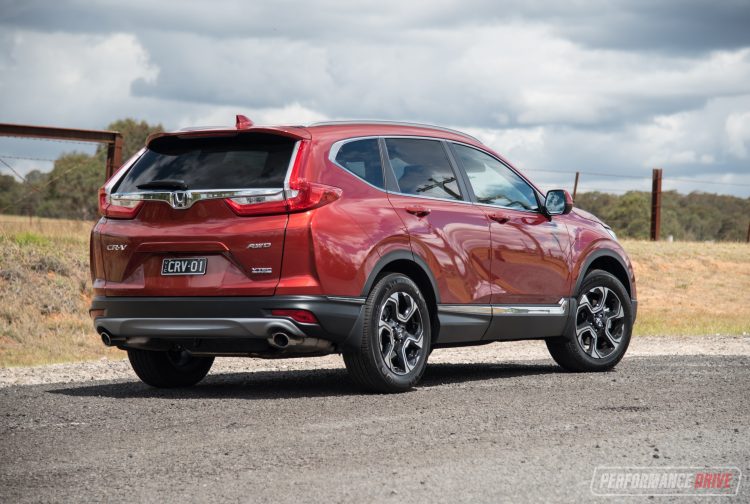 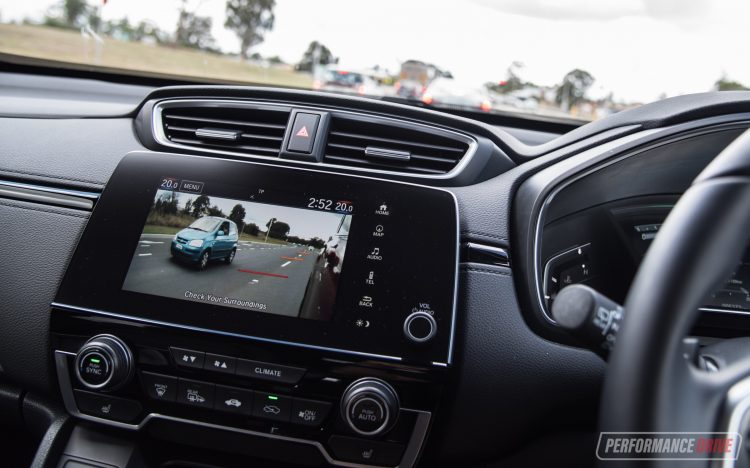 Some of these features we have seen before, but at this price, Honda is pushing a great bargain. There are also some new features that are not so common. For example, we love the simple yet innovative idea of a side-view blind-spot camera. A view of your left side blind spot flashes up on the centre screen as you activate the indicators. It can also be manually activated via a button on the end of the stalk should you need it during parking or anything else.

There’s also some really useful practical designs throughout the interior. For example, the back doors open out to 89 degrees. This can truly go a long way in making life easier for parents buckling young kids in the back seats, or loading the second row with shopping. Another practical measure is the extra low boot lip and floor. This also makes it easier to throw luggage in without needing to lift higher over a boot lip. 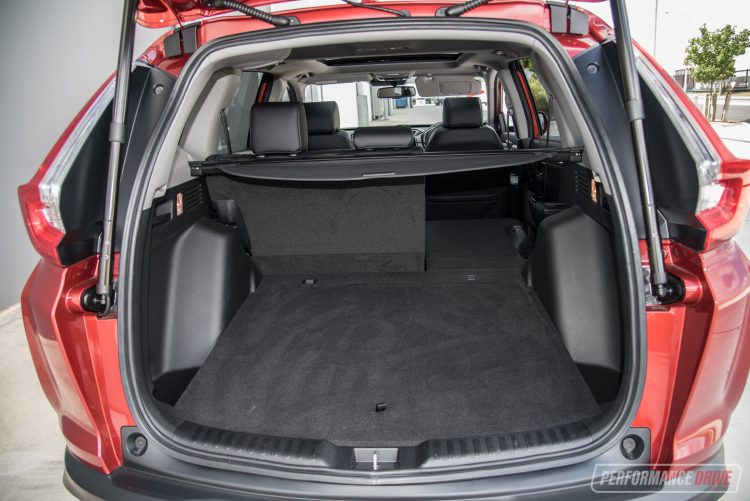 Interior space is among the best in class throughout the entire cabin in the CR-V. There are too many storage areas to count. Whether it be the huge dual level centre console or the massive door pockets, Honda has really thought out how to make the CR-V as practical as possible. There are two USB ports in the second row, in addition to the two in the front row, and two 12V power sockets. The gear shifter is positioned high up on the centre dash to open up console space.

All passengers are well looked after in the CR-V. In fact, in the seven-seat VTi-L, third row occupants are granted with a four-vent air-conditioning outlet on the roof. They can also control the fan speed way back there, and there’s cup holders on the sides. The second row seats are superbly versatile whereby you can adjust them in every direction to make the boot or back seat area bigger as required. 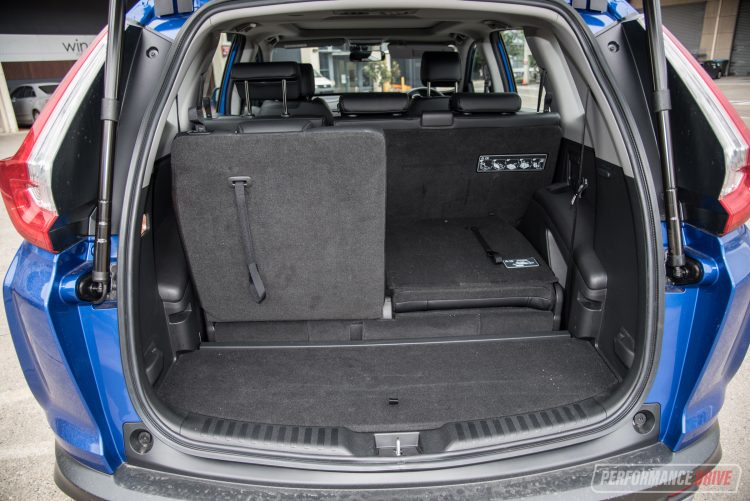 The CR-V’s interior feels like it is made from premium materials, and the seats are well-positioned and supportive for all body types. Graphics colours and layouts on the digital cluster and screen look like a blast from the ’90s, or even a late ’80s Mazda 929 perhaps.

That quirky design also flows out to the exterior, where chunky curves and jagged lines are adopted from front to rear. It will win some and lose some, depending on one’s taste. 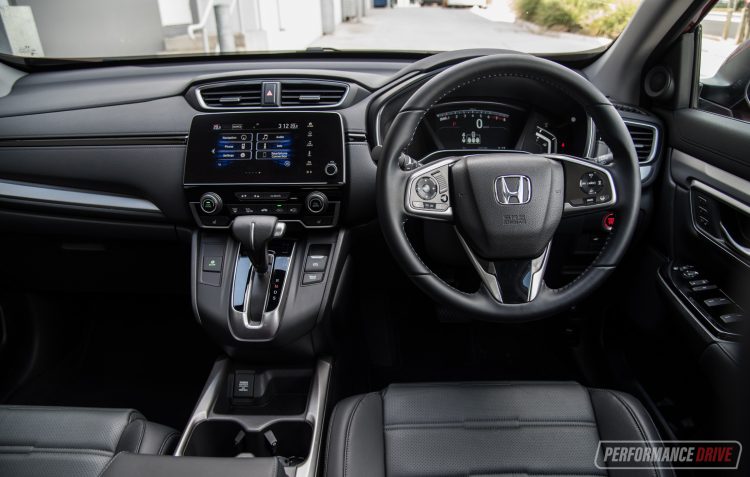 Like with most carmakers nowadays, it’s all about getting more power out of smaller engines in order to achieve greater efficiency and lower emissions. In some regard, the Honda CR-V could be seen as a people-mover – a large SUV (optioned as a seven seater) with a large load to pull. At first, the thought of a 1.5-litre engine taking on the task can be a bit offputting. But with that turbo to help, it’s not as bad as we thought. Although the engine needs to scream under load more than you’re probably used to, it does get the job done. It only becomes a stretch for the 240Nm of torque when it comes to steeper hills with a load.

If you’re after the ultimate SUV with sports appeal, all Honda CR-Vs are equipped with a CVT transmission. CVT autos can be quite uninspiring when it comes to performance. This CVT is no different. However, they can provide greater fuel efficiency compared with conventional autos. 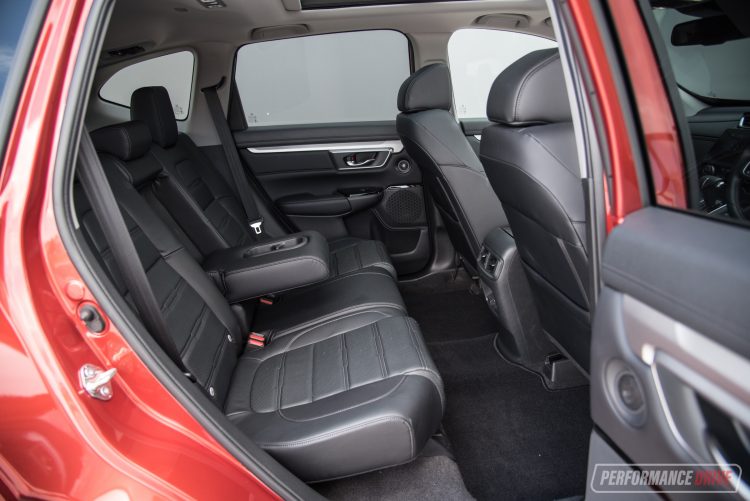 And speaking of efficiency, the CR-V officially rates an average of 7.4L/100km. We were able to manage an average of 7.6L, which is slightly better than the standard for a 7-seater SUV in today’s market. Unlike some Euro models, the CR-V can run on 91-RON fuel, saving you some coin at the bowser.

Although its size might have you thinking otherwise, the CR-V is not suitable for serious towing. With a 1500kg towing capacity, you won’t be able to tow a full-sized caravan, for example. Best to leave those jobs up to the heftier diesels without CVT autos.

On the road, the CR-V gives off a large and dominating feel. The bonnet bulges up on the edges, which may impede slightly on forward vision for some. We’re impressed by the lightness and effortlessness of the steering at low speeds. This is especially important for managing those Woollies carparks. At the same time, higher speeds appropriately stiffen the steering to enable greater stability; and to make balancing the vehicle in the lane a breeze.

As for ride quality, the suspension is limber enough to absorb most bumps yet maintains enough control to provide neutrality and stability through sharp corners. The higher centre of gravity causes a slight degree of body roll when driven eagerly, but any surprises are restrained by the stability control, which doesn’t intervene too early.

True rugged off-road performance is not what the CR-V is about. That is evident by the suspension setup and the lack of any 4WD controls. However, it will veer off the bitumen and onto unsealed roads competently. There is 208mm of ground clearance.

Servicing intervals are scheduled for every 10,000km or 12 months at a capped price. And a five-year or 100,000km warranty is now offered on all Honda built after July 2017, regardless of where you choose to service them. 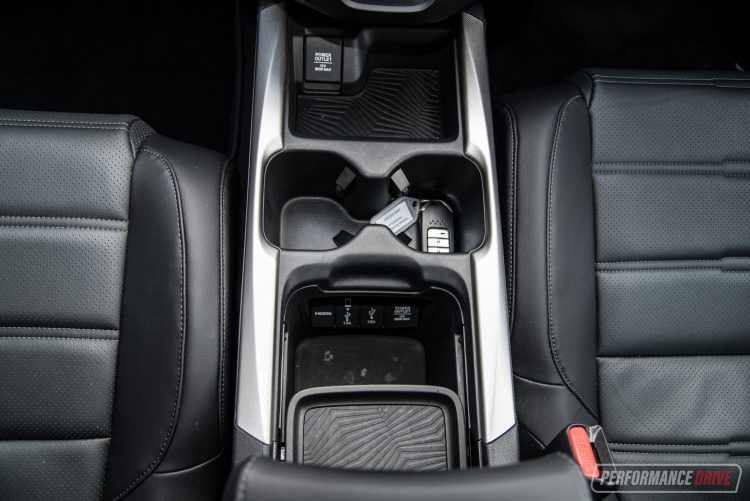 The new CR-V flies ahead of the competition when it comes to interior space and functionality. Now, with the offering of third-row seating, and some well thought out designs, a new benchmark is set. The CR-V is also more fuel efficient and comes with more technology than ever before.

But it doesn’t challenge any of its rivals with the engine performance or drivetrain, or at least offer an option that does, but it does excel with fuel economy for a petrol unit. That won’t matter to most, but why not extend market reach just that little bit more and release that sporty Honda soul. If that doesn’t matter to you, the CR-V is a class-leading SUV contender offered at an affordable price tag, making it perfectly appropriate for modern suburban families.

PROS:
– ‘LaneWatch’ side camera
– Plenty of safety tech in the VTi-LX
– Practicality; huge boot, versatile seat positions, wide opening doors, and plenty of storage spots
– Price; one of the cheapest SUVs with this level of technology
– Seven seat option (rare in this class)
– Full-size alloy spare wheel throughout the range

CONS:
– CVT auto is uninspiring
– Only one engine available, which can lack torque
– Quirky exterior design not to everyone’s palate

As always, if you’re thinking about buying a new car in Australia don’t forget we can help you find the best price. Click here to get in touch.