If the regular Mirage doesn’t excite you enough, perhaps this Mitsubishi R5 rally car will? Based on the Mirage, the four-wheel drive R5 has been developed by Tomas Weng of Mpart (Ralliart Sweden). Built to FIA R5 class specification, the Mitsubishi R5 will compete in WRC 2 in 2015. 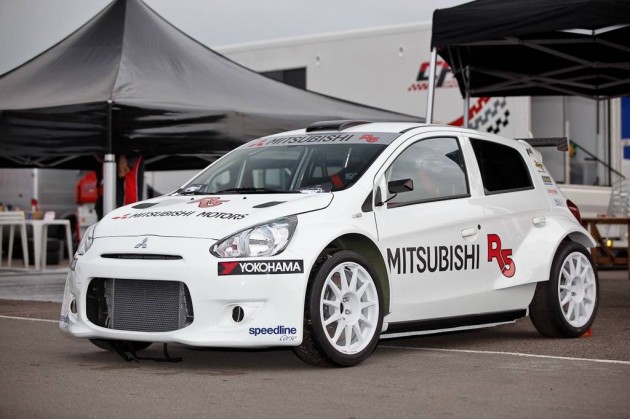 The 1602cc engine is a downsized version of the turbocharged 4B11 unit found in the Lancer Evolution X. The turbo is a Garrett item and is fitted with a 32mm restrictor as per FIA guidelines. Power is rated at 208kW and 450Nm.

The four-wheel drive system features mechanical differentials front and rear, and is driven through a Sadev five-speed sequential transmission.

The brakes are AP Racing four-pot items both front and rear, using ventilated discs. The suspension setup uses MacPherson struts all round with Ohlins dampers. 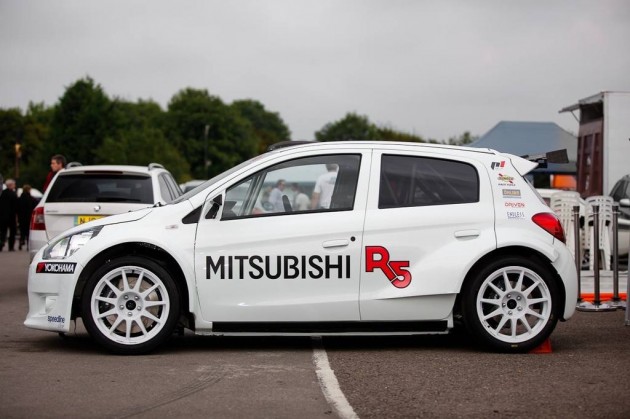 “A great deal of thought has gone into the design and development of this car. We have kept it as simple and efficient as possible and have used as many Mitsubishi parts as we can. We are confident this will make the car straightforward to maintain and has enabled us to offer it at a competitive price.”

“So far customer enquiries have exceeded our expectations and confirmed sales have already reached double figures.”

The Mitsubishi R5 will race against the likes of the Citroen DS3, Peugeot 208 T16, and Ford Fiesta in WRC 2.

If Mitsubishi’s past rallying success is anything to go by, keep a watchful eye out for the R5 in WRC 2 in 2015.