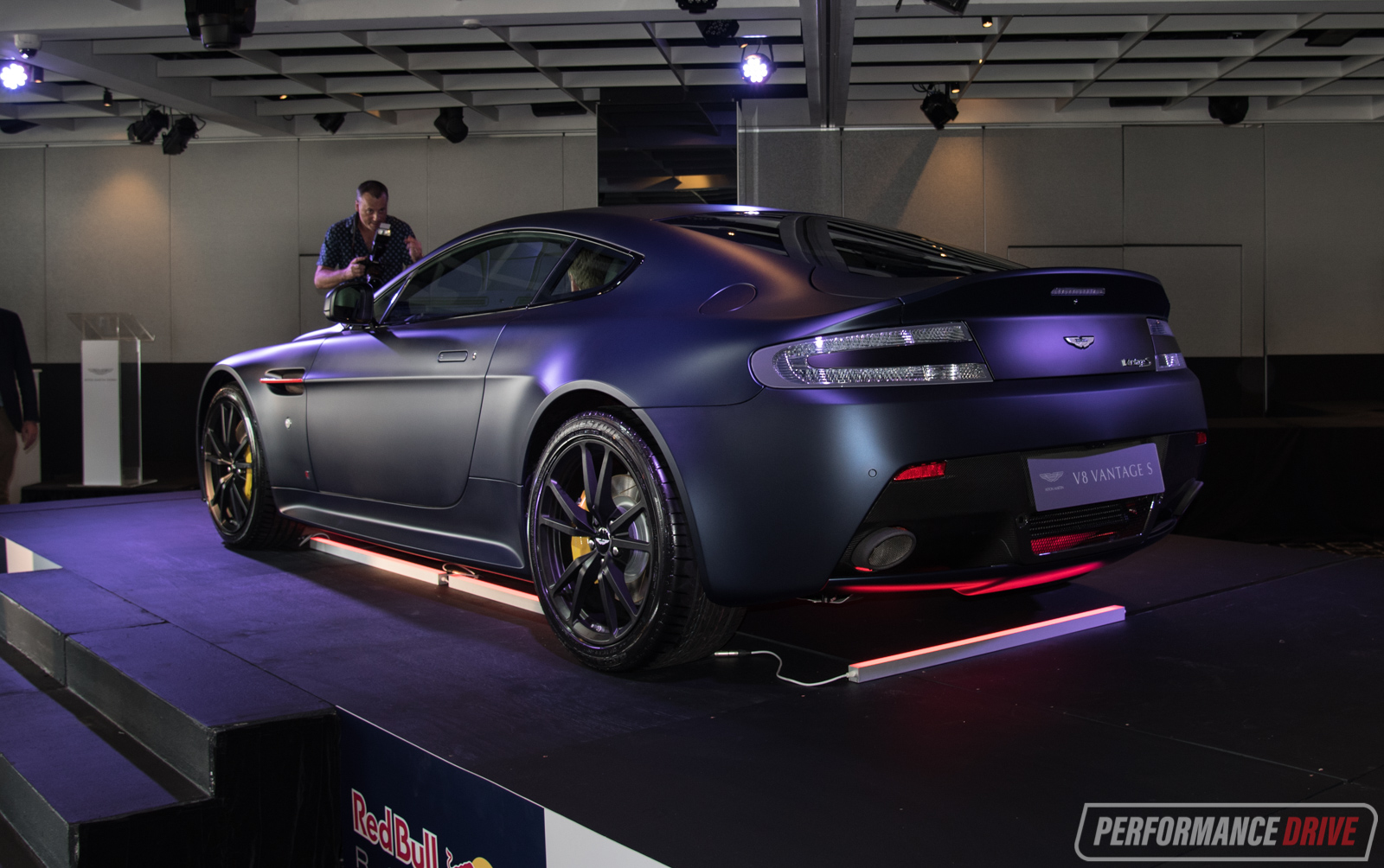 The Red Bull Racing special edition Aston Martin Vantage has made its Australian debut this week, showcased to media in Sydney along with the company’s latest models. On hand for the event was CEO Dr Andy Palmer and chief creative officer Marek Reichman. 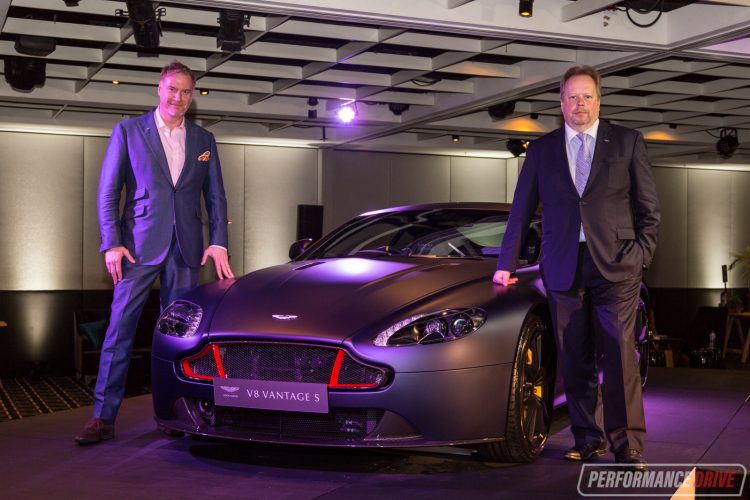 As previously revealed online, the Vantage Red Bull edition helps celebrate the company’s recent partnership with Red Bull Racing. As such, the Red Bull Racing F1 cars will be displaying the Aston wings emblem on the front and on the drivers’ suits.

The special edition is also seen as a last hurrah for the current-gem Vantage, with the all-new model arriving later this year as confirmed by CEO Dr Andy Palmer. Buyers can choose between V8 and V12 power.

It’s all put together by Aston Martin’s in-house Q division, which is responsible for special customer requests and unique optional touches. Although some of the features on the Red Bull edition could potentially be optioned on the regular Vantage via Q, an Aston Martin representative told us the unique matte Marina Blue paint – a reinterpretation of the Red Bull colour – is not available for option. 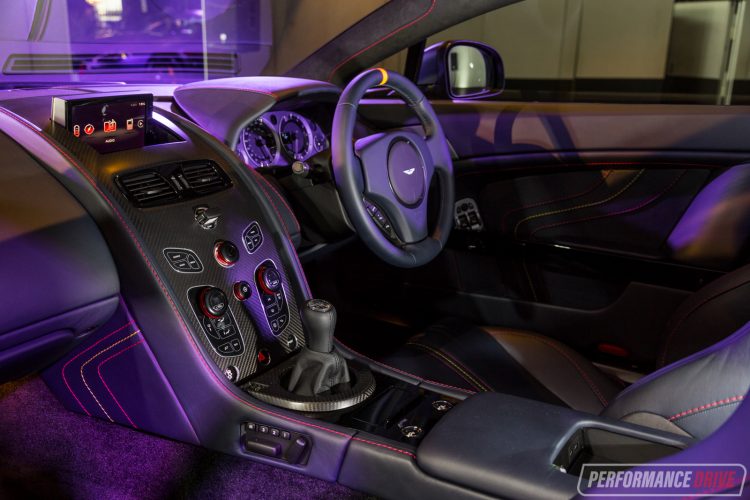