Up for sale on eBay at the moment is a rare pre-production 1954 Mercedes-Benz 300SL Gullwing. Just 50 of these were made, all hand-built, featuring a number of unique details. 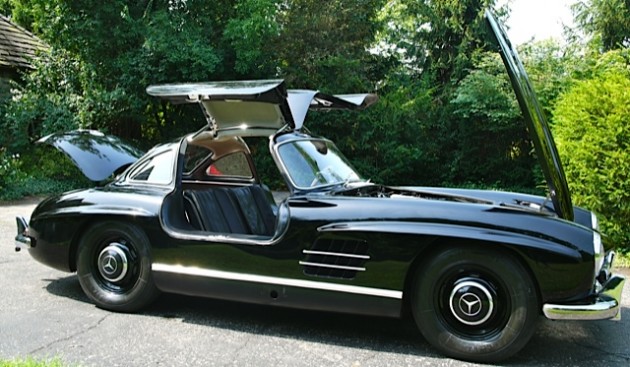 You may know the 300SL Gullwing as the first production car to ever feature fuel injection, but with that aside, it was also the fastest road car in the world in its day. It features a 3.0-litre straight-six engine producing around 160kW, capable of propelling the aerodynamic (for its day) coupe to a top speed of around 260km/h.

Before the 300SL hit the market though, Mercedes-Benz sold off 50 pre-production versions which were kind of like a step up from prototypes. And that’s what this example is.

They featured a different grille with a concave badge, a gooseneck gear shifter, as well as quicker gear ratios suited to prompt acceleration. This example goes a step further by featuring the NSL engine, which has slightly more power.

According to the seller, this is the first white 300SL to ever be ordered with a black leather interior. The exterior was repainted in the Eighties to the black colour you see here.

RM Auctions has apparently priced the car at beyond US$1 million. We’re not sure if a reserve is in place, but the car sits on eBay now with no bids, starting from $850,000.

It will be interesting to see if someone out there puts in a bid at the last minute.