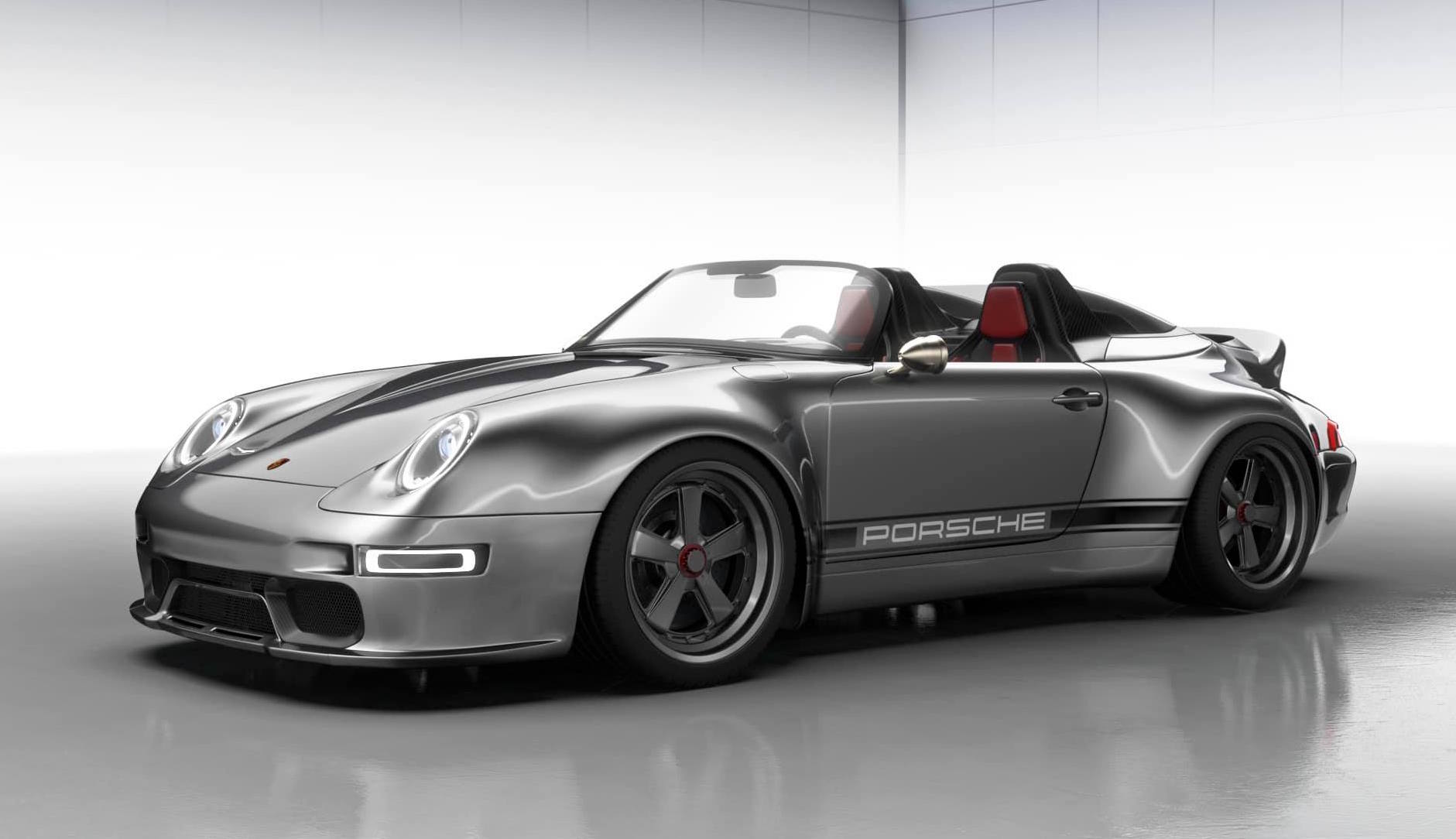 Diehard Porsche 911 fans will often categorise the 993 series as the last of the purist generation, featuring a proper short and stubby body with an air-cooled engine. Porsche specialist Gunther Werks is preparing perhaps one of the coolest restomods we have ever seen for the 993, with the Speedster Remastered project. 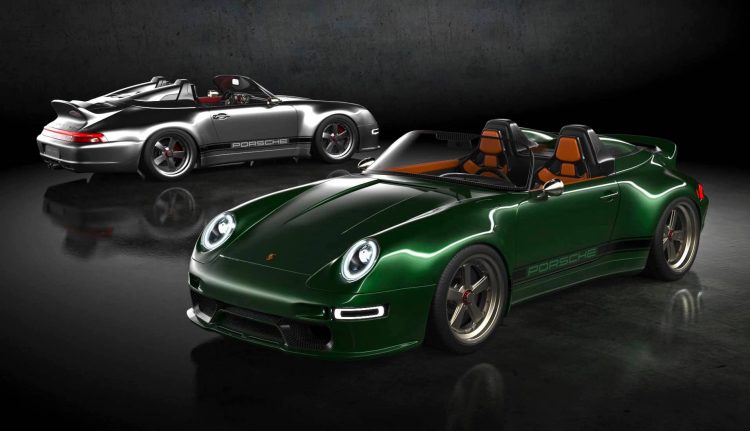 Taking a 993 911, the North American firm has devised a strengthen chassis to help compensate for the removed roof, adding reinforcements into the space where the rear seats would normally go. Instead of rear seats the 993 Speedster features a custom carbon fibre top and tonneau cover, and there’s an integrated roll cage and hoop system.

The most stunning aspect of the project is obviously the jaw-dropping design. At the front you’ve got awesomely fat front guards and the trademark headlight humps, with a bespoke front spoiler system made from carbon fibre. The bonnet is a single-skin item to save weight, and even under the bonnet the cargo area is revised and features carbon fibre panels. 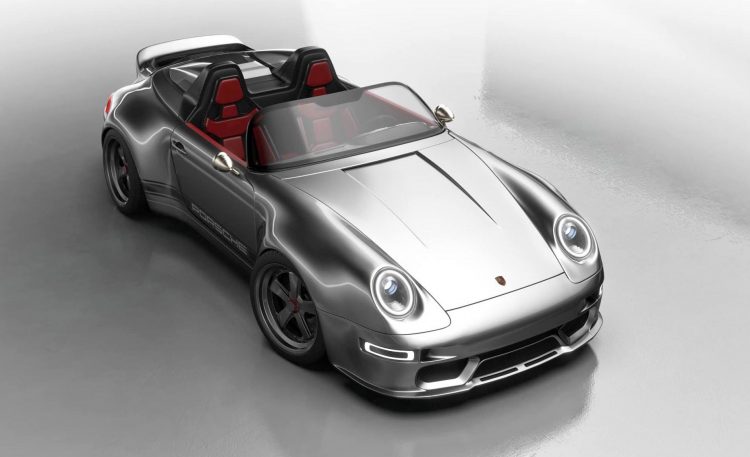 Along the sides you might notice the special wing mirrors which are made from billet aluminium, with streamlined lightweight door handles for that added attention to detail. The wheels are also custom Fuchs-style five-spoke units that are dished to perfection, with centre-locking mounts to help reduce unsprung mass.

At the back is where it really draws your attention. You get that full-fat stance; a hallmark of the 993 series. However, Gunther Werks has implemented a classic ducktail spoiler complete with a ram-air scoop built in. Down below are a pair of 3D-printed Inconel exhaust outlets. Yep, so cool it’s ice cold. 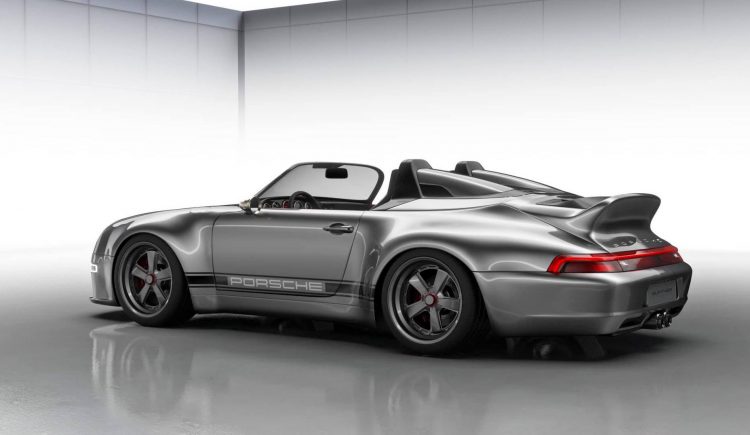 The creativity doesn’t stop at the exterior, either. Various custom design themes are applied to the interior. Highlights like a carbon fibre dash with LED lights, a bespoke centre cluster that’s created from a single piece of aluminium, and a more ergonomic pedal arrangement are just some of the custom touches.

Since the Speedster features a lower, more raked windscreen some custom Gunther Werks seats were created, using carbon fibre shells. And they are mounted lower down which also helps to improve the centre of gravity. Customers can then choose between a range of weather-proof materials for the seats and dash as an option.

So, at this point you’re probably satisfied with the overall design and package? But it doesn’t stop there. The powertrain is also very tasty. Behind the rear axle is a 4.0-litre naturally aspirated flat-six built by Rothsport Racing. In the coupe version the engine develops 324kW. However, Gunther Werks says it has tuned the unit slightly for the Speedster. 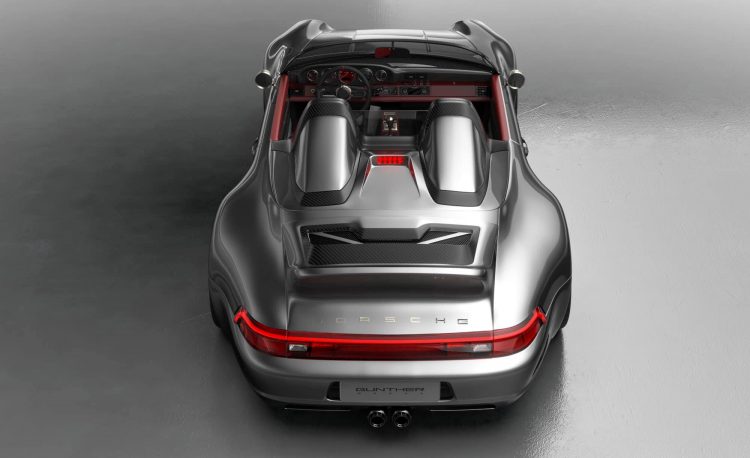 Handling prowess is also ensured thanks to a lightweight suspension package, devised by Eisenlohr Racing. Speaking about the new open-top model in reference to the previous coupe project it created, Gunther Werks said:

“Providing an exceptional analog driving experience on any road or track, Gunther Werks is developing a new open-air model that not only heightens the experience with the rush of wind through your hair, but also pushes the boundaries of performance to build a stronger, lighter, faster car.”

The company is planning to build just 25 examples of the 993 Speedster, making it one ultra-rare sports car. If you’re wondering about the prices you’re probably in the wrong market – and we don’t actually know what the asking price is anyway. Head over to the Gunther Werks Facebook page for more info.