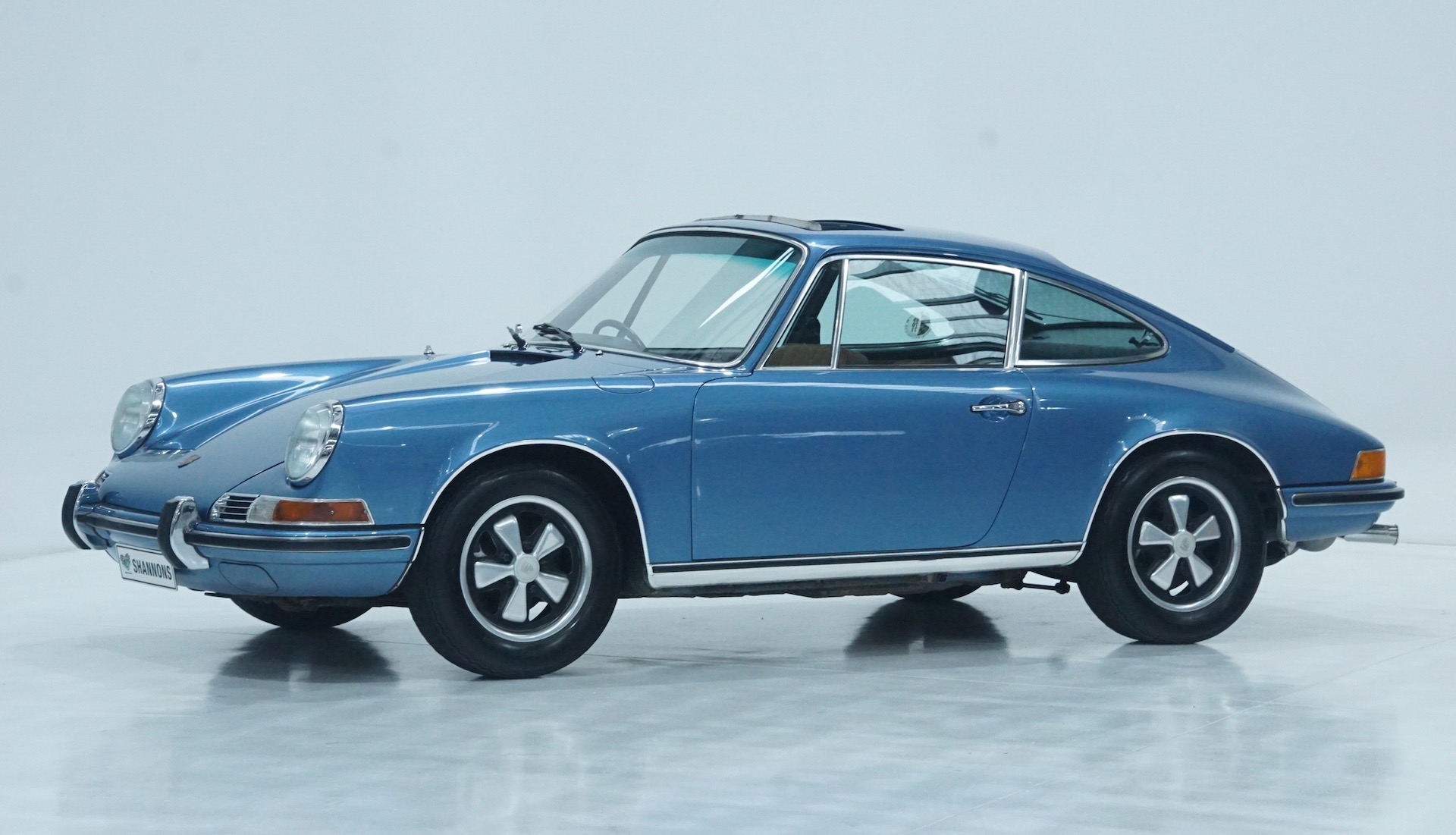 A handful of classic Porsche sports cars is going up for sale next month as part of the Shannons 2020 Winter auction event, and included in the mix is an immaculate, second-owner 1972 Porsche 911E 2.4. 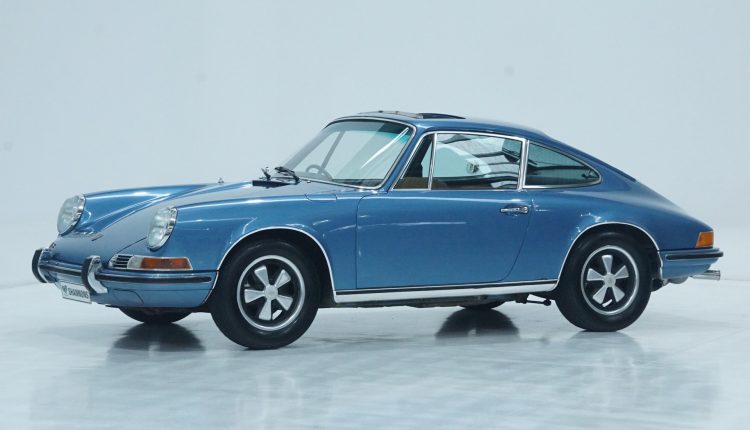 It’s been in the hands of a 99 year-old owner since 1975, having bought it off the original buyer. This means it has been through the hands of just two owners since new. It’s described as being in “wonderful, largely untouched” condition.

The now-elderly owner has kept it stored on blocks in Melbourne for around 30 years, while starting it regularly to keep the parts moving and lubricated. It was originally bought new in the UK and is said to be one of just 18 factory right-hand drive 911E 2.4 coupes officially imported to Australia. And that’s of just one of the total 1124 911Es built during 1972.

Telltale signs of the 911E include an oil filler cap just behind the driver’s door, while the 2.4-litre engine (actually 2341cc) features Bosch mechanical fuel injection and produces around 120kW. This examples also comes with the desirable five-speed manual ‘915’ transmission option as opposed to the old four-speed unit.

Other tasty options fitted include period 15-inch Fuchs forged wheels, a metallic Gemini blue body paired with light tan interior and Perlcord ribbed cloth seats, an electric sunroof and windows, and an 18mm rear stabiliser bar for tighter handling. Tinting for the windows has also been applied to add subtlety.

According to Redbook data the 911E with the five-speed option, back in 1972, had a retail price of AU$11,933. However, today, Shannons expects this stunning example to sell between $150,000-$180,000. Shannons national auction manager, Christophe Boribon, says it is one of the most original 901-series 911s that the company has ever come across. 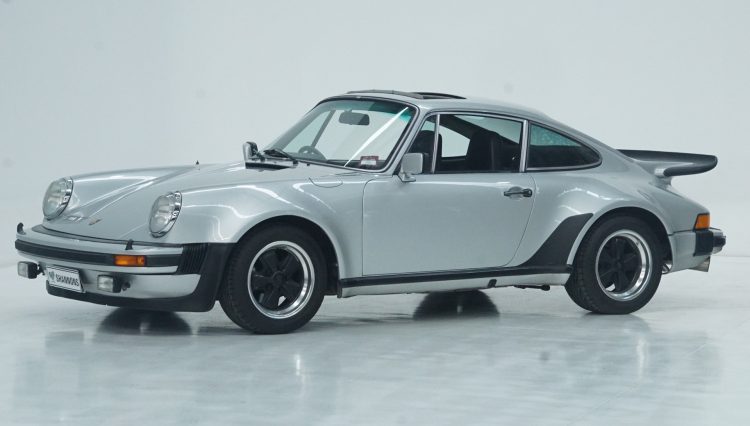 If you love your classic Porsches, the auction event has a few others that might interest you as well. An original Australian-delivered 1976 911 Turbo will also go under the hammer. It is one of just 14 officially-delivered first-gen 930 Turbos in Australia, and is expected to sell between $220,000-$250,000.

The timed online auction will take place between August 19-26. Head over to Shannons for more information.