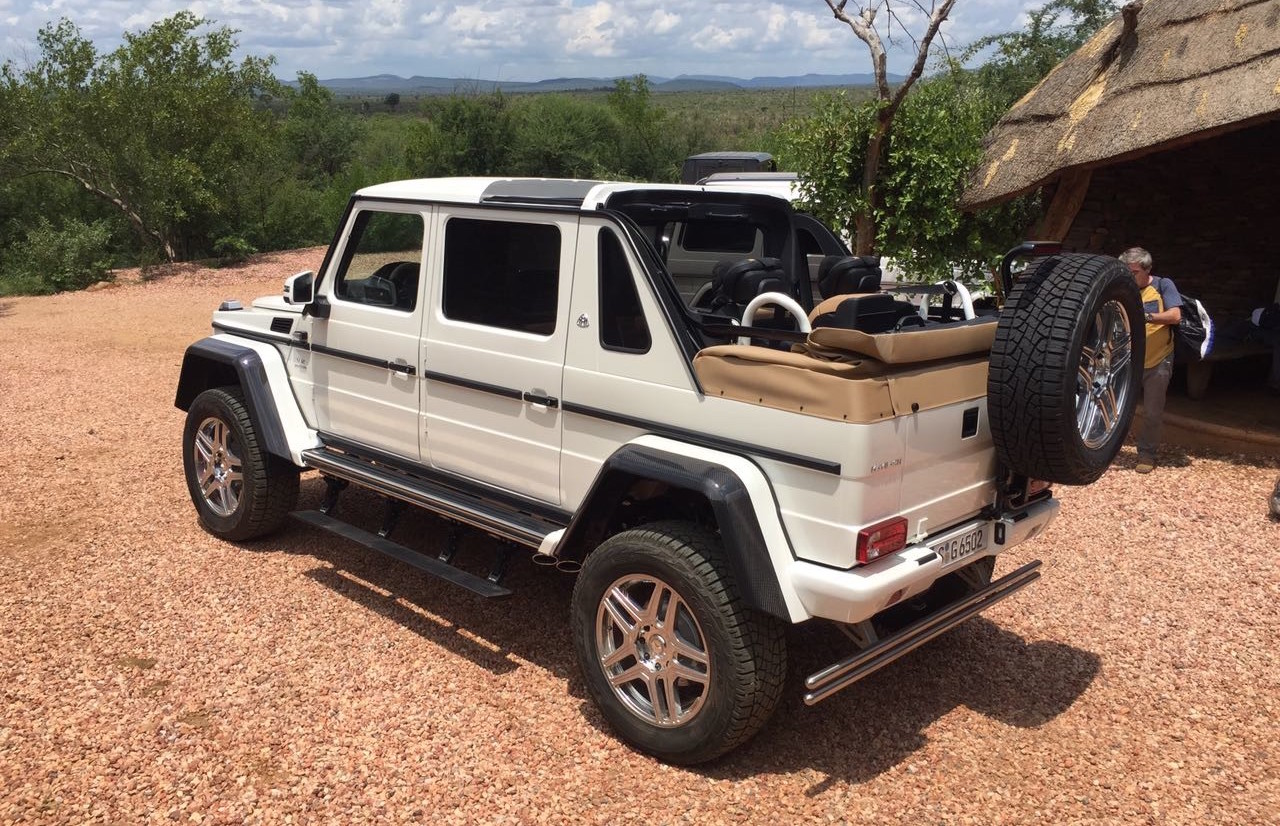 A Russian video has revealed a luxurious Mercedes-Maybach based on the G-Class SUV one month before it was due to be revealed at Geneva. 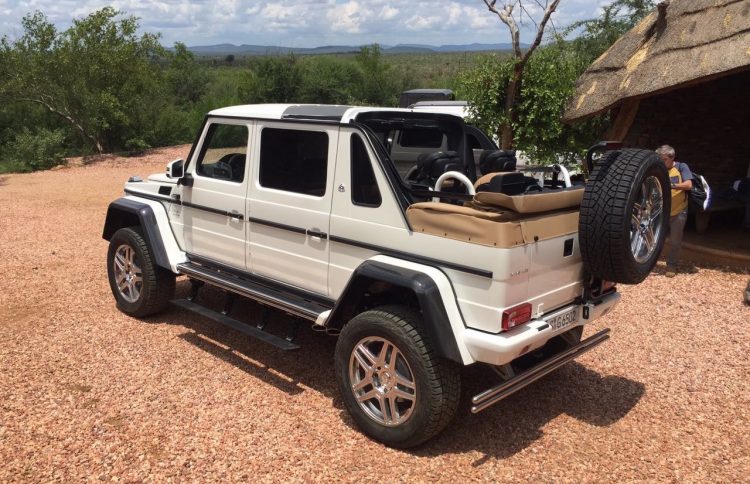 Based on the more hardcore 4×4² G-Class, the G650 Landaulet uses a twin-turbo V12, with what appears to be an extended wheelbase and rear quarter window like the S-Class Maybach. While a Maybach SUV was reportedly in the works, many media outlets expected this would be based on the GLS. That car may still be on its way but this G-Class variant may be something of a surprise for some. Considering the G-Class’s celebrity status and its symbolic decadence it does make sense, however. 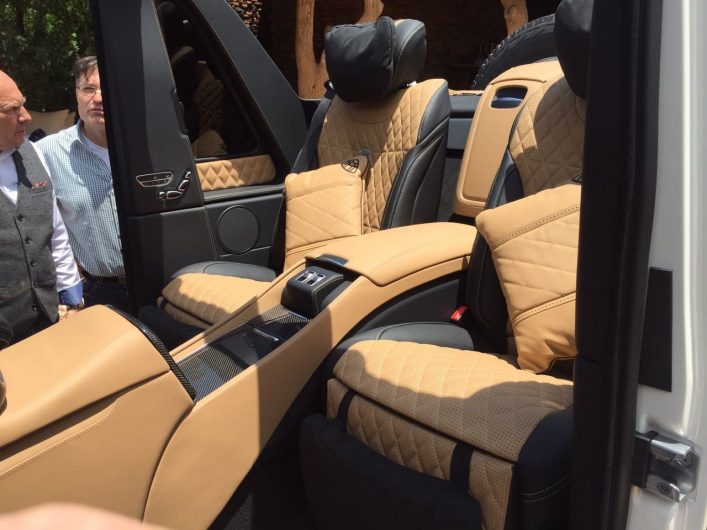 As we can see from these photos courtesy of fly-wheel.com, the rest of the interior is suitably sumptuous, with a partition between the front and rear seats. Individual buckets in the rear offer full adjustment, ventilation and massage, with the Maybach pillows and entertainment screens you would expect.

Like the 62S Landaulet of 2007, it also features a fabric roof that can be pulled back so that the rear passengers can enjoy open air. Just 99 copies of this very unique and no doubt extremely expensive vehicle are set to be produced.