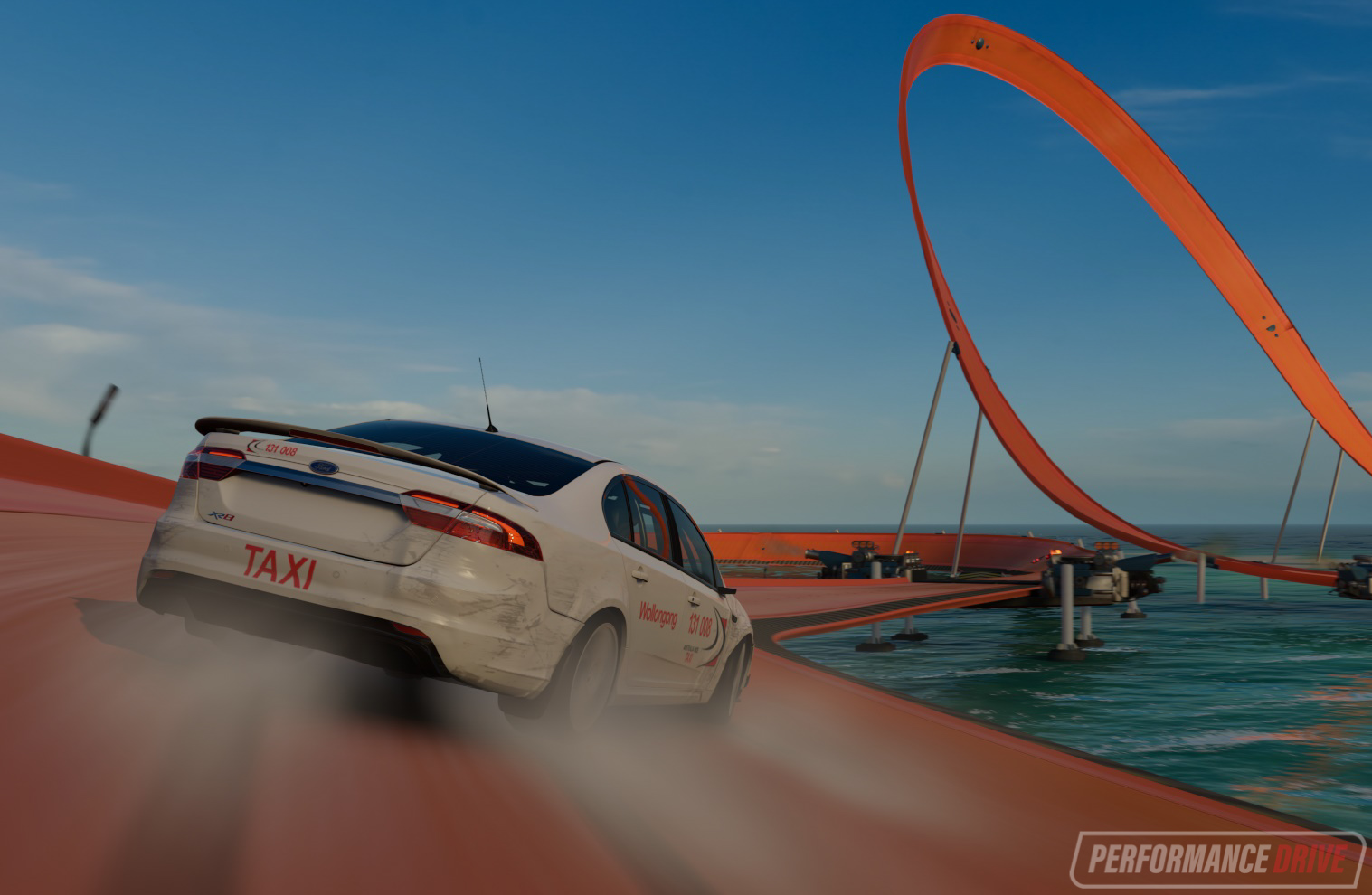 Forza Horizon 3, the widely acclaimed and best-selling driving simulator game set in Australia, has just been given an outrageous new twist with the Hot Wheels expansion pack taking the game into a new direction altogether. 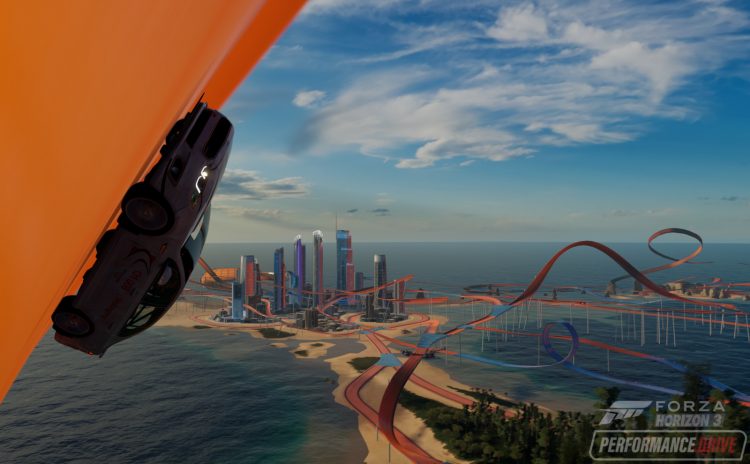 Given this add-on brings out a whole new element to the game, PerformanceDrive thought it was time to fire up the Xbox One and follow up our initial game review to see if the excitement for the Hot Wheels content is justified.

Having been available since May 9, the Hot Wheels pack can be had with the Forza Horizon 3 Expansion Pass, which is $52.45 and includes other content, such as the Blizzard Mountain pack – which we also sampled for the first time today. It can be purchased as a standalone item for $19.99. 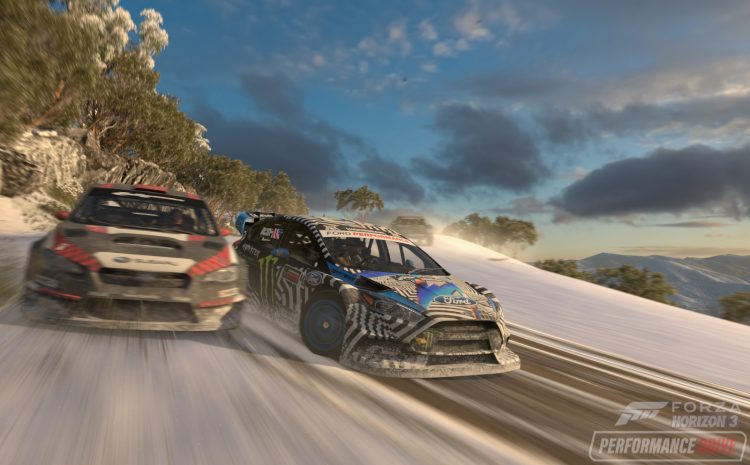 The Blizzard Mountain pack unlocks some snowy scenery from Australia’s alpine region. Those of you who go skiing or snowboarding at Perisher will feel right at home here. To conquer those powdery mountain tops, there is also a selection of rally cars including Group B Lancias and Audis, not to mention Ken Block’s Ford Focus RS-RX rallycross weapon.

It’s the Hot Wheels pack that takes things to another level, however. This coming together of two iconic franchises injects a dose of fantasy and reminds you of how fun it was playing with Hot Wheels cars and tracks during play lunch.

The new tracks, with their boosters and loop-de-loops, succeed at upping the fun and novelty factor of an already wonderfully detailed game, in the same way that the addition of stunt tracks did for GTA V. 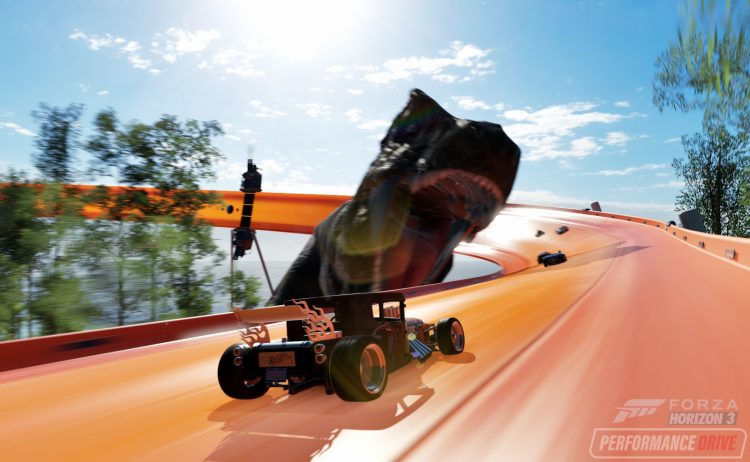 The scenery of this new world is also dazzling and there are even live dinosaurs that can bite you – Clive Palmer would feel right at home.

The outrageous Hot Wheels cars with their George Barris cartoonishness are superbly rendered. You can also take your ‘normal’ cars on the Hot Wheels tracks too, which is awesome. Photo and Drone modes are still there, so you can share your coolest stunts with your buds.

There are also ten new cars in the game, including a Valiant Charger E49, Arctic Toyota HiLux and the Bone Shaker, but where, oh where is the Deora; possibly the most iconic Hot Wheels car of all? You can read the full list of cars here. 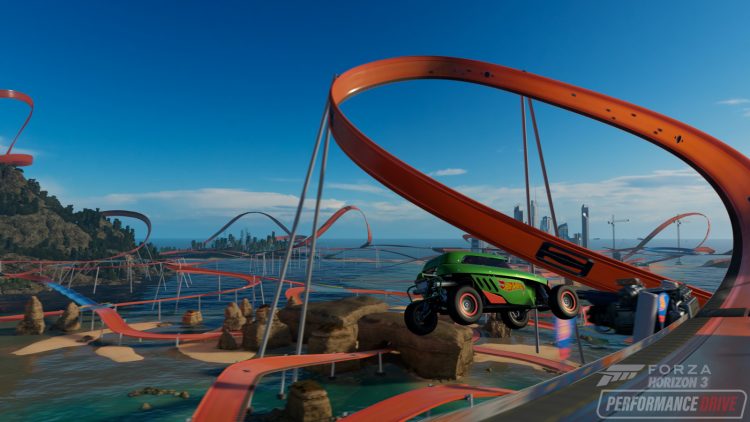 If there is a downside, there are many other DLC car packs available at extra cost, or $44.95 for a Car Pass. This seems a bit rich to us and is another example of game makers milking players for extra content.

If you can look past this though Forza Horizon 3 remains a thoroughly enjoyable game that we will no doubt continue playing for a long time. The graphics, car physics and missions are still fresh and this latest package enhances this further and adds another dimension to the game. If you are umming and arring about whether to purchase this game, you won’t regret it. It’s also available on PC.