Wald International, Japanese tuner and bodykit specialist, has come up with an ‘Executive Line’ upgrade package for the yet-to-be-released 2013 Lexus LS. The company could debut the kit at the 2013 Tokyo Auto Salon in January. 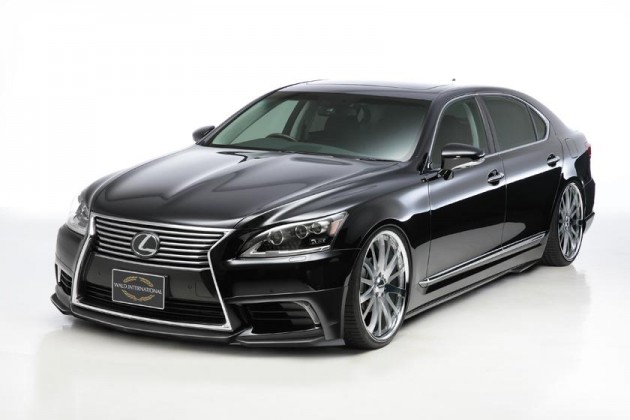 Limited details have been released at this stage, other than these preliminary images. The images show the sharp new LS with an even sharper and more aggressive body, including a new front spoiler and rear bumper bar, complete with side skirts.

The tuner has managed to retain the factory ‘face’, which incorporates Lexus’s new spindle grille design. The centre grille itself is the factory ‘Sports Luxury’ horizontal chrome unit, which provides a fitting luxury ‘VIP’ style. The horizontal grille also gives the LS a wider impression over the F Sport black mesh layout. 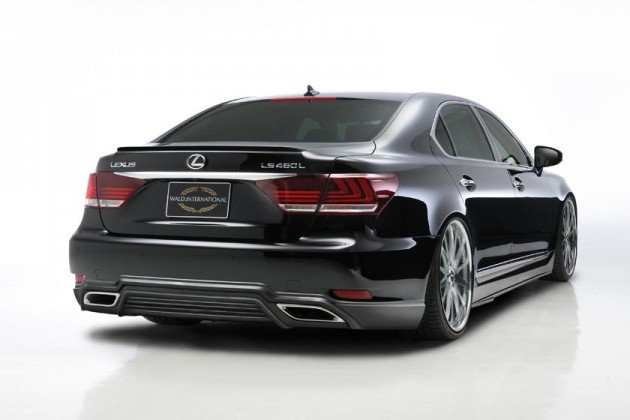 Topping it all off is a lowered suspension kit bringing the LS right down onto its belly. This allows the set of large chrome and machined-look alloy wheels to sit perfectly in the guards.

The 2013 Lexus LS range will hit Australian showrooms in February.