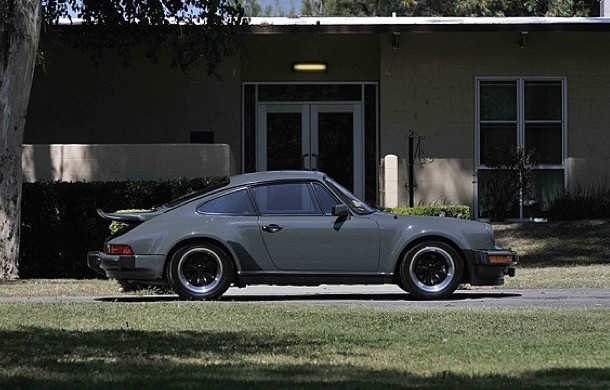 The Porsche 930 911 Turbo belonging to none other than Steve McQueen is going up for auction, featuring some interesting mods.

The man Americans dubbed ‘The King of Cool’, who was famous for high-octane roles in car-chase films such as Bullit and The Getaway, purchased a Porsche 930 Turbo as one of his final cars before he died in 1980.

The first in a long line of 911 Turbos, the 930 debuted in 1975 with its signature whale tail rear spoiler, fuel injection and instantly gained a reputation as a widow maker. This was due, in no small part, to the 911’s existing trait of lift-off oversteer caused by having the bulk of its weight sitting behind the rear axle. Combine that with the lag that comes with one of the earliest examples of turbocharging and you have a vehicle that requires talent to tame.

This particular example has a switch to kill the rear lights, we suspect to make the car ‘invisible’ to police if Steve felt the need for speed.

Given that this isn’t your ordinary 930 911 Turbo, it is expected to fetch a small fortune when it goes under the hammer at Mecum Auctions in August. A fraction of the proceeds from the auction will go to the Boys Republic charity to assist disadvantaged youths.