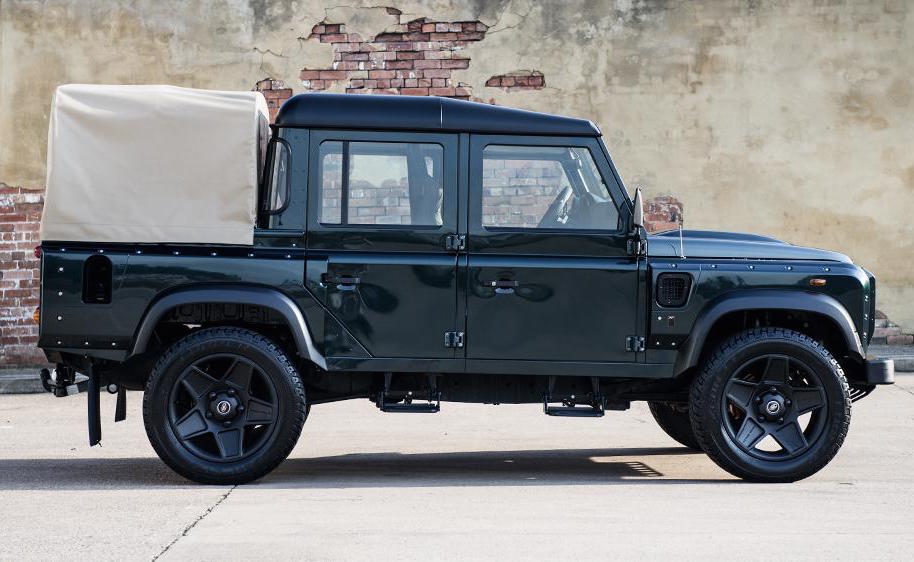 Old-school Land Rover Defenders are regarded as one of the coolest proper off-roaders around. Kahn Design, based in the UK, has a nicely-enhanced Aintree Green example up for sale. 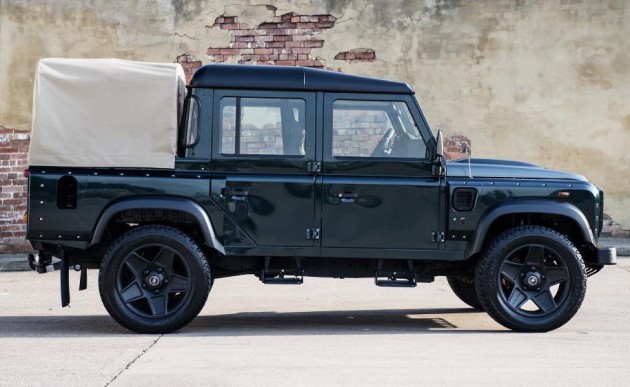 Based on a 2013 Defender 110 pickup ute, this example has been dressed in the full Kahn package. It features a stainless steel bonnet and side vents, a unique front bumper bar with daytime running lights, and an X-Lander grille.

The headlights showcase a fashionable shadow chrome theme. Kahn also fit some bulging wheel arches to give the off-roader an even tougher stance, while accommodating 20-inch Mondial alloy wheels that wear 275/55 tyres.

Unfortunately, no work has been done under the bonnet for the sake of improved performance. This means the standard 2.2-litre four-cylinder diesel is left with its 90kW/360Nm output.

Kahn is asking £32,875 for the 4×4 beast. Considering the amount of work that has gone into it, and the fact that it will one day be a highly desirable collector’s item, especially in this good condition, it seems like a pretty good buy.

Isuzu Ute Australia is popping the champagne bottles once again after being crowned the winner of Roy Morgan’s Customer Satisfaction...

Hyundai Australia is getting ready to launch the facelifted 2023 Palisade, and has today confirmed specs and lineup details. It’s...