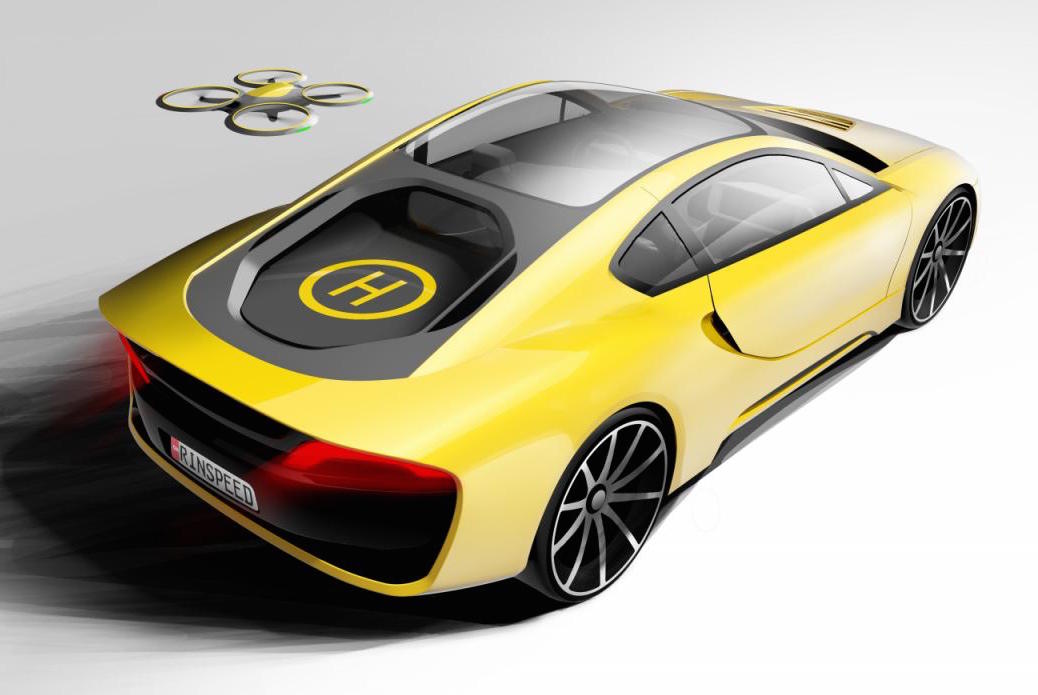 Known for its wacky concepts and outrageous car designs, Swiss tuning company and manufacturer Rinspeed is planning to unveil a new concept car at the 2016 Consumer Electronics Show in Las Vegas in January. 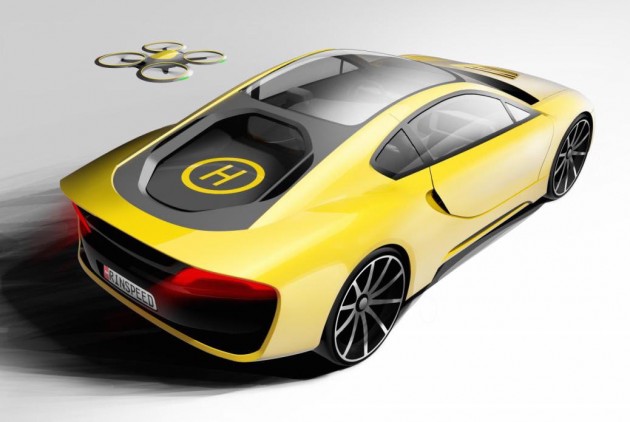 Seen here in an early teaser sketch, the Rinspeed Etos concept will be a low profile supercar/sportscar showcasing a completely unique body. There’s a glass roof setup that occupies the entire roof space, blending in almost seamlessly with the windscreen.

Further back is a pair of buttresses that support a mid-engine layout. However, nestled in the engine bay is not a stonking V12 or even a V10. Nope, it gets a sporty hybrid arrangement. The engine cover doubles as a landing pad for a drone too.

Inside is where it gets really interesting though. You see, this is a vision for a fully autonomous vehicle. The steering wheel can be folded away elegantly into the dash, leaving a clean and clutter-free cabin layout. There’s also two windscreens which move closer to the passengers to provide a better view.

Rinspeed says it has infused Harman Connected Car technologies for the on-board entertainment. It’s able to think in a “courteous and anticipatory” manner, the company says, delivering connectivity as well as maximum safety.

More information is expected to be released just before the CES event, which starts on January 6.