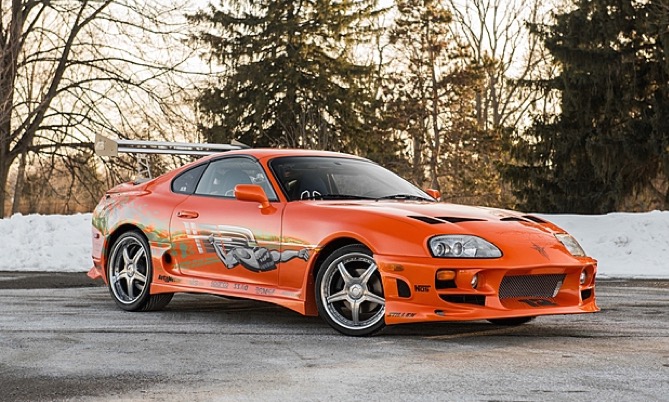 If you’ve ever wanted to acquire a piece of Fast and Furious memorabilia, here’s perhaps your best chance yet. It’s the orange Toyota Supra owned by Paul Walker’s character Brian O’Conner from the original The Fast and the Furious film, and it’s going up for auction. 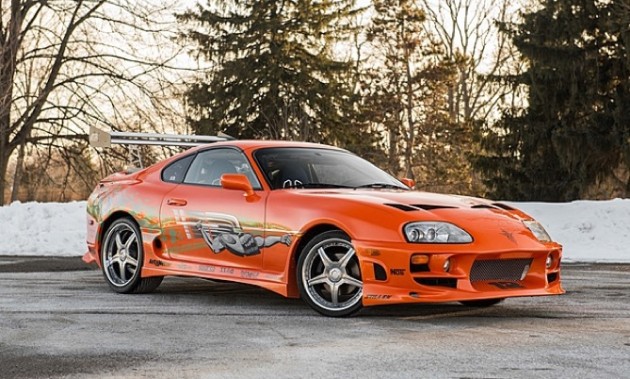 This has to be one of the most recognisable cars of all modern car films. It’s a bright orange 1993 model which was used in the original film, featuring a 2JZ-GE 3.0-litre naturally aspirated engine, running nitrous. The engine is matched to a five-speed manual.

A number of these Supras were made for the film for stunts and so on. This example was apparently used in the final race scene between Brian (Paul Walker) and Vin Diesel’s character, Dominic, which resulted in Dominic’s Charger flipping over.

As such, it comes equipped with heavy-duty suspension to handle stunts, as well as a full roll cage, racing bucket seats, and a Jaz Products fuel cell to keep the petrol cradled during heavy impacts.

Of course, the body and interior is dressed suitably to suit the film. There’s a huge APR rear wing, Bomex bodykit, Auto Meter gauges throughout, Dazz wheels, and plenty of Modern Image graphics for that must-have, 1990s street-racer look.

It will go up for auction during a Mecum event at Indy 2015, running from May 12 to 17. Seen as though the late Paul Walker would have spent some time in this exact car, it is expected to fetch quite a sum. Organisers predict somewhere in the vicinity of US$150,000-$200,000. Head over to the Mecum Auctions website for more details.

The all-new 2022 Toyota GR 86 will make its Australian debut at the Bathurst 1000 motorsport event next month, coinciding...

Yes, it's been one of the most highly-anticipated vehicles of the last five years or so. And now it is...