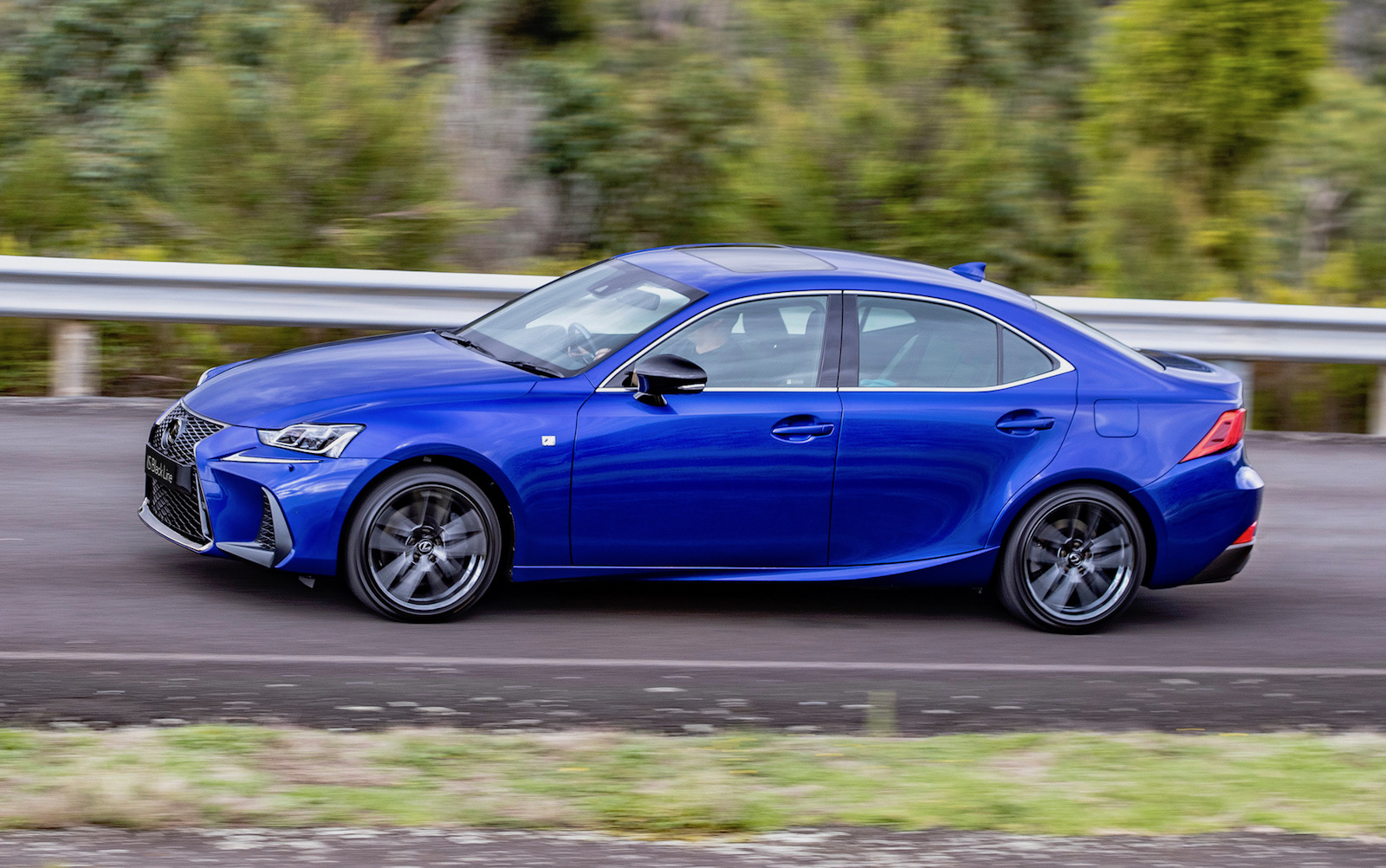 Lexus Australia is spicing up the IS mid-size sedan range with the launch of the Black Line special edition. It adds unique trimmings to help give the sharp sedan a more exclusive and somewhat sinister look. 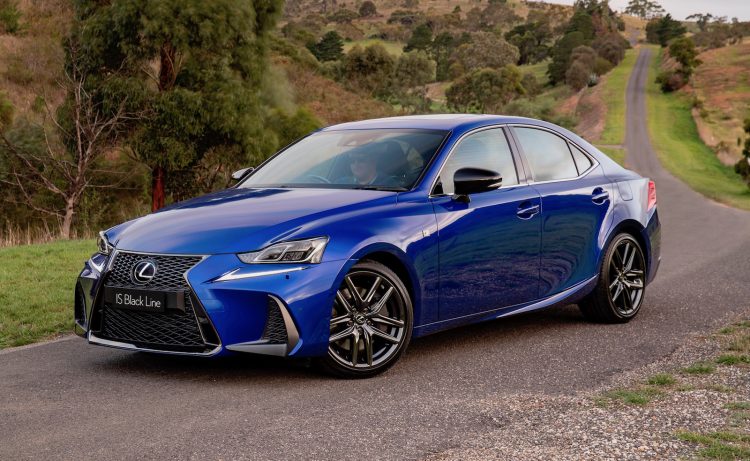 At the front the big ‘spindle’ grille is showcased in black, with matching side mirrors, while the 18-inch alloy wheels are also featured in black. These highlights can be paired with either the Cobalt Mica, Graphite Black, Liquid Metal, or White Nova body colour options.

Inside you’ll find an exclusive black/grey seat trim held together with blue-grey stitching. There’s also Indigo Wood for the top of the F Sport steering wheel, which itself is wrapped in perforated leather. A matching piece is installed for the power window switch panel. 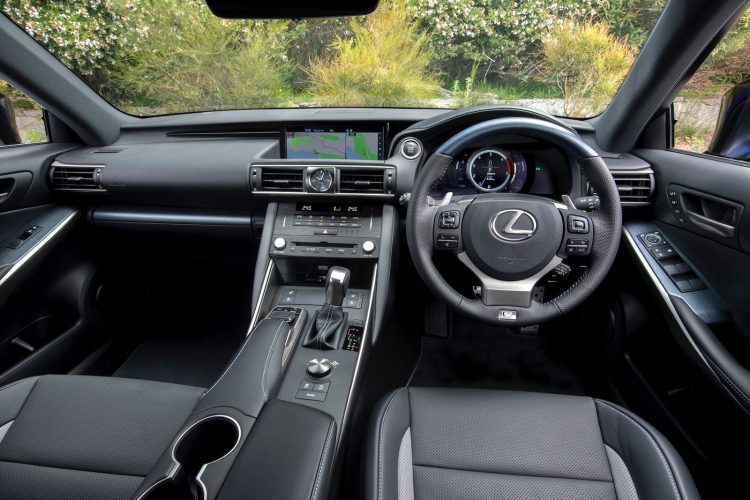 In terms of spec additions, the Black Line comes with projector lamps for the front doors that beam the Lexus logo onto the ground. That’s on top of the already-high level of standard equipment, including a 10.3-inch media interface, heated/cooled front seats, a 10-speaker premium sound system, digital radio, power steering column, and dual-zone climate control.

Lexus Australia is offering the Black Line pack for either the IS 300 or the IS 350. The IS 300 is powered by a 2.0-litre turbo four-cylinder that develops 180kW and 350Nm, while the IS 350 features a 3.5-litre V6 that produces 232kW and 380Nm. Both come with an eight-speed auto. Speaking about the special edition, Lexus Australia chief executive Scott Thompson said:

“Lexus is renowned for focusing on the nuanced appointments that distinguish it as a tailored luxury lifestyle brand, and the Black Line Special Edition enables customers to choose an IS with more tactile finishes and sleeker visual cues.”