Despite many manufacturers, including supercar makers, downsizing engines and turning to turbocharger technology in an effort to reduce fuel consumption, Lamborghini isn’t looking to take part in any of that. Not for at least eight years. 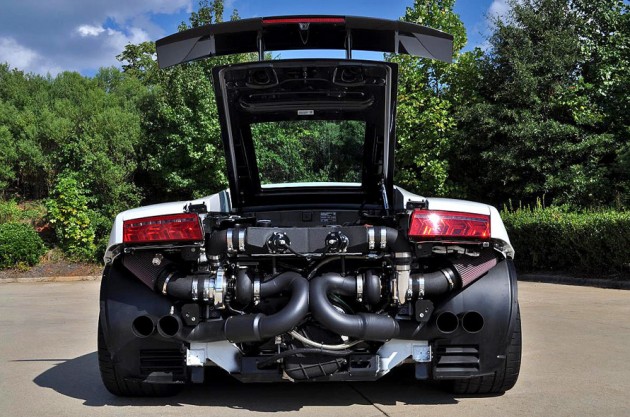 Lamborghini has been renowned for its naturally aspirated, high-revving V8, V10 and V12 engines for over 50 years. The company’s CEO, Stephan Winkelmann, recently spoke about its views on turbocharging.

He said for at least this decade, you won’t see any turbocharged engines in Lamborghini products (not in production guise anyway). Winkelmann said in a recent Autocar report,

“For this decade, I don’t see it [turbo technology] happening in the super sport car business – although I would also caution against saying it could never happen.

“The future can take its own path when fuel regulations are involved. All I will say is that any development along those lines must be consistent with the DNA of Lamborghini.”

Lamborghini is owned by Volkswagen, which also owns Audi. Audi is developing the new R8, which is expected to share a similar development path to the next-gen Gallardo. Reports have revealed that a variant of the R8 could include a turbo engine.

Even so, the new Gallardo is not expected to share the engine when it heads to showrooms in around two years.

What do you think? Should Lamborghini go down the more efficient path? Or should it stick to its heritage?