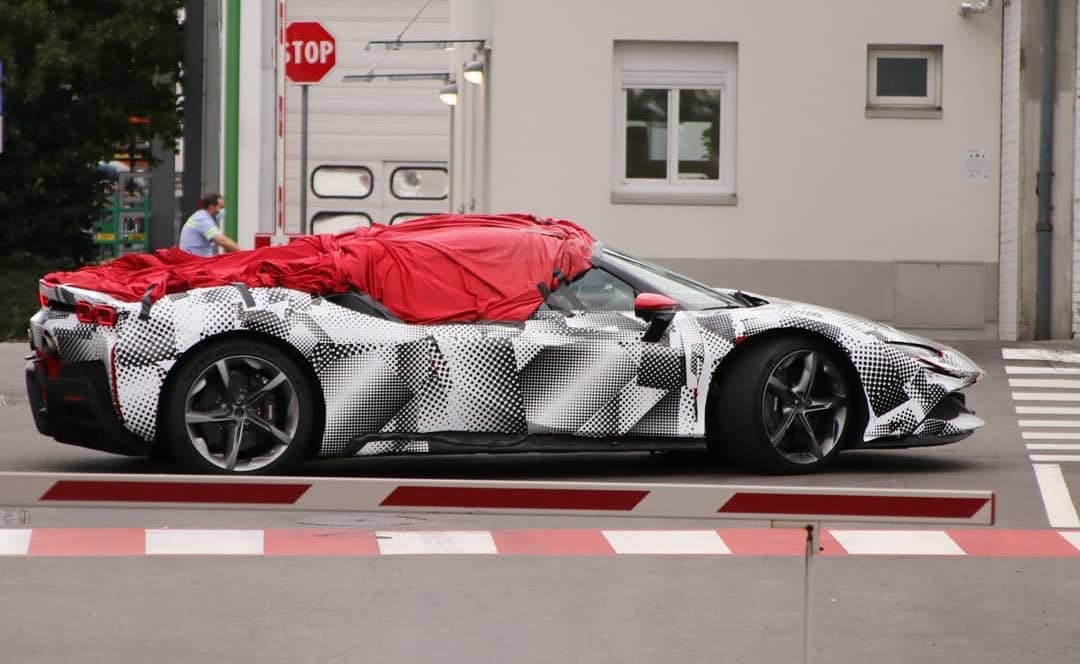 It seems Ferrari is going to pretty simple lengths to try and conceal the design of what is believed to be the upcoming SF90 Stradale ‘spider’. This prototype was recently spotted in Italy, with a red sheet blanketed over the top section of the car. 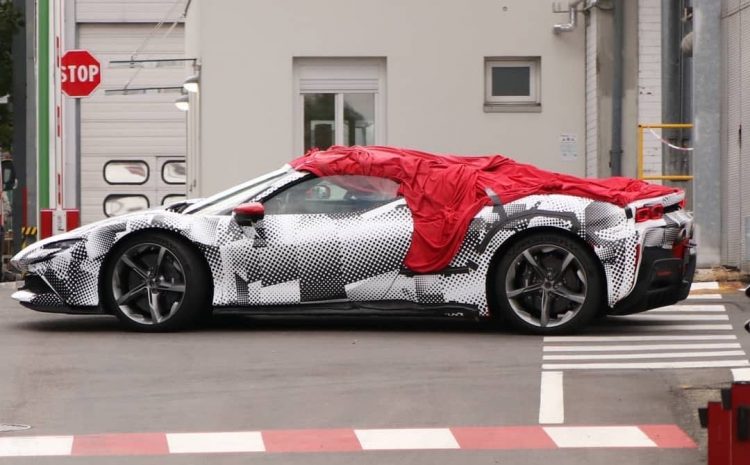 Manufacturers usually wrap their test mules and prototypes with disorienting colour themes, basically to cloud the view from any onlooker. Why? Because prototypes are not finished products and in most cases the final design is yet to be officially shown to the public.

But this is the funniest concealing method we’ve ever seen. Some photos recently surfaced on Instagram showing a Ferrari prototype with a red sheet loosely draped over the top. It’s held down by duct tape, and it’s jammed in the doors and windows. 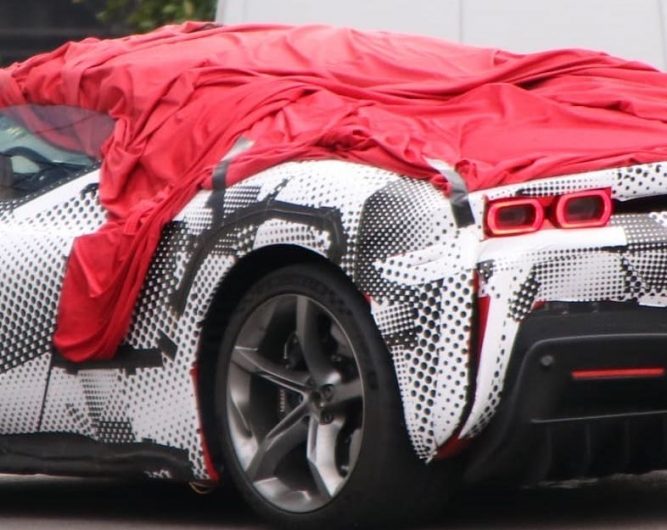 It’s pretty obvious the test mule is based on the SF90 Stradale, only with the roof looking pretty slack. This suggests this is the open-top spider version in the making. It’s set to come in as the company’s second hybrid drop-top, only behind the LaFerrari Aperta.

In coupe form the SF90 Stradale features an insane hybrid powertrain consisting of a 3.9-litre twin-turbo V8 that produces 574kW and 800Nm. This is matched to three electric motors, each producing 162kW. Combined, the entire system can unleash a colossal 736kW (1000PS).

Thanks to all-wheel drive, the SF90 coupe offers a claimed 0-100km/h time of just 2.5 seconds, with 0-200km/h coming up in an astonishing 6.7 seconds. We’d expect slightly slower results for the spider version due to increased weight from added reinforcements.

A full debut for the new model is likely to take place before the end of this year, however, customer deliveries are not expected to commence until at least the middle of 2021.