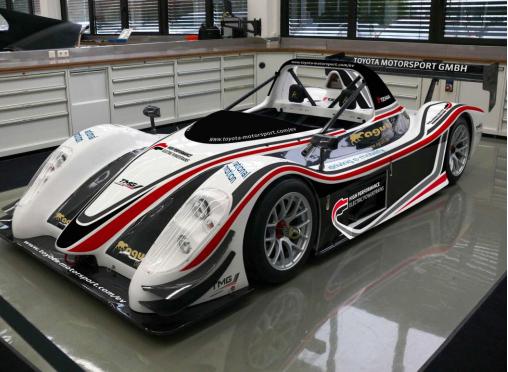 The current EV Nurburgring lap record belongs to a Peugeot EX1 Concept EV that has recorded a time of 9:1.338. Toyota will attempt the record in a Radical SR3-based lightweight that uses a 41.5kWh lithium-ceramic battery pack. This will power two electric motors, both combining to produce a substantial 280kW and 560Nm.

Impressive figures, not just for an EV but for any car. The Toyota EV racer weighs in at just 970kg, with most of the weight down to the battery pack. Even still, Toyota says the EV is capable of doing 0-100km/h in 3.9 seconds and has a top speed of 260km/h.

The team has scheduled in for a couple of day’s worth of attempts, just in case weather isn’t on their side. TMG General Manager Electric & Electronics Ludwig Zeller said in a recent statement,

“We want to demonstrate the high level of performance which can now be reached with an electric powertrain, not only in motorsport terms but as part of TMG’s existing development work on road car EV technology. There is no more evocative place to illustrate this performance than on the Nordschleife.

“Our target is to beat the existing record by more than just a few seconds because that will demonstrate just how far our technology has developed since TMG began working on KERS systems in 2007.

“Many people are still dreaming of an electric future for motorsport; at TMG we believe this is much closer than some think and we intend to show what can be achieved with a high-performance electric powertrain.”

Calculating off the specifications – and the weight and top speed – there’s certainly a great possibility Toyota Motorsport will crack into the eight-minute barrier at least, and break the record. We’ll keep you updated in any case, and provide any video footage that accompanies the attempts.