BMW has released an interesting video outlining the workings of the new BMW M Performance tri-turbo diesel engine, found in the BMW M550d and X5 and X6 M50d. 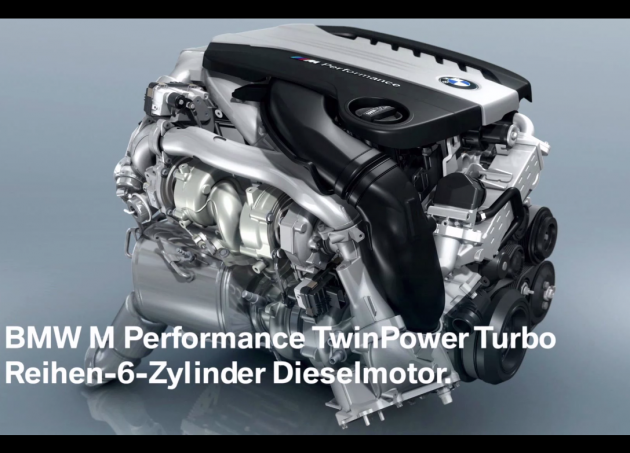 The new engine is, as far as we know, the first mainstream triple-turbo diesel vehicle ever made. It uses the turbochargers as a three-stage system. So the first turbo is designed to provide boost at low revs, while the second comes in during the mid-range, and the third providing top-end power.

The engine produces 280kW and 740Nm, while in the X5 M50d offering an average fuel consumption rating of 7.5L/100km, and just 6.3L/100km in the M550d sedan. It’s a very interesting new engine concept. Click play below to find out more about it.