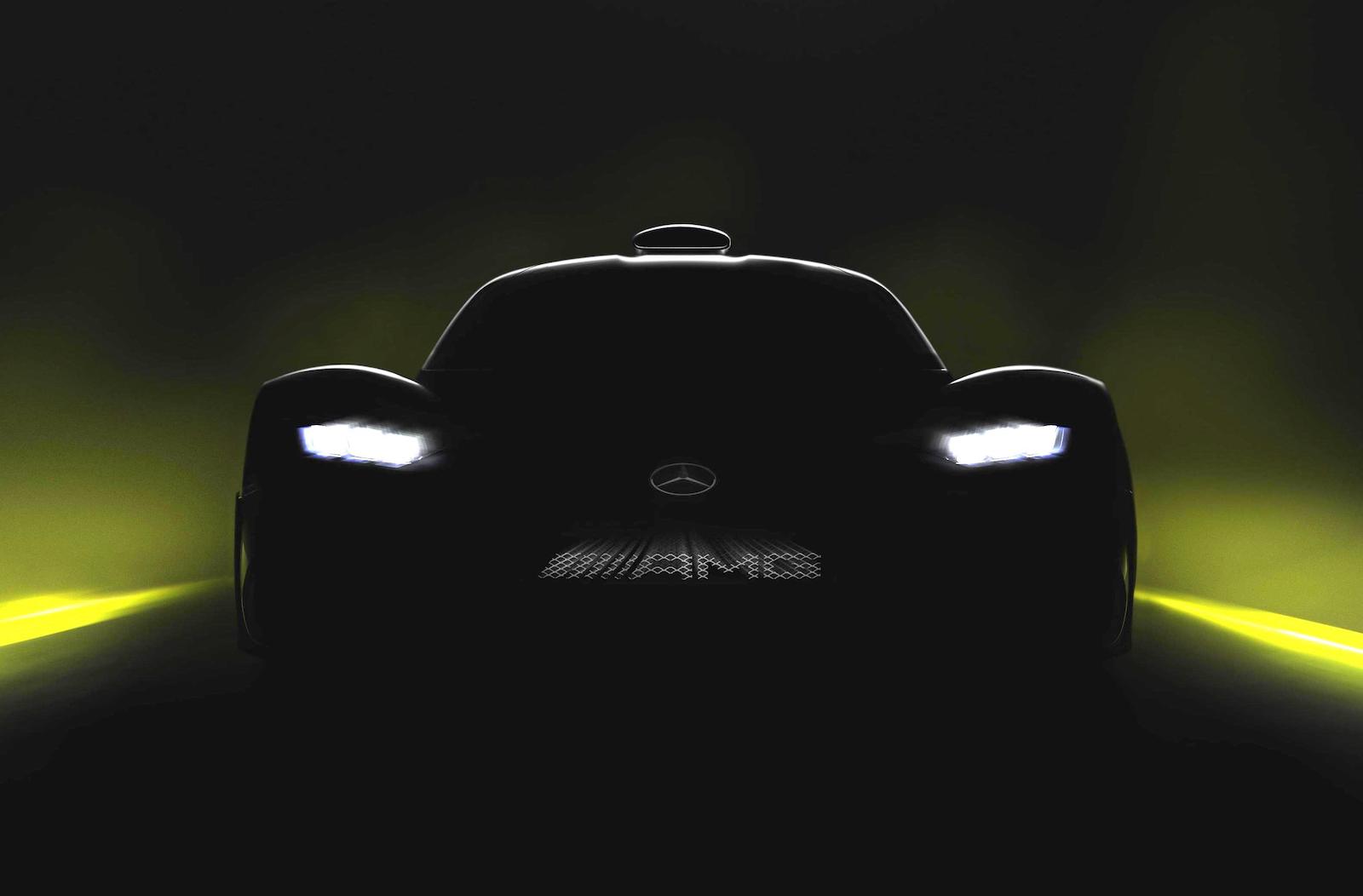 It’s coming. The epic Mercedes-AMG Project One hypercar. It will be officially revealed at the 2017 Frankfurt motor show in just a couple of weeks. 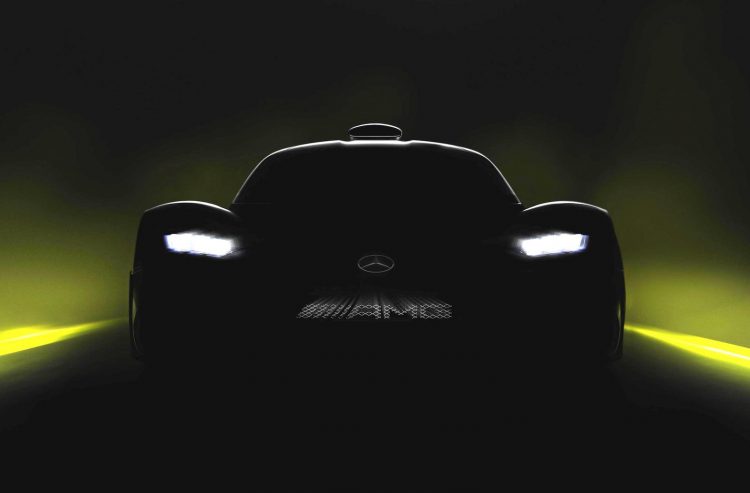 The hypercar is being described by the carmaker as being one that brings Formula 1 technology to the road. It will be a strict two-seater, as you might have guessed, with a very low-slung cabin and body profile.

Power will come from a high-performance hybrid system with an output of over 746kW (1000hp), capable of propelling the hypercar to a top speed of over 350km/h. It won’t be just about straight line speed though; Project One is expected to corner like electricity as well.

Using aerodynamics technology developed in Formula 1, the crazy creation is likely to offer mind-bending downforce and grip around corners. This should help it become one of the very quickest road legal cars around a track, going up against the likes of the LaFerrari, McLaren P1, and Porsche 918.

In terms of the teaser, Mercedes-AMG has sent out an underexposed image of the front end (which we’ve turned up as much as possible in Photoshop). It shows a silhouette of that low-slung design.

Other than that, Mercedes says the car “combines outstanding racetrack performance with day-to-day suitable Formula 1 hybrid technology” and efficiency.

We’d anticipate another teaser to be handed out before the big reveal on September 12, because, why not? We’ll keep you updated in any case.