Ferrari Australia has released a rather amusing and interesting set of potential Ferrari Christmas present ideas, following the formula of ‘if you can’t afford a Ferrari, here’s your chance to spend money like you own a Ferrari’. 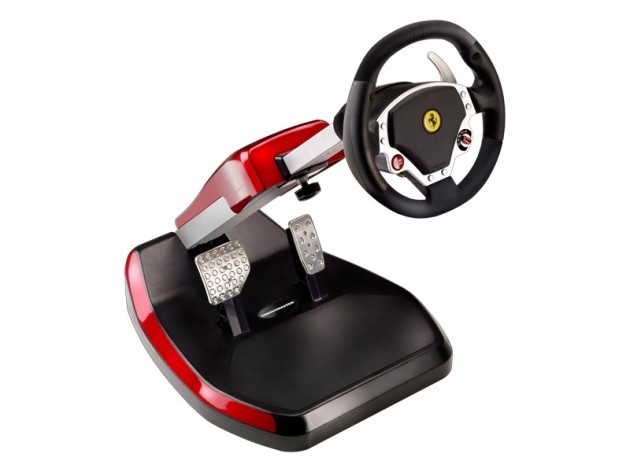 There are some interesting Christmas present ideas in there as well. As long as you have a bit of money to spend, you could buy your dearest Ferrari fan a full 1:8 scale Ferrari Formula One car, just like the ones Alonso and Massa drove during the 2011 Australia Grand Prix. Available for $6511.

There’s also a Ferrari Formula One piston and conrod from an actual F1 car for $664 (not a bad price considering some normal road car pistons are much more expensive than this), or a valve for just $166, and other engine parts that come with a certificate of authenticity.

Something we’re interested in here at PD is the Ferrari computer game cockpit. It comes with a folding metal frame containing a steering wheel and pedals to use with a PC or PlayStation 3. It includes a Ferrari 430 replica steering wheel, and is available for $277 – not a bad price at all.

Other toys and games that could make an ideal Christmas present include a Ferrari California pedal car, priced at $205 – suitable for persons under 30kg, unfortunately – or, for those of you out there that are, or know someone that is, an absolute carbon fibre fanatic, there’s a carbon fibre Ferrari chess set, available for $1606.

Head over to the Ferrari store for more details.

With Christmas approaching fast we’re sure there will be plenty of other goodies being released and promoted over the next few weeks. We’ll sort out the best ones for you. Stay tuned.