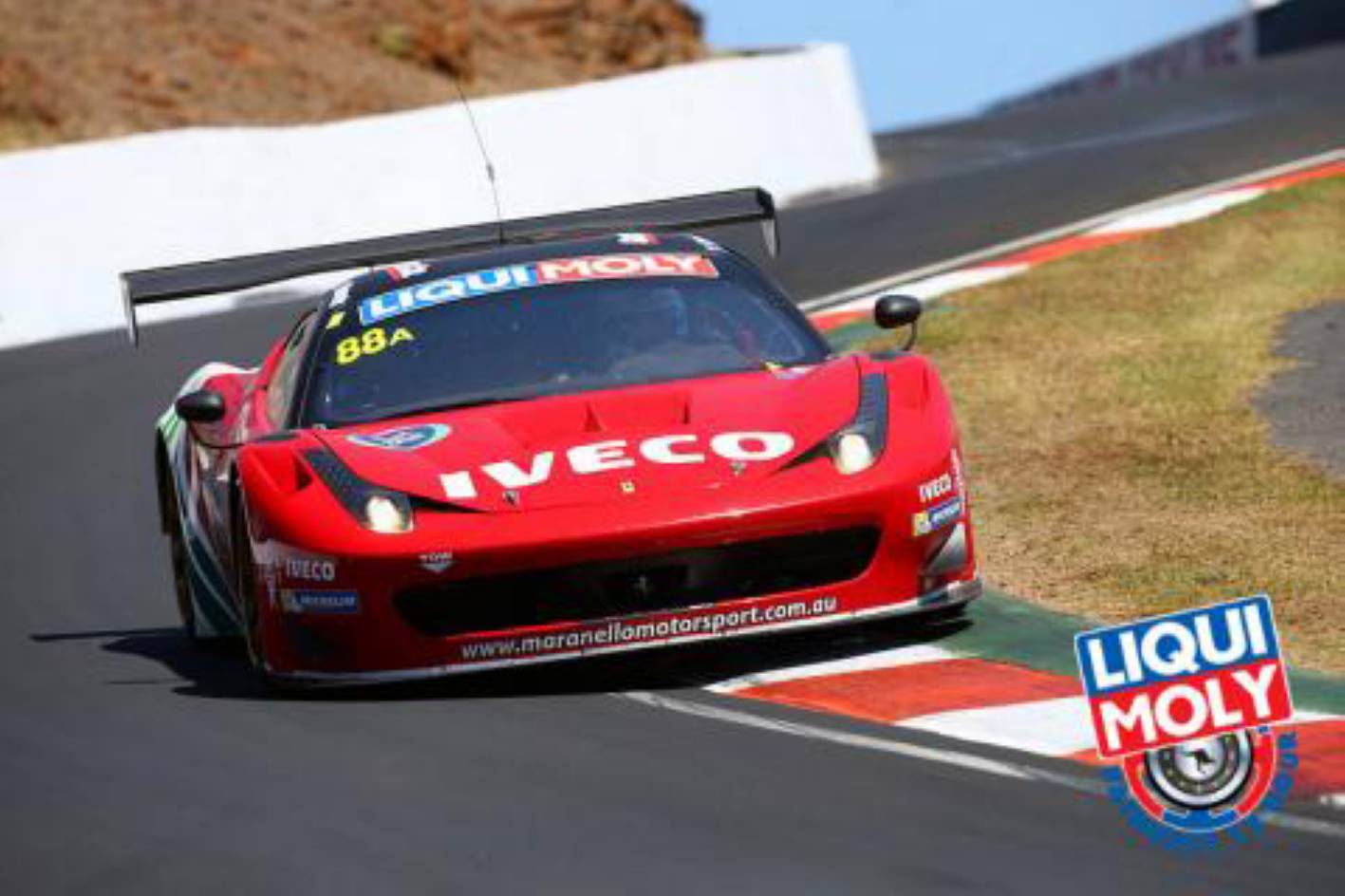 Craig Lowndes, John Bowe, Mika Salo, and Peter Edwards have won the 2014 Bathurst 12-hour endurance race, taking place over the weekend, driving a Ferrari 458 GT3. This is the first time in the race’s history that Ferrari has won. 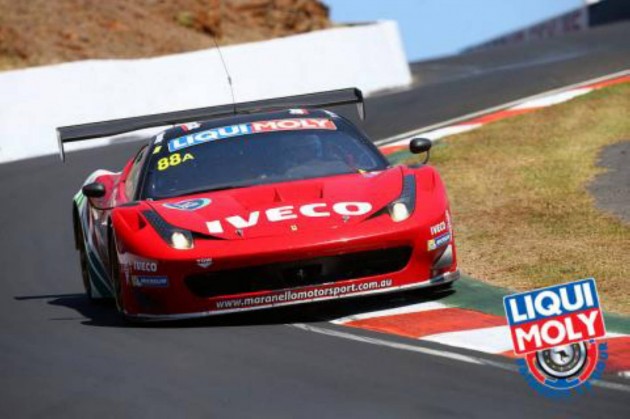 It was an arduous race this year, as it often is, with multiple cars suffering problems and drivers getting fatigued in the extremely hot conditions. Herbert Appleroth, CEO of Ferrari Australasia, recently said, 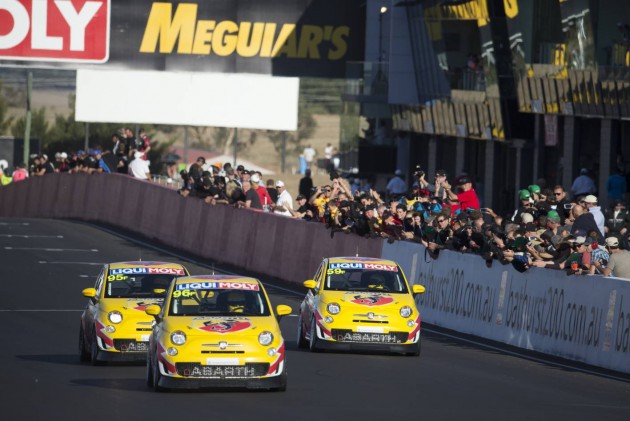 In other race news, Abarth put in a stout effort for its first year competing in the event. The little Fiat 500-based Abarth 695 Assetto racing cars, with their 1.4-litre turbo engines, were the least powerful cars on the field. However, they consumed just 1.5 litres of fuel per lap making them the most efficient in the field.

The three-car lineup managed to come home with 18th and 22nd spot. They only needed to change tyres and brake pads once during the entire event.

One of the favourites, the Nismo Athletic Global Team, unfortunately crashed out in the early stages of the race, while the Erebus Motorsport GT team in the Mercedes-Benz SLS AMG clipped a kangaroo.

Jim Richards and the team in the Lamborghini Gallardo GT3 unfortunately didn’t finish the race.

This year’s event saw temperatures soar above 36 degrees with track temperatures hitting 60 degrees, making it very demanding for teams and drivers, and also the spectators.

See below for the top seven results;