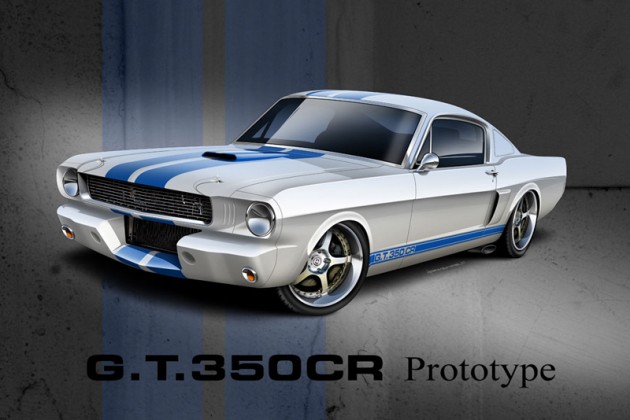 An old classic made new again, who wouldn’t want a slice of that? The Classic Recreations G.T.350CR will come in a range of different engine trim levels to suit your needs too, depending on how quickly you want to go through a rear set of tyres.

The first option on the list is a 7.0-litre naturally-aspirated V8 with a Mass Flo fuel injection system. The entry-level unit churns out a very healthy 406kW (545hp).  If you fear there will be far too much grip in the rear treads, Classic Recreations also offers a supercharged version which outputs upwards of 481kW (645hp), and an intercooled version pumping out 555kW.

If you really want to get a move on though, Classic Recreations offers a top-shelf engine that comes with a twin-turbo kit, pushing power levels up to a whopping 746kW (1000hp). The kit includes a neat intercooler setup and everything required to keep the system running smoothly.

It doesn’t matter what engine pack you decide to go for, Classic Recreations also matches up a robust drivetrain combination to make sure power is put to good use. It consists of a 3.7:1 ratio 9-inch fabricated differential with Posi Traction, and a Tremec five-speed manual transmission.

All up, prices for the Shelby G.T.350CR modern classic start at $119,000 (approximately AU$115,000). Not bad for what would be an immaculate mid-Sixties Ford Shelby Mustang. What do you think?