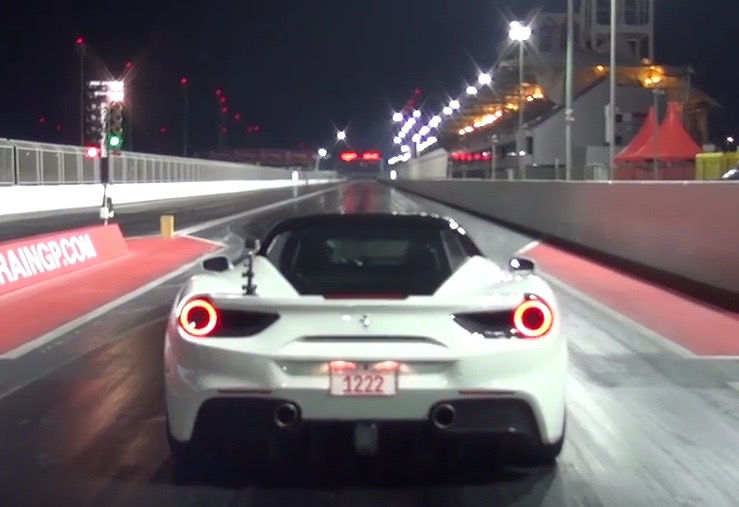 What sort of quarter mile time can you expect from the new Ferrari 488 GTB? It seems it is a 10-second car, from the factory. 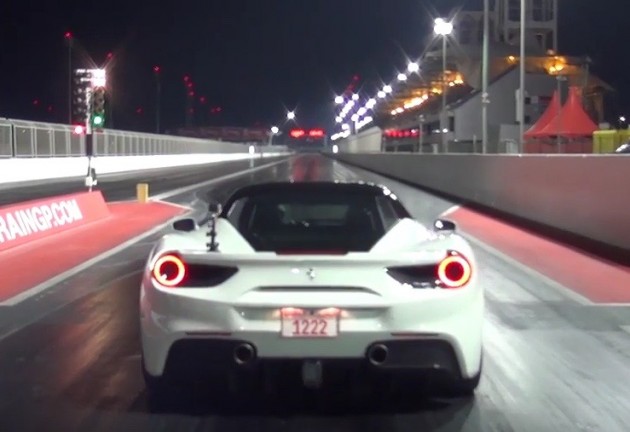 Ekanoo Racing, the UAE-based tuning company that is responsible for some very wild street car projects, is planning to do a few things to a recently-acquired Ferrari 488. Before it opens the engine compartment though it took the, apparently stock, supercar to the drag strip.

It posted a very impressive best time of 10.37 seconds at 221km/h. This is an incredible time for a standard, rear-wheel drive production car. The 488 GTB isn’t even regarded as a ‘hypercar’ either; it’s actually Ferrari’s entry-level model, superseding the 458 Italia.

The only other rear-wheel drive production vehicles that we know of that have produced quicker times are the LaFerrari and McLaren P1 hypercars, with 9.7 seconds and 9.8 seconds, respectively.

It’s unknown at this stage what Ekanoo Racing is planning to do to the machine, but we’re sure we’ll hear about it soon, with a record or two probably thrown in. Click play below to see how the stock car performs.