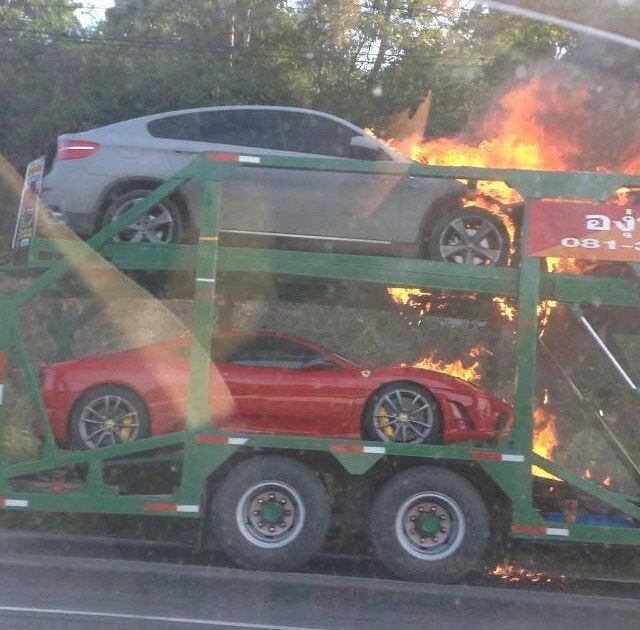 What a terrible sight. A car-carrying truck trailer hauling a number of high-end sports cars and supercars has caught fire in Thailand, completely destroying the expensive collection. 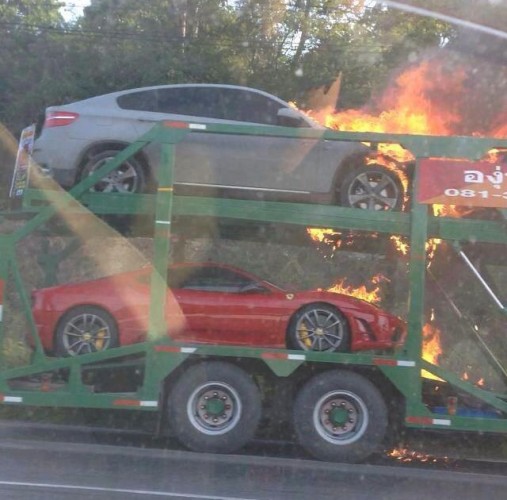 Going down in the flames included a BMW X6, a Ferrari 430 Scuderia, a Bentley Continental Flying Spur, and a Lamborghini Murcielago.

The tragic incident occurred in Nakohn Ratchasima. The official cause of the outbreak is yet to be determined. Some are jokingly saying the Ferrari 430 was the one that started it, with the Italian marque previously recalling some of its vehicles due to fire hazard. 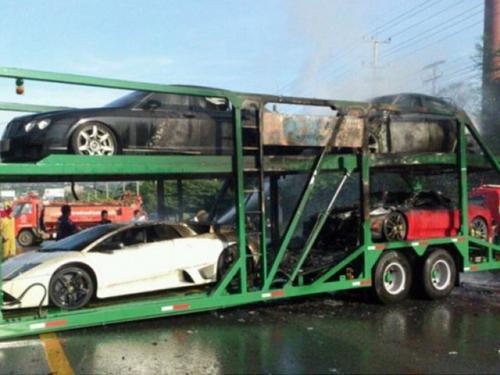 By the looks of it, all vehicles seem to have ended up very messy, with the BMW X6 considerably toasted to the point where the body is collapsed over the wheels.

It was a lucky escape for another Bentley and a Mercedes-Benz also being carried on the truck, both of which were unscathed in the incident.

We feel sorry for whoever these vehicles were meant to be delivered to. If it’s any consolation, the trailer appears to have held up very well.