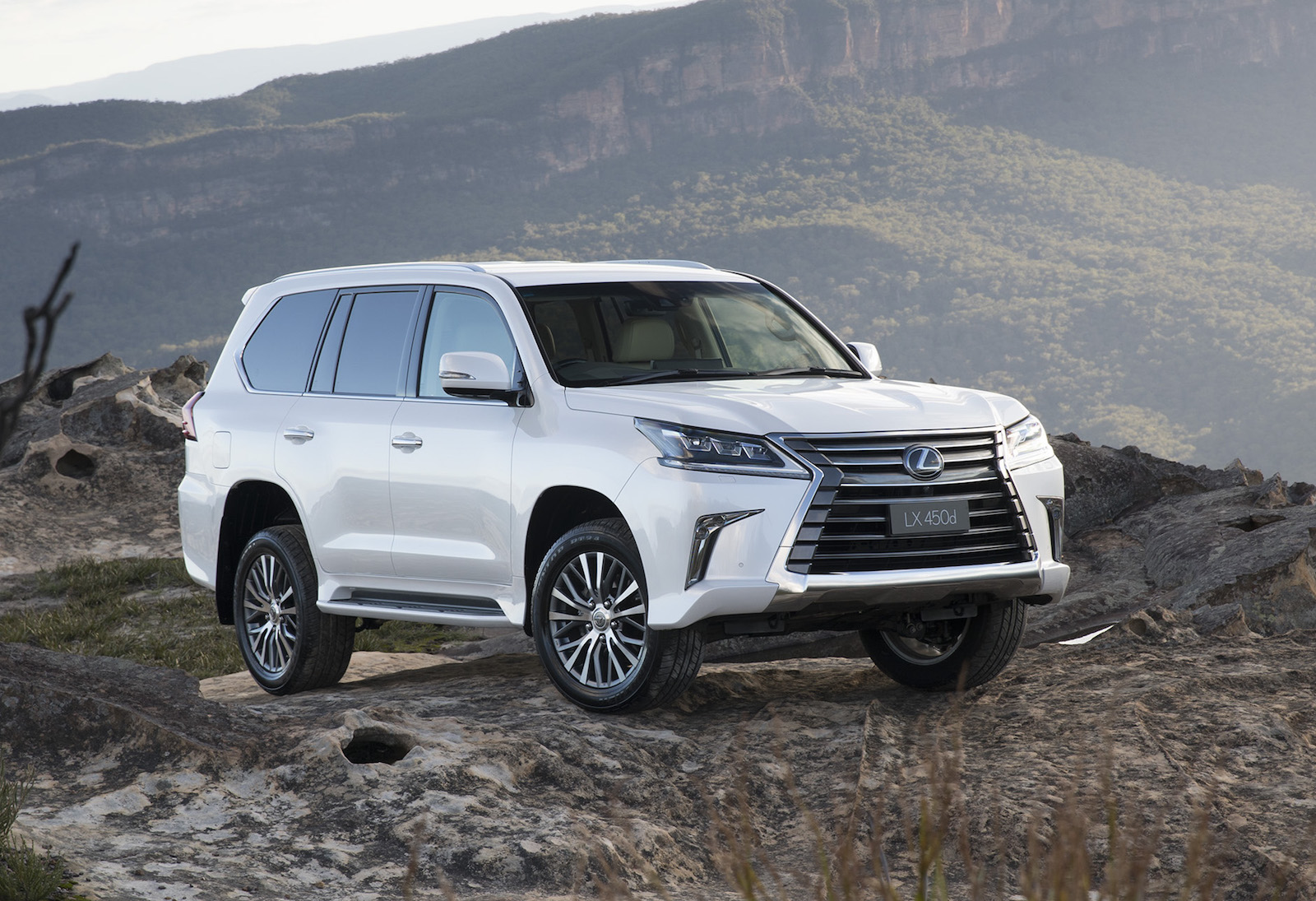 Lexus is introducing a twin-turbo V8 diesel option for its LX super-large, super-lux SUV, taking on the badge LX 450d. This is the first time a diesel version of the modern LX is being offered in Australia. 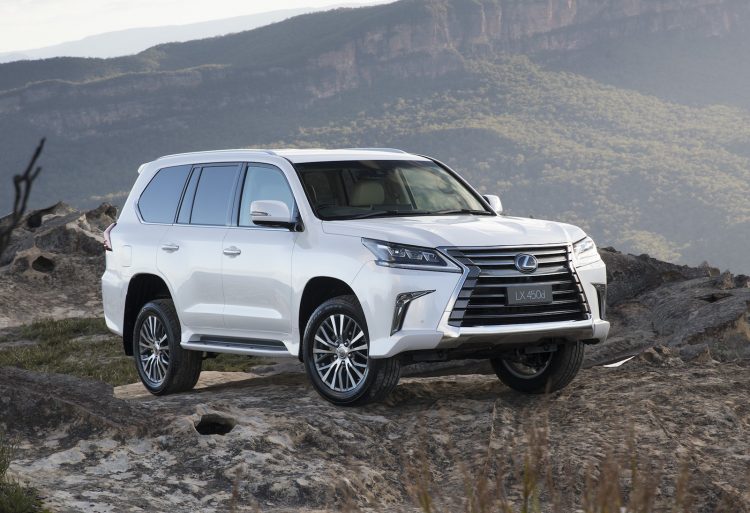 Up until now the Toyota LandCruiser-based Lexus LX has only been available with a 5.7-litre naturally aspirated petrol V8 in Australia, called the LX 570. Sure, it belts out 270kW and 530Nm, but the fuel economy is not ideal, rated at 14.4L/100km on the combined cycle.

The new LX 450d comes with the 4.5-litre twin-turbo V8 diesel engine that’s also offered in the LandCruiser, producing 200kW and 650Nm. This unit is Euro 5 emissions certified and uses a diesel particulate filter, offering a fuel economy average of 9.5L/100km. Power is sent through a six-speed auto transmission with all-wheel drive.

Being the flagship Lexus SUV, all of the usual luxuries and creature comforts are present in the 450d. Included is a set of 20-inch alloy wheels wearing 285/50 tyres, a four-camera external view monitor for off-roading, and five different drive modes, with variable-ratio steering, adaptive variable suspension and active height control.

On the dash is a 12.3-inch multimedia system with sat-nav, digital radio, along with four-zone climate control with nanoe technology, all decorated with a shimamoku-woodgrain trim. Speaking about the new variant, Lexus Australia chief executive Scott Thompson said:

“We have had consistent demand for the LX with a turbo-diesel and Lexus has responded by developing an extremely well-specified vehicle that we are able to offer at a remarkable price. The turbo-diesel engine is smooth, quiet and powerful and will suit a wide variety of applications.”