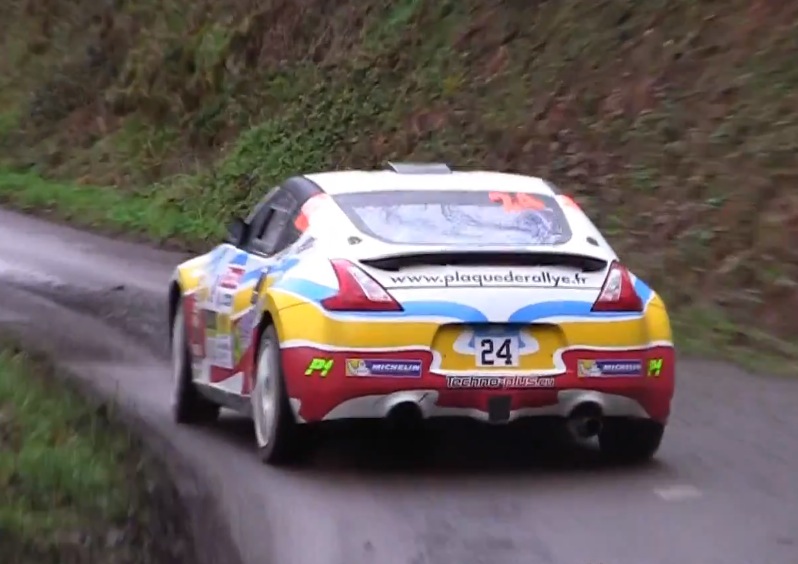 Here’s one for the Nissan Z car lovers. It’s Eric Mauffrey and his Nissan 370Z rally car, driven to its maximum. Despite being rear-wheel drive, the car seems to have loads of rear end grip. One this is for sure though, it sounds intense. Check it out.