An original and genuine 1987 Holden VL Commodore HDT Director is up for sale on eBay at the moment, with a starting price of $249,999. With an asking price like that, we thought it’s worth a look. 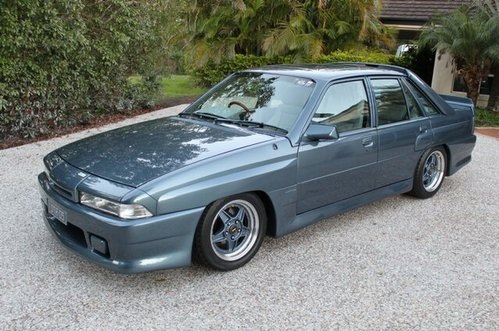 The HDT Director was one of the last vehicles to be produced by the original HDT Peter Brock-owned company. Just 12 examples were made. The cars were based on the VL Commodore – the current model of the day – featuring various dramatic body modifications to really set it apart.

In this case, the example up for sale is in a rare Eucumbene Blue colour scheme with a grey leather interior. It’s number 10 of those built and comes with just 95,000km on the clock. 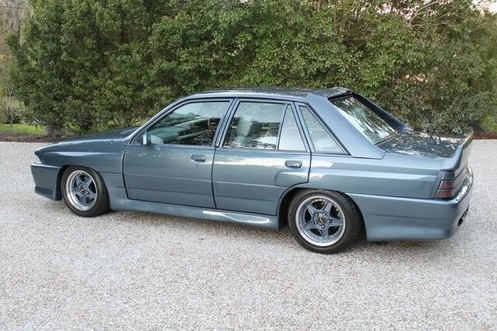 Under the bonnet sits a 4.9-litre V8 engine that was hand-built by HDT. It includes roller rockers and is balanced and blueprinted. The end result is 223kW of power. That’s a lot more powerful than the famous VL Group A SS Walkinshaw which produced 180kW.

Again, this example up for sale is all original, with the original sports bucket seats, an automatic transmission, two ‘polarisers’, a 90-litre fuel tank, and a set of the period-popular 16-inch Simmons B45 alloy wheels. 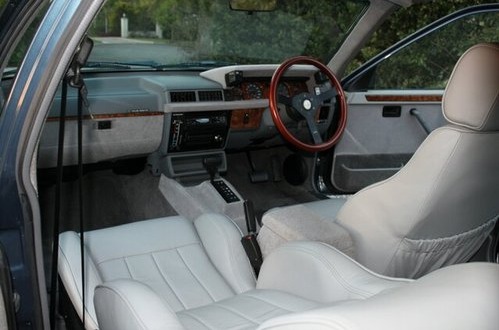 It’s in such good condition it has previously won Best HDT and First Place awards at the 2012 HDT Nationals Concourse event, and has also picked up Best HDT at the All Holden Day in 2009, 2010 and 2011 in Queensland.

If you’ve got the money, this is one of those Aussie icons that will likely keep appreciating in price as time goes. Head over to the eBay advertisement for more details… or to place a bid.