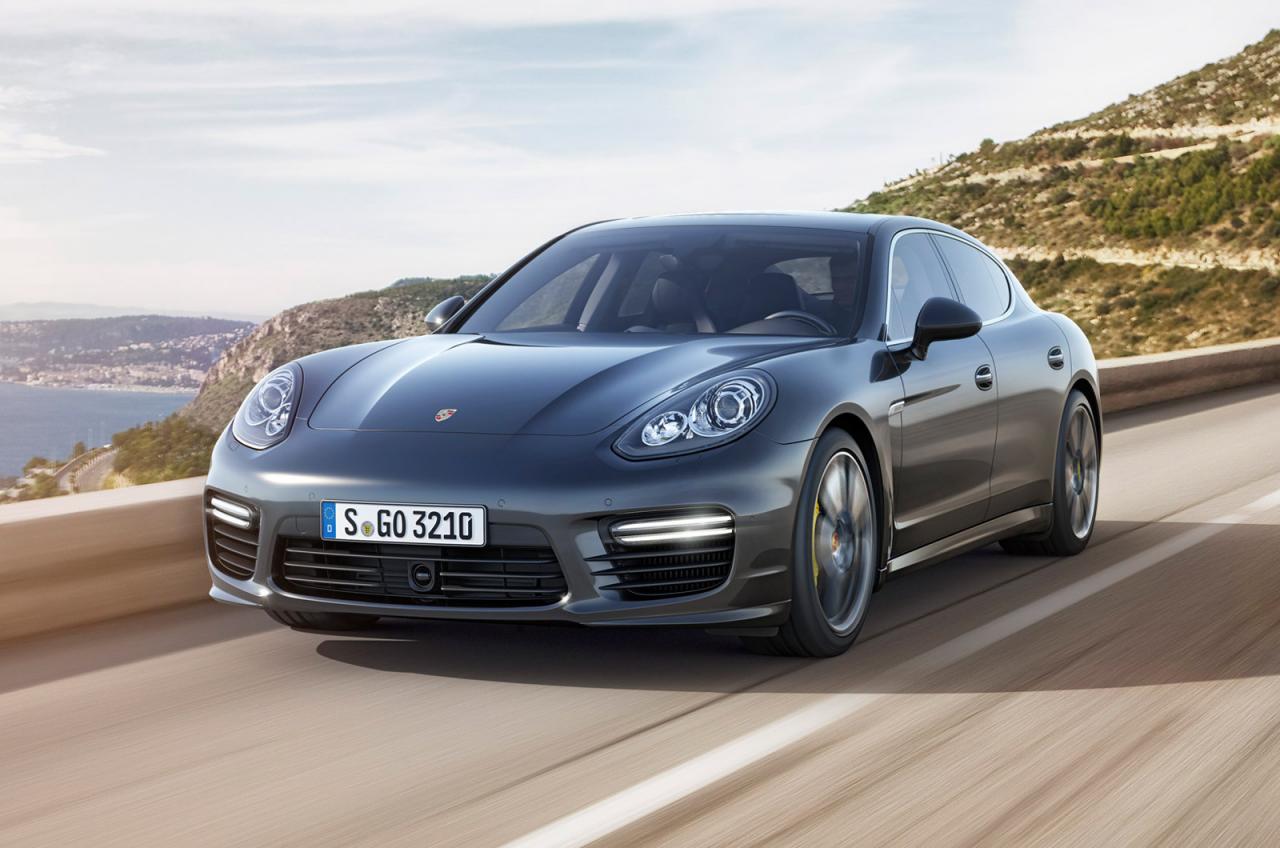 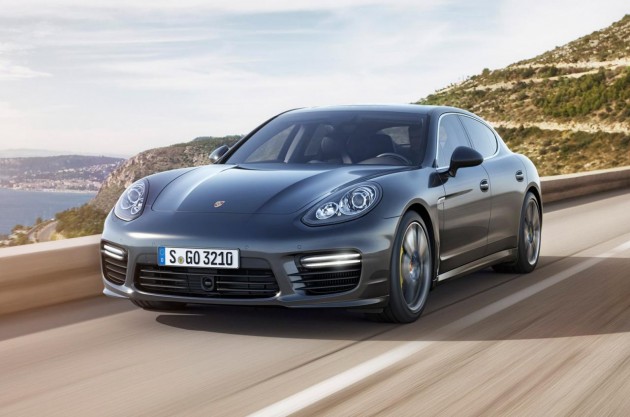 Power comes from a revised version of the 4.8-litre twin-turbo V8 used in the predecessor. Output is increased by 14kW from the 2013 model thanks to new turbochargers and a higher pressure setting for the injectors. There’s also new aluminium alloy pistons and specially coated rings.

While torque output remains at a hefty 750Nm, the availability of the surge is now spread from 2250rpm to 5000rpm (up from 4500rpm). During overboost, it peaks at 800Nm for a short period. With these kind of figures on board it’s no surprise 0-100km/h comes up in just 3.8 seconds.

Like the rest of the 2014 range, the new Turbo S comes with discreet exterior styling tweaks, with larger air intakes in the front end, restyled LED headlights, and a revised tailgate and four-way spoiler.

Inside, it’s all about fine luxury and sportiness. There’s 14-way power seats in the front with seat ventilation, while in the back are two generously appointed and similarly bolstered sports chairs offering good leg and headroom, even for taller passengers, according to Porsche.