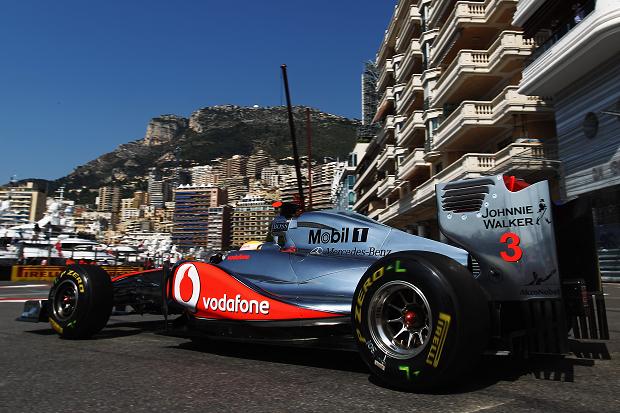 Button set his time early in the second of two sessions before showers ensured no other car would beat his benchmark of 1:15.746.

Lotus-Renault driver Romain Grosjean was the second fastest across the two sessions while Ferrari’s Fernando Alonso and Felipe Massa looked promising in third and fourth respectively.

Australian Red Bull Racing driver Mark Webber was down in seventh, but still pipped his world champion teammate across the two sessions.
Fellow Aussie Daniel Ricciardo was 15th and 18th in his first practice sessions at the famous Monte Carlo circuit as an F1 driver.