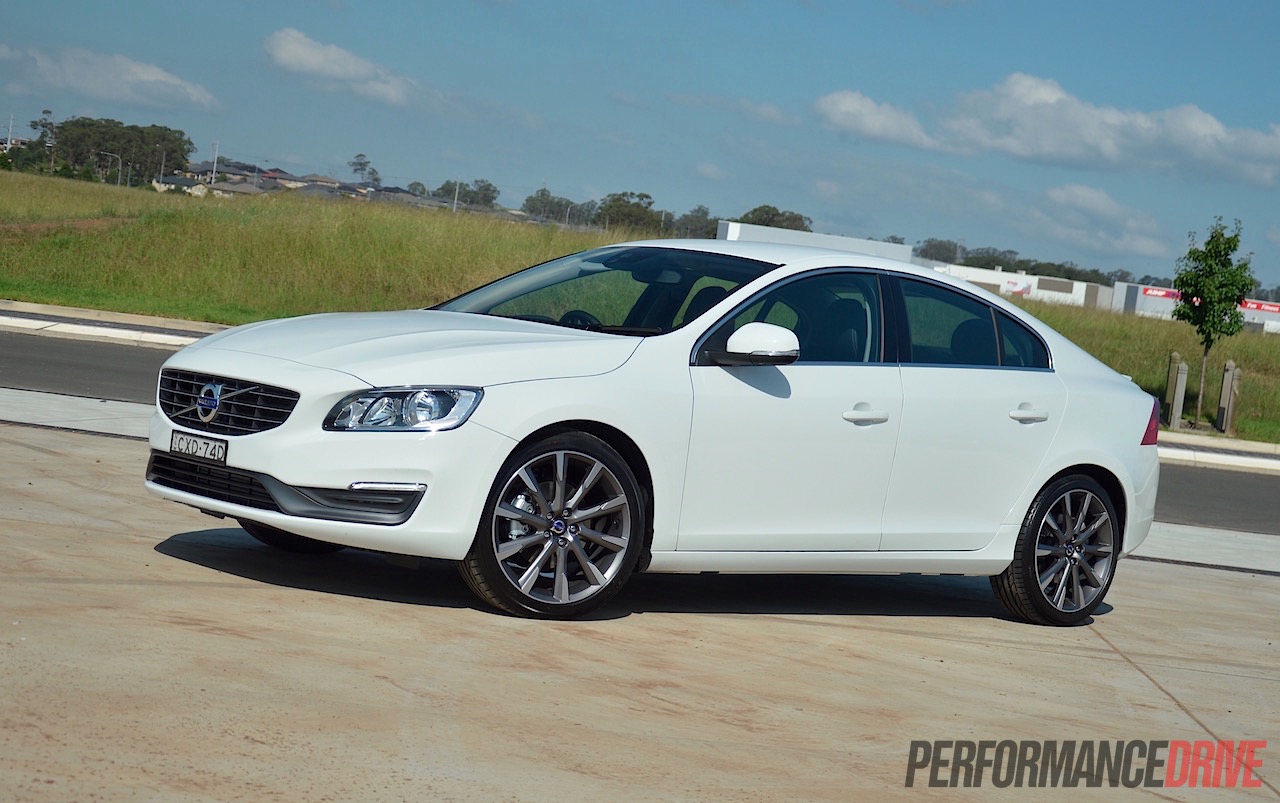 You might not have associated Volvo with Aussie motorsport just a few years ago, but now the brand has developed quite a following in the local V8 Supercars series with the S60-shaped race car. And to thank the fans Volvo Australia has come up with this, the S60 T4 Sprint Edition. 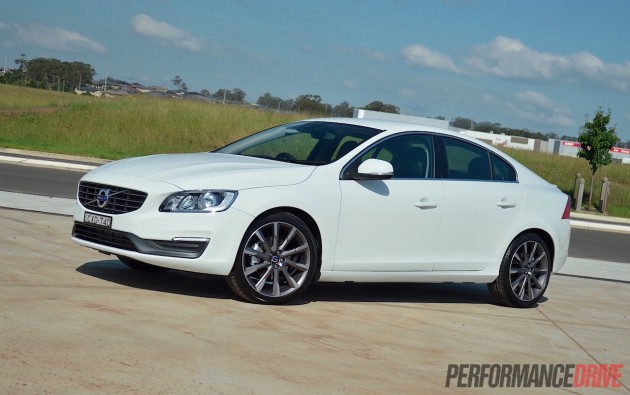 It’s a limited edition based on the entry-level T4 Kinetic, featuring a number of sporty highlights to give it a feistier personality. There’s no extra grunt under the bonnet or anything that extreme, but it’s not like the 1.6-litre turbocharged four-cylinder is desperately needing more oomph to begin with.

The engine dishes out 132kW of power and 240Nm of torque, which seems just enough for the 1495kg S60. Next to the engine is a six-speed sports automatic that feeds force into a front-wheel drive system. The Sprint Edition is only available with this combination.

Prices start at $54,888, which puts it at the steeper end of the semi-premium mid-size sedan segment. The special features provide around $4000 in added value. Unfortunately, just 100 examples of the Sprint Edition are being made. 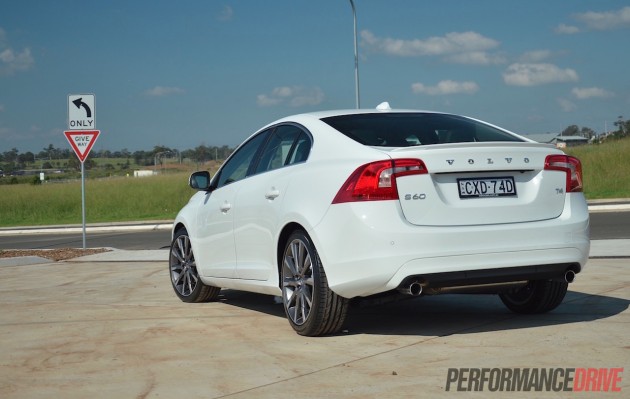 The Sprint Edition comes with sporty R-Design seats which we absolutely love, as well as 19-inch diamond-cut alloy wheels, a neat little lip spoiler mounted on the boot, and the full Sport Chassis package including taut sports suspension.

Modern Volvo interiors are a nice step away from the conservative and rather straight-cut German offerings. You get a calming mixture of tones and materials, with a floating centre dash fascia displaying the essential controls and buttons, with four main control knobs surrounding the face.

We found the climate control system to be overwhelmed in Australia’s hot conditions, with only a single centre vent and small side vents huffing and puffing. You have to really blast the fan speed to cool down the cabin. Obviously Sweden doesn’t have to deal with 30-degree-plus temperatures on a daily basis, so it’s hard to blame the in-car engineers for not taking us into consideration.

Seating space is more than adequate for this segment. Front passengers can enjoy the open, airy atmosphere, and the driver can lower the seat right down for extra headroom. In the back it’s a similar story, with decent legroom and headroom, and awesome soft cushioning for a comfortable ride. Rear venting is good thanks to some cleverly thought out vents placed in the B-pillars. Usually cars of this size only offer a single vent for rear passengers.

In terms of equipment, the T4 Kinetic comes with an LCD interface that allows you to surf through the various on-board functions and even read the owner’s manual or check the engine oil. There is no sat-nav though, despite the button which says so. You do get a rear-view camera and cruise control, as well as an LCD instrument cluster with changeable themes.

It doesn’t matter if you’re looking to haul around the family or have a suave executive commuter, the S60 caters for your needs. The styling is unique and rather sporty, the interior is well packaged and very comfortable, and it’s all quite practical with plenty of storage pockets and cubby holes. Of course, being a Volvo, it is also very safe and comes with all of the usual acronyms and some. ANCAP has given it a score of 36.34 out of 37 for safety, pushing it well into five-star territory. 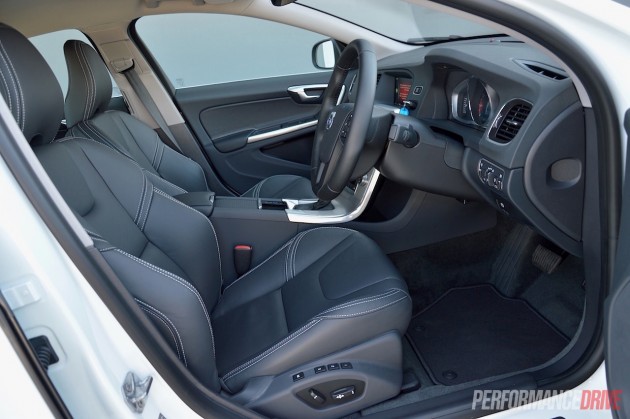 Going for the T4 means you miss out on Volvo’s sleek 3.0-litre turbo inline six, presented with the top T6 version. However, the 1.6 is surprisingly energetic and offers an impressive torque span. Although 240Nm is not a lot, it is available from 1600rpm all the way until 5000rpm. This means it doesn’t matter what gear you’re in the engine can pull you up to speed with ease.

Speaking of gears, there seems to be a delay during upshifts with the six-speed unit. This is fine for comfort but it does feel a bit unresponsive and hesitant in slow stop-start conditions. It’s especially apparent when you’re trying to pull away at very low speeds as it ‘thinks’ for a moment before providing you with the optimum gear.

Handling hasn’t always been a strong suit for Volvo. But with its latest wave of new models the company is now ready to compete at the median level. Underneath the S60 is a Ford Mondeo platform, which is quite dynamic and sharp in itself. With the Volvo you get strong grip and road holding around big bends, and a nimble-enough front end thanks to the sports suspension. It always remains stable and committed too, even over bumps and shoddy roads.

The steering is probably the weakest link in terms of dynamics and enjoyment. It feels like it just does its job without providing anything extra. Feedback is adequate yet unemotional, and there is a sloppy feeling just off centre. The actual steering wheel is also big and somewhat unappealing in our opinion.

As an everyday car, this is a very pleasant drive. The controls and surroundings are easy on the eye, the blind spots are minimal, and the ride is taut yet absorbent even along ordinary city streets and remote country roads – you’re certainly not going to be complaining about the ‘sport chassis’ setup being too stiff, unless you just stepped out of a Rolls-Royce.

Like the interior, the overall driving character is a bit of an all-rounder. It offers reasonably sporty capabilities without going too far causing compromise, but it’s also relaxing and fuss-free in that anyone can enjoy and feel confident driving it. With the 1.6 engine you’re also getting decent fuel economy. We couldn’t match the official 7.4L/100km rating but it’s easy to sit in the 8L/100km range in mixed conditions. If you want better, you can always go for the 133kW/400Nm D4 turbo-diesel which uses just 4.2L/100km on the combined cycle. 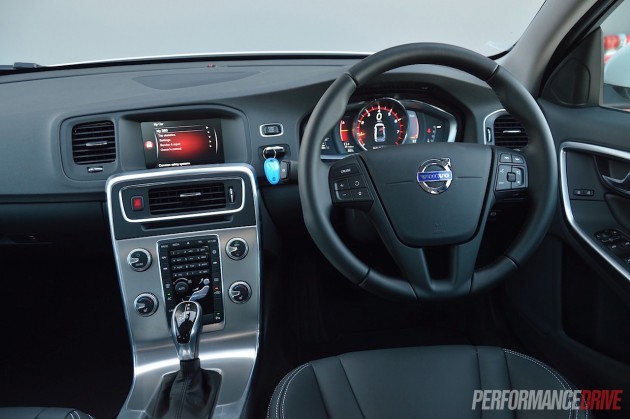 Seen as though the Sprint Edition is likely sold out, it points us to what is probably the better alternative anyway; the S60 D4. The T4 isn’t a performance car – for that you have the T6 and Polestar – so why not enjoy the high torque and incredible fuel economy of the diesel? It’s priced only just above the T4 and it comes with a newer eight-speed automatic.

CONS:
– Sloppy steering around centre
– Unresponsive transmission
– Air-con overwhelmed in the Aussie summer, takes a while to cool down the cabin 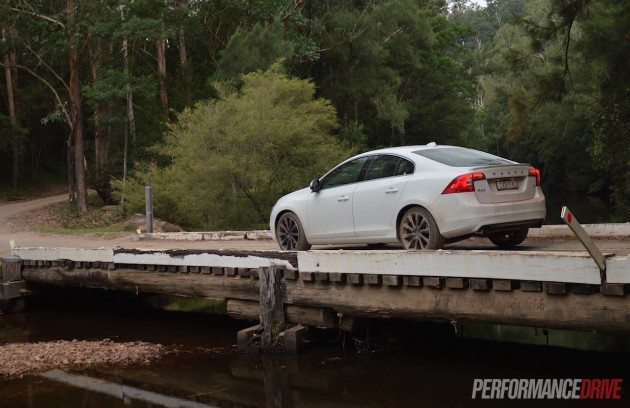