Nissan will introduce the quicker, more responsive, and better handling 2013 Nissan GT-R to Australian customers on February 1. The new model has lapped the Nurburgring in Germany in just 7:19.1, which is an improvement of around five seconds. 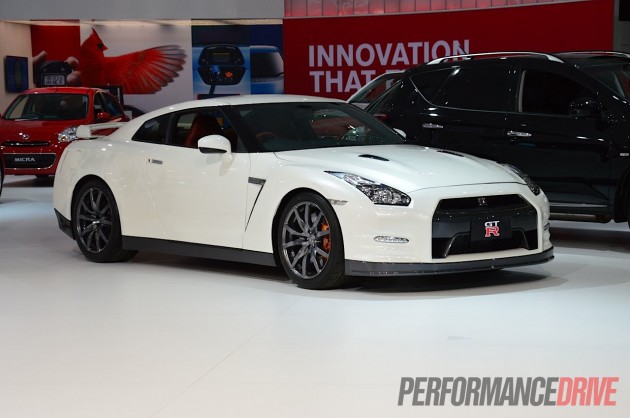 Some of the main changes to the 2013 model include a retuned engine to improve throttle response in the mid-range and in the top end. The suspension has also be revised with new stabilisers, and retuned dampers and springs, while the body has received some body stiffening measures.

As a result, the GT-R is quicker around a track while also offering a better ride quality and increased comfort on the road. High-speed stability has also improved, according to Nissan.

Just to refresh your memory, the GT-R is powered by a 3.8-litre twin-turbo V6 producing 405kW of power and 637Nm of torque. Power is sent through a rear-mounted six-speed dual-clutch automatic transmission, feeding torque to all four wheels.

A new optional luxury interior package will also be available, with semi-aniline amber red hand-stitched leather seats. Parts of the door trim, steering wheel and centre console are made to match.

The new model made its local debut at the Australian International Motor Show last month.

Prices are yet to be announced, however, the current model retails for $170,800.