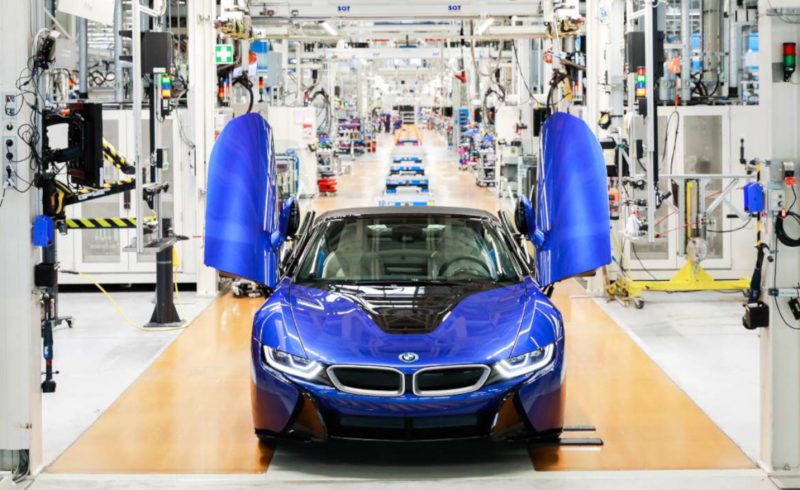 Production of the BMW i8 has come to an end, with the last example rolling off the production line in Leipzig, Germany, this week. The company and production facility will now focus on the next generation of electrified models. 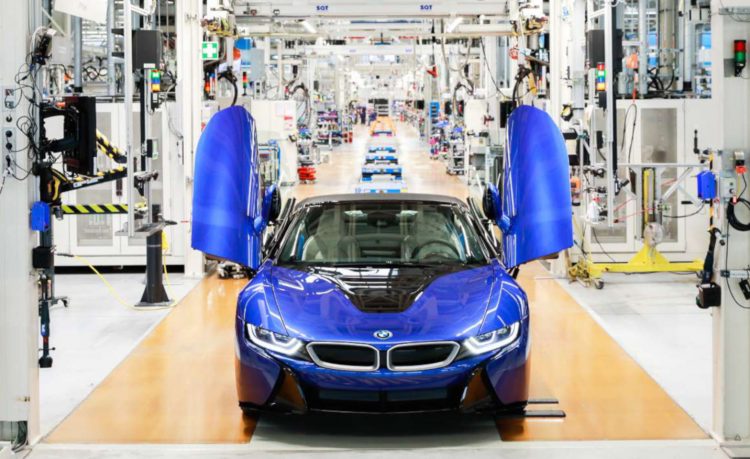 The last model was set to be wrapped up in April, however, the COVID-19 pandemic caused some delays. But now this week the last example has rolled off the line. It was a Roadster painted in Portimao Blue, which is only available from the BMW Individual suite. Although the fact that it’s the last i8 made, the colour alone makes it even more exclusive.

Since production of the i8 commenced in 2014, BMW has built 20,500 examples of the hybrid sports car. According to a BMWBlog report, the last 18 examples were specially-ordered and specified with bespoke features, and made available only to BMW i8 Club members.

Even just looking at the i8 tells you it is something a little different to the rest of BMW’s range. It was the first ‘i’ model to launch, with the i3, featuring a number of break-through technologies and innovations for the brand. It was its first plug-in hybrid production car too, showcasing a 1.5-litre turbo-petrol three-cylinder paired with an electric motor assist system. Combined, the package developed 275kW, enough for a claimed 0-100km/h time of 4.6 seconds.

Some of the unique highlights include the use of carbon fibre and lightweight construction in mass production, a futuristic design with a low-slung 2+2-seat cabin, and gull-wing doors. When it debuted it was also the first production car in the world to be offered with laserlight headlights. Speaking about the model series, Hans-Peter Kemser, BMW Plant Leipzig boss, said:

“The BMW i8 is a unique vehicle that was manufactured by unique employees. The experience gained here at the Leipzig plant ensures that the BMW Group has lightweight construction expertise that is unique in the automotive industry. The BMW i8 is an integral part of Leipzig. The i8 is a brand ambassador for the BMW Group and for our plant. For the last six years. And also in the future.”

So, what’s next for the BMW i brand? Just around the corner is the iX3 fully electric mid-size SUV. This will be followed by the i4, which is set to be an electric version of the 4 Series, as well as the iNEXT electric SUV next year. All up, BMW is planning to offer 25 electrified models, including hybrids, by 2023, with over half of these set to feature fully electric propulsion.