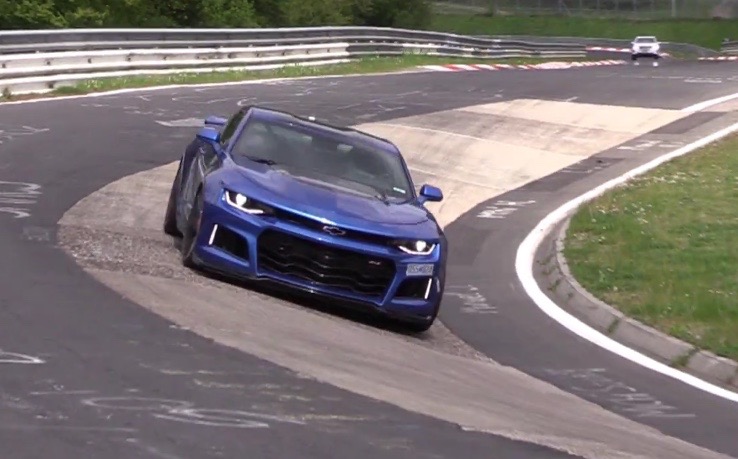 Chevrolet has been spotted test driving prototype versions of the new 2017 Camaro ZL1 at the Nurburgring, really pushing the new car to the limits. 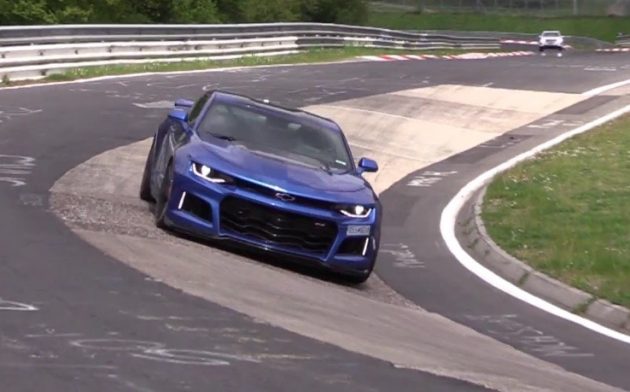 Not to be confused with the Camaro Z/28, the ZL1 sits at the top of the rankings in terms of performance track-ready machines. Under the bonnet is expected to sit a 6.2-litre supercharged V8 producing at least 477kW.

The mechanical side of things are also set to be enhanced, with special magnetic dampers and bespoke springs helping with handling, along with huge Brembo brakes hiding behind 20-inch lightweight alloy wheels.

Buyers are likely to be offered a six-speed manual or a new 10-speed automatic option, sending power down into a heavy-duty limited-slip differential with enlarged drive shafts to cope with the power. In the video below you can hear the new 10-speed auto working away in the red car.

As you can see by this spy video, the new ZL1 will feature revised bodywork with an increased focus on aerodynamic optimisation. There’s a huge front intake gulping in air, supported by a lip spoiler, wider wheel arches, side skirts, and a chunky diffuser at the back. Reports say some of the parts will be adaptive, adjusting to the conditions.

Of course, the rest of the body is based on the new-look Camaro, which gets all new body panels, and fresh headlights and taillights, along with a completely overhauled interior incorporating GM’s latest infotainment package.

Given that these prototypes aren’t camouflaged, we expect an official debut to be announced very soon. With any luck, hopefully GM will decide Australia needs a rival to the Ford Mustang.