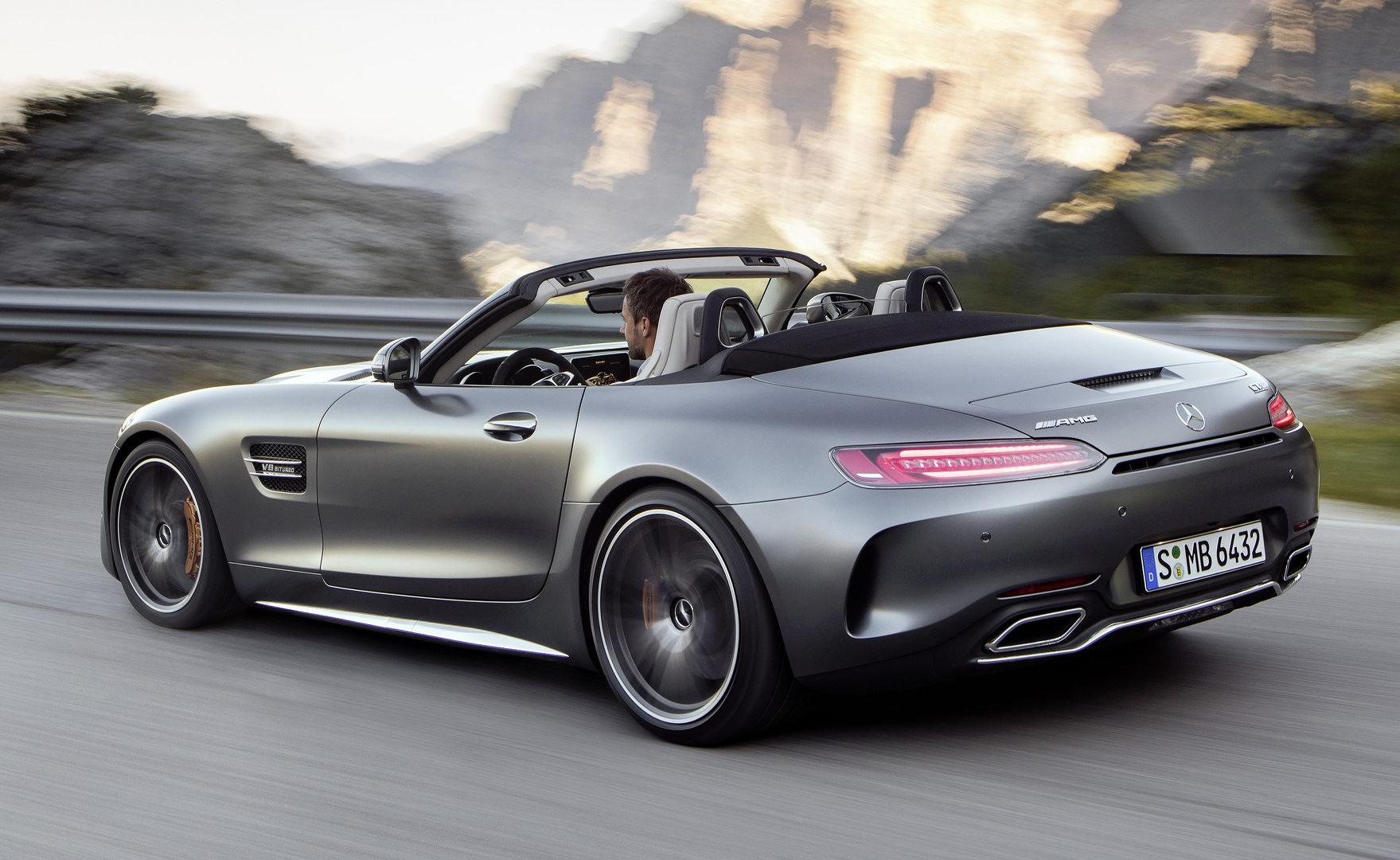 Just two days ago we revealed a teaser of the Mercedes-AMG GT C Roadster. Now though, AMG has spilled the beans on its latest creation, including releasing plenty of glamorous images. It comes in two forms; the GT Roadster and the GT C Roadster. 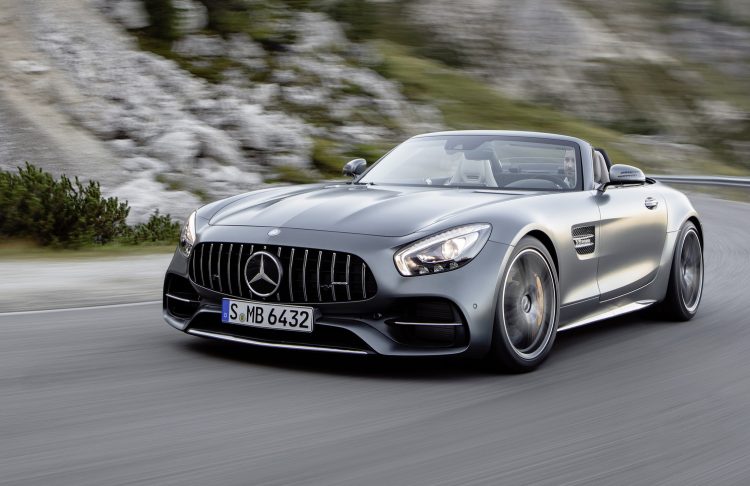 You’d be forgiven for thinking the AMG GT lineup is getting a little confusing, now consisting of five members of the family, so we’ll quickly break it down for you. The GT Roadster sits above the standard GT in terms of power and price, while the GT C Roadster sits above that and the AMG GT S in terms of power, being AMG’s most powerful Roadster variant, ultimately sitting below the flagship GT R within the increasingly convoluted family.

AMG was more liberal with its power increase for the GT C Roadster, pushing out 410kW/680Nm from a similar 4.0-litre biturbo V8; a 35kW/31Nm increase over the GT S Coupe which sheds the 0-100km/h run to just 3.7 seconds. This means the GT C Roadster sits flush between the S and R coupes, with a GT C hardtop on the way sometime in 2017, according to reports. 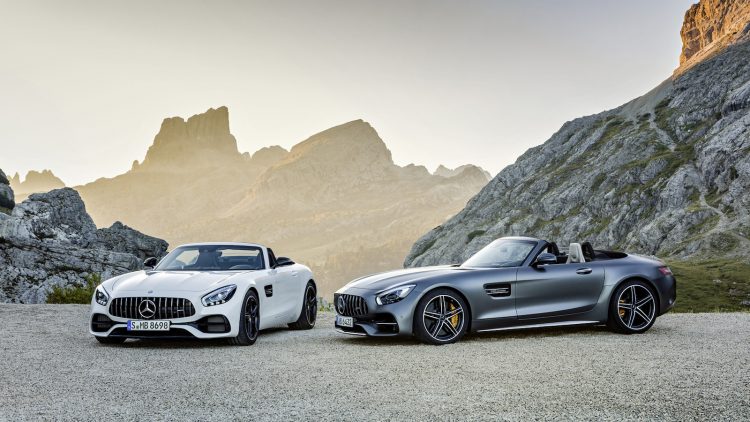 Both Roadsters are packaged with a fabric roof which takes 11 seconds to retract, at speeds of up to 50km/h. Both the GT and GT C receive the GT R’s active air management system which reduces drag at lower speeds, but increases airflow to the engine at higher speeds.

In the GT C power is transferred to the rear wheels via a remapped version of Mercedes’s seven-speed dual-clutch Speedshift transmission, as well as AMG’s performance exhaust system. The AMG GT C Roadster also comes with an electronically-controlled locking differential at the rear, while the GT Roadster has a mechanical locking diff.

“With our two Roadster models, we are strategically expanding the AMG GT family by two exciting variants. With the AMG GT C Roadster, we are also introducing a new model variant to which we have transferred main performance-related components from our top sports car, the AMG GT R. The result: a highly dynamic driving experience in a very exclusive ambience, coupled with that pure roadster feeling,” says Tobias Moers, Chairman of Mercedes-AMG

Mercedes-AMG says pricing will be confirmed closer to its release, with deliveries expected to begin in the southern hemisphere’s spring. Both the GT and GT C Roadsters will receive the star-treatment when they are launched at the upcoming Paris Motor Show.