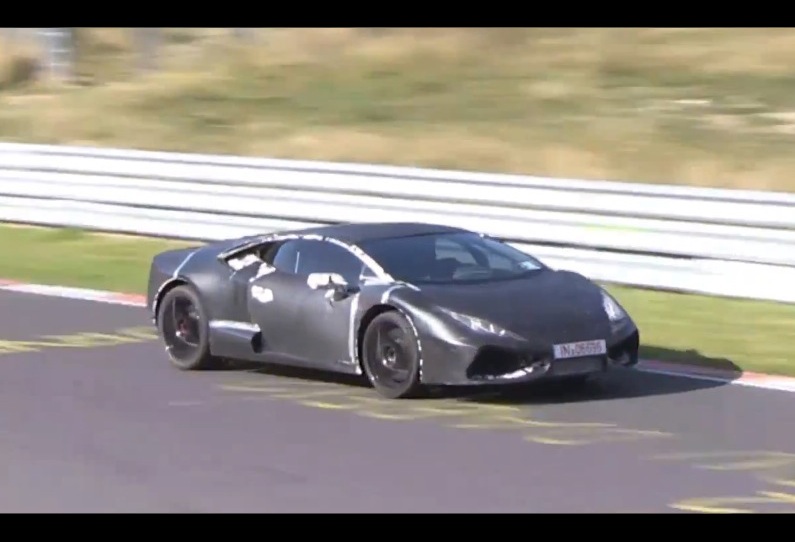 Lamborghini has been spotted testing a prototype version of the upcoming Lamborghini Gallardo successor, also known as the ‘Cabrera’, out on the Nurburgring in Germany. 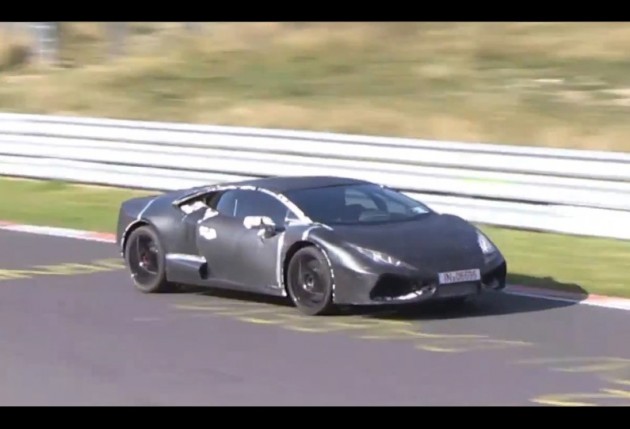 This is the first time we’ve heard the new supercar undergoing full-throttle testing (or at least near full throttle). We also get to hear a dual-clutch transmission, which is set to be borrowed from the latest seven-speed Audi R8.

According to reports, the Cabrera will come with a slightly tweaked version of the Gallardo’s 5.2-litre V10. Although specs are yet to be confirmed, we could be looking at somewhere around the 445-450kW mark.

In the video, posted on worldcarfans YouTube channel, the engine gives off a very clean and precise note compared with the current V10, with a touch of bass lower down in the rev range. It almost sounds like the engine is downsized from the 5.2-litre capacity. 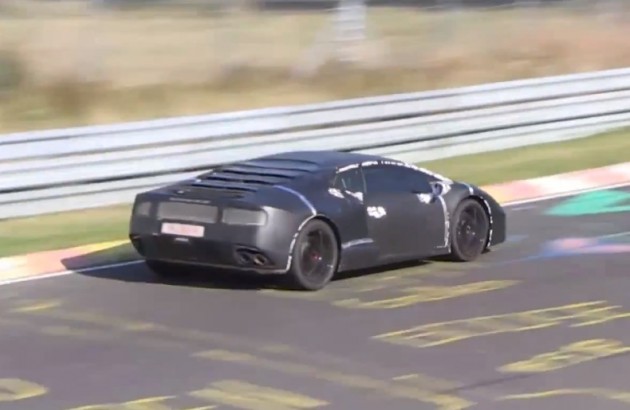 As for the styling, the prototype is wearing heavy camouflage. Even so, it appears to borrow some of the side profile design elements from its bigger brother, the Aventador. The rear looks curvy while the front adopts a shorter, more steeply raked windscreen and bonnet over the sharper Gallardo.

It’s understood the body will be made mostly of carbon fibre to help keep overall weight to around the 1500kg mark.

Click play below to take a look, and listen. All is expected to be revealed in the next few months.