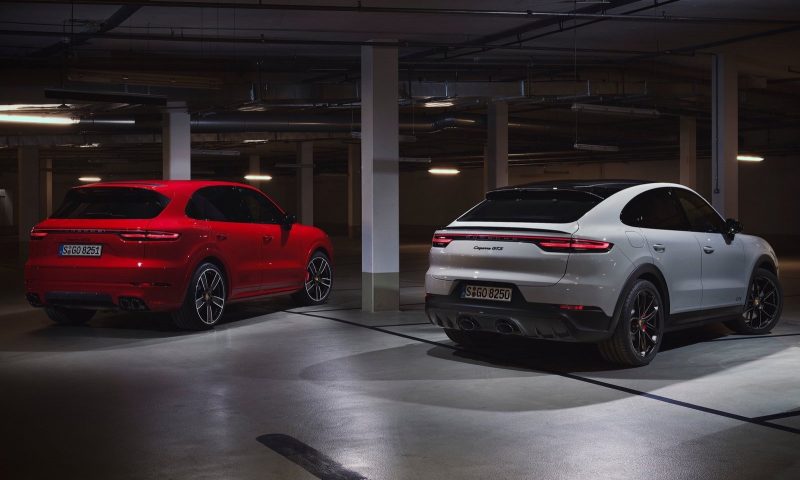 Want a V8 Porsche Cayenne but can’t stretch to the Turbo? You’re in luck. The company has just revealed the 2020 Cayenne GTS V8, and it’s now available on the Australian market. The 2020 Porsche Cayenne GTS follows in the footsteps of a long line of GTS variants, offering serious sportiness but without compromising daily practicality. In the case of the new Cayenne GTS, it’s powered by an exclusive (for the Cayenne range) 4.0-litre twin-turbo V8 that belts out 338kW and 620Nm.

This is the same unit that’s found in the Panamera GTS, and in big SUV it provides 0-100km/h acceleration in a claimed 4.5 seconds with the Sport Chrono pack and a top speed of 270km/h. The GTS trim is available on both the Cayenne and Cayenne Coupe, however, the Coupe version comes standard with the Sport Chono pack. The wheels hide 390mm front and 358mm rear brakes which are clamped by red-painted calipers. Porsche Torque Vectoring Plus is also fitted as standard to enhance the drive experience and capability. Completing the hardware is a pair of centrally-mounted exhaust outlets, unique to any Cayenne variant. As for the interior, it uses bespoke eight-way power sports seats in the front with GTS logos, a smattering of Alcantara highlights such as for the roof lining, seat sections, centre console, and doors. There’s also dark-brushed aluminium trimmings for that clubsport theme.

The 2020 Porsche Cayenne GTS is available to order in Australia now, with deliveries scheduled to arrive during the fourth quarter. Prices start from $192,900 for the regular Cayenne GTS, and from $198,200 for the GTS Coupe (excluding on-road costs).