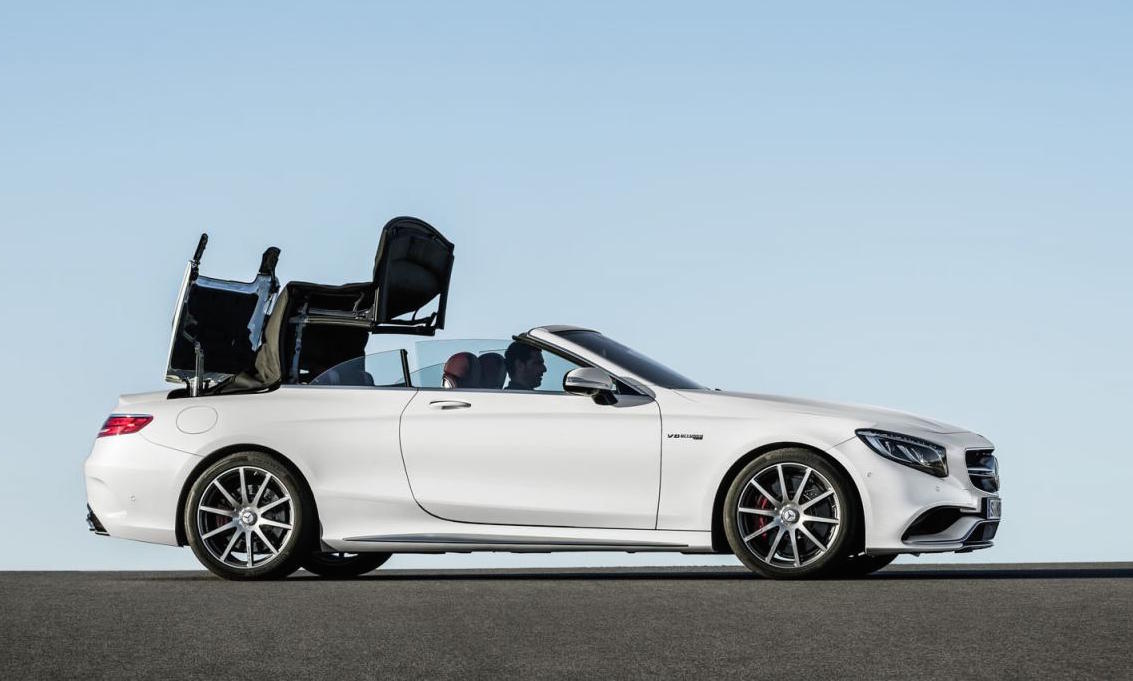 A quick, cursory glance over the car market shows a few market segments not as healthily represented as they once were. Massive convertibles with sprawling room for at least four spring to mind, with the Rolls-Royce Phantom Drophead all but having that meal all to itself. 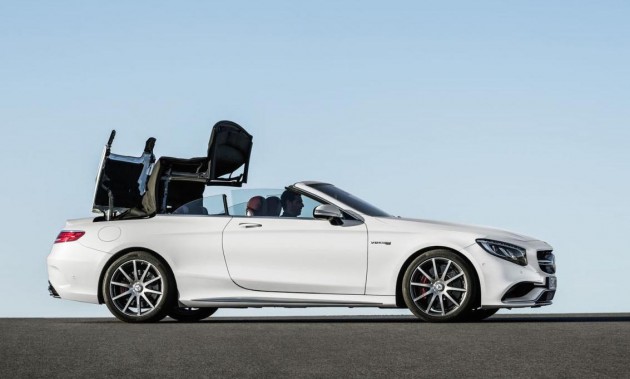 The roof itself can be deployed in 20 seconds at speeds of up to 60km/h – despite its added length borne from having to shelter a proper, capacious four-seater interior. The roof features three-layer acoustic sound deadening. Whats even more remarkable is the drag coefficient of 0.27 with the roof closed, or 0.29 with it open. Astounding figures on such a large car, let alone with a turbulence-provoking drop top.

Mercedes will be showing off the new drop-top at the Frankfurt Motor Show in a couple of weeks. It’s set to go on sale in Europe in December, with deliveries taking place during the first half of 2016. An Australian introduction is expected shortly afterwards.