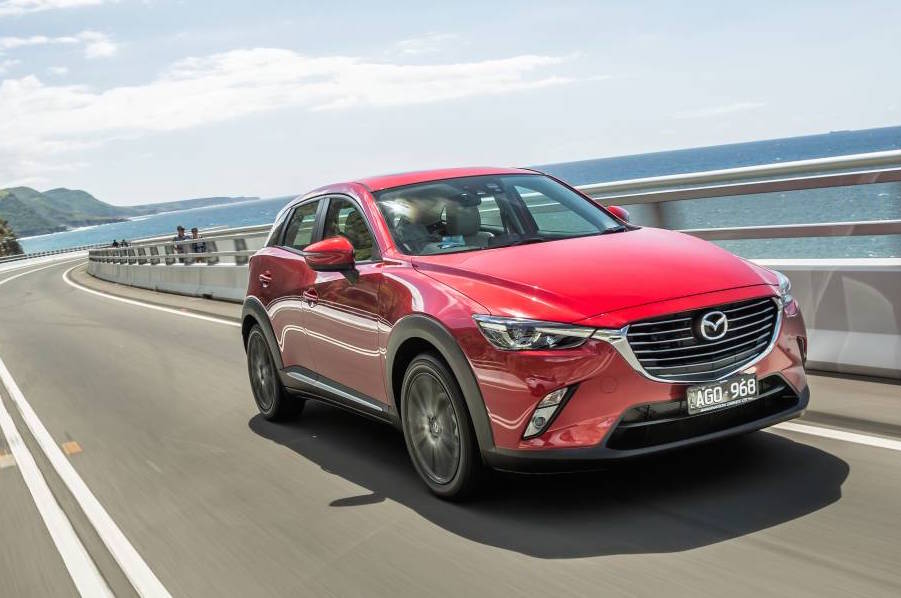 Mazda has taken out the top spot in the annual J.D. Power customer service survey, with Toyota and Subaru rounding out the top three. 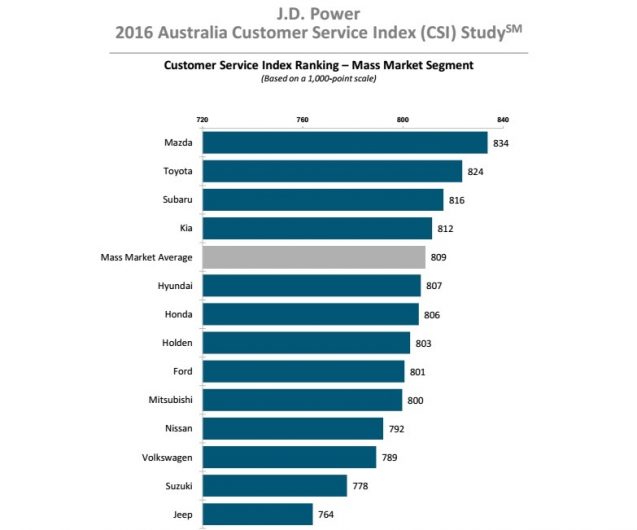 The Japanese domination of the podium was headed by Mazda who managed a score of 834 index points, ahead of Toyota’s 824, Subaru’s 816, and fourth-place Kia who accumulated 812 index points.

Fellow Korean manufacturer Hyundai took out fifth place, with a score of 807, just below the mass market average figure posted by J.D. Power which stands at 809 index points. The top ten was rounded out by Honda, Holden, Ford, Mitsubishi and Nissan. For those with a keen eye, it’s not hard to spot a trend. 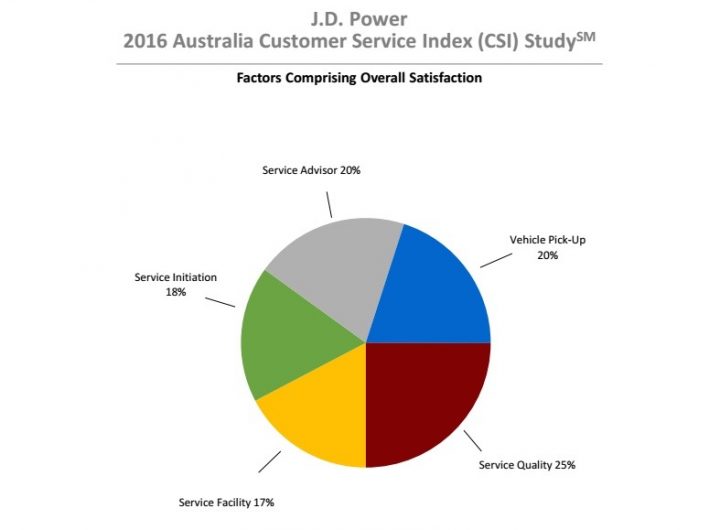 The 2016 Australian Customer Service Index (CSI) is a study conducted by J.D. Power that takes both qualitative and quantitative feedback from new vehicle owners. The survey is not an overall indication as to how satisfied someone is with their car, more specifically it relates to their experience while servicing and maintaining their recent purchase.

Of those five criteria, J.D. Power’s results found that service quality was of the most importance, at 25 per cent, with service advisor and vehicle pick-up tied in second place with 20 per cent.

Notably, J.D. Power also reported there has been a 10 per cent spike in customers returning to the same dealership they purchased the vehicle from, over last year’s results. The survey notes that the growth in customer loyalty is “attributed in large part to efforts automakers have made to ease concerns around servicing and maintenance costs.”